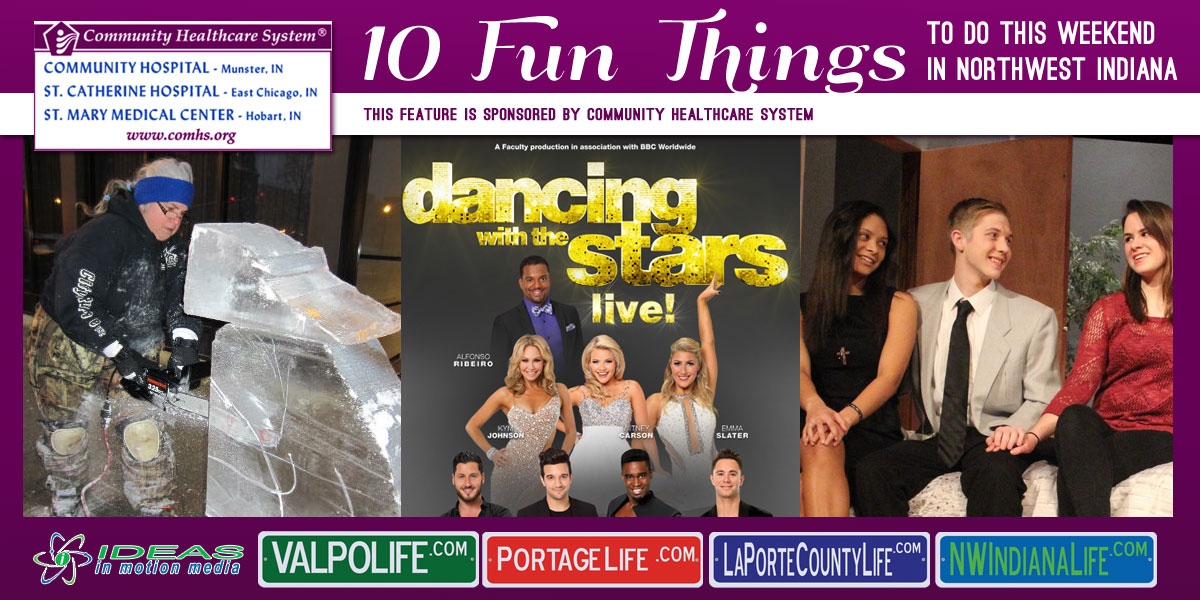 We're getting a little relief from the frigid winter temperatures we've seen in the past few weeks, and there are plenty of ways to take advantage! We've highlighted 10 of our favorite events this weekend, but we want to know - what are you doing?

If you have an event or an suggestion, send us an email at share@ideasinmotionmedia.com!

Celebrate 60 Years with the Chicago Street Theatre from January 23rd through 25th
On the weekend of January 23-25, Chicago Street Theatre continues to celebrate their 60th Anniversary and the 20th Anniversary of their Children's Educational Programming with works by two of their former students. Julia Weiss and Sarah Dooley were a pair of middle school kids when they did productions and classes together at Chicago Street in the late 90's and early part of 2000. The weekend they are returning for is special because these two friends will get the chance to share the stage with the opening of Weiss' play TAMMY: A Coming of Age Story About a Girl Who is Part T-Rex on Friday and Saturday and a concert by Dooley on Sunday. The Latter's album Stupid Things jumped to No. 19 on iTunes last year as the theatre was constructing its anniversary season.

Michigan City - La Porte Boys Basketball Game to Feature Sauers Half Court Shot for a Ford Focus!
The Battle of La Porte County's two biggest school's boys basketball team just got bigger, as Sauers Auto will sponsor a Half Court Shot contest, with the winner receiving a Ford Focus! The game will take place on January 23, 2015 at halftime of the boys' game. The winner of a raffle will have one shot for the Focus

La Porte WinterFest 2015
The annual WinterFest, organized by the La Porte Park and Recreation Department, returns in late January, with a many of the events enjoyed over the past years as well a couple new twists to bring a blast of winter fun to town. The events kick off with Ice Sculpture Demonstrations, presented by Downtown La Porte and local businesses and organizations. The sculptures will line our city’s sidewalks beginning at 4 p.m. Friday, Jan. 23. The carvings offer shoppers an opportunity to peruse the offerings of downtown shops while admiring the creative designs.

Rebuilding Together - Portage is Having a Pancake Breakfast January 24th!
Rebuilding Together is a national organization that assists seniors, veterans and other low income people with repairs of their house. Portage just happens to have a chapter! Please help us raise the money we need to be able to help those who really need our assistance.

Join the Hospice of Calumet on Saturday, January 24th, for the Miller Beach White Party
Looking for something different to do during this arctic freeze and support Hospice of the Calumet Area? Consider the Miller Beach White Party. The unique experience will be held on Saturday, January 24th starting at 8:00 p.m. at the Miller Beach Arts and Creative District’s Marshall J. Gardner Center, 540 N. Lake Street. Tickets are $35 each, and there are only 200 available so don't miss out on this great opportunity to support the Hospice of the Calumet Area.

See Dancing with the Stars Live!
Did you know that you have a chance to see the show live right here in Northwest Indiana? Twice? That's right. The Star Plaza Theatre is the place to see your favorite dancers and there celebrity partners cut a rug in 2015. And now, a 2nd Dancing with the Stars Live! show has been added! The first is on Saturday, January 24th at 4pm and then another right afterward at 8pm that same day.

Winter Wine Wonderland 2015
Experience a magical evening of wine, dining, and fun January 24, 2015. Taste a variety of wines and enjoy a roaring fire. Dine on Southern Italian cuisine while listening to live entertainment featuring Jim Post. There are two dates to choose from: Saturday January 17, 2015 and January 24, 2014. Cost is $375 per couple. Package includes overnight accommodations for two at Serenity Springs and complimentary limo transport to and from Shady Creek Winery where you will get to partake in wine tasting and receive a complimentary bottle of wine with your meal. Dinner will be provided by Scartozzi's Trattoria and live entertainment will take place featuring Jim Post from 5pm to 8pm. All of this takes place at Shady Creek Winery.

Local Dog Rescue to Host Chili Cook-Off
Giant Paw Prints Rescue of Valparaiso, Indiana, will host a chili cook-off on January 25th, 2015, in order to raise money for medical treatments of current fosters. Giant Paw Prints Rescue (GPPR) will host the cook-off on Sunday, January 25th, at Semento’s Napoli Café, 1200 West Street, Valparaiso, Indiana. The event will begin at 1pm and is open to everyone over the age of 21. The cost to enter your homemade chili is $20 and the cost to judge is $5. There are prizes for the winners.