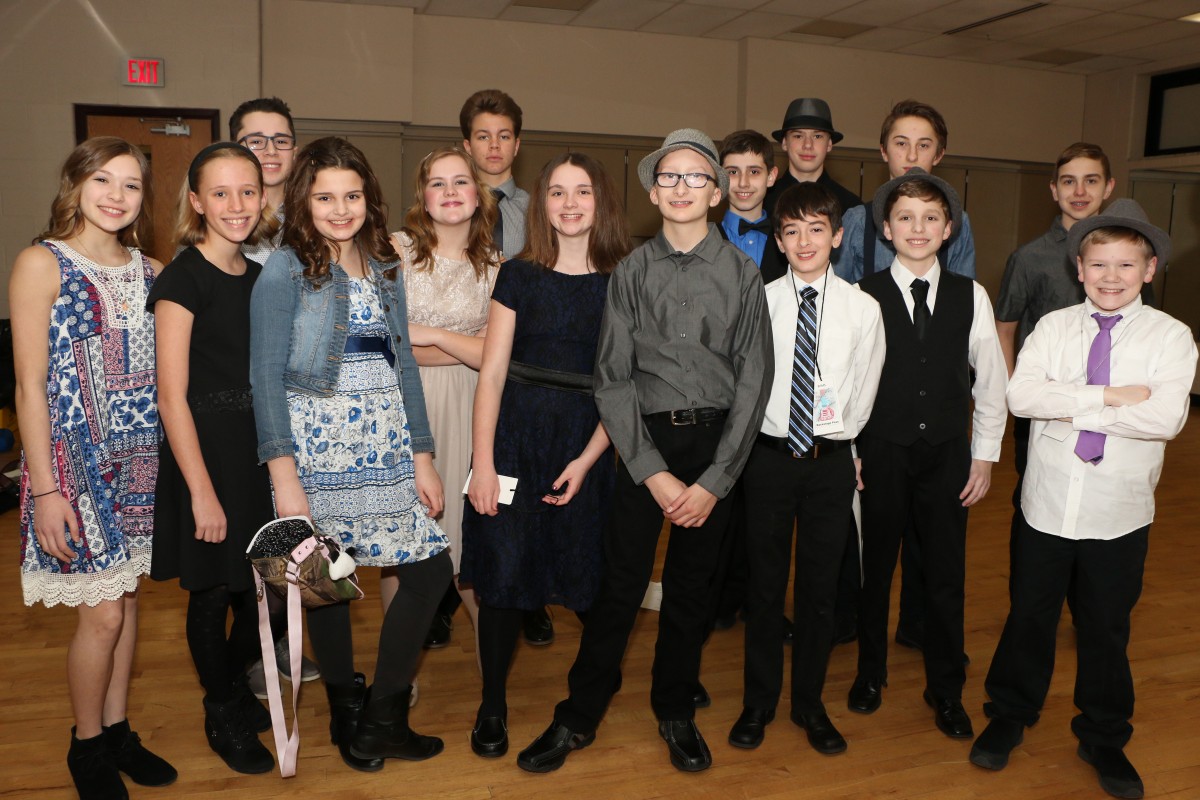 For the 11th year in a row, Ben Franklin Middle School’s Blues Project rocked the house with a special program that entertained, education and brought people together.

The Blues Project was started 11 years ago by Ben Franklin Middle School 8th Grade US History Teacher Scott Cvelbar, and it aims to celebrate black history through music.

“I think a lot of times for Black History Month, there’s a kind of a stock history lesson everyone teaches about Dr. Martin Luther King Jr. and Rosa Parks, who were amazing people. To me, music hits a little closer to home because it’s usually made by - especially blues music - everyday average citizens," said Cvelbar. "With Blues, you really get a feel for what it was like for ordinary people that way. So when we listen to these songs, from sharecroppers in the Mississippi Delta, I think you really get to see what the African American experience was like more than just a lesson in the textbook.”

This year's program, Mississippi Delta Blues, helped the audience explore the "Birthplace of Blues" through the music of people who lived it and poured their hearts and souls into creating a new form of music. The Mississippi Delta Blues fascinated Cvelbar when he visited the area, which heavily influenced the program.

“Three years ago, I got a grant to go the Mississippi Delta for a National Endowment for the Humanities program. I met a guy down there named Dan Hawthorne from Rensselaer, Indiana, and we hit it off. We liked the same kind of music and enjoyed the place together. We’re both history teachers and so we had this really special experience with the Mississippi Delta and he was available this year, so I asked, 'Why don’t we team up and do a blues project that’s themed around that?' That was the impetus for this year's theme.”

Hawthorne joined The Blues Project to bring incredible facts to the audience about Muddy Waters, W.C. Handy, and BB King. A projector provided photos from his trip the birthplace of Blues, and as well as photos from the era.

“Tonight will be different from other years because we have a little more acoustic music, the first 7 or 8 songs are all acoustic, when usually we just have one or two. A lot of that really recognizable and famous Delta music is unplugged because there were no plugs to plug into,” Cvelbar said.

The show began with acoustic sougs like “Oh Mary Don’t You Weep,” “Hard Time Killing Floor,” and “Death Letter Blues.” Eventually, the young musicians were joined by more experienced blues musicians as the night’s program traveled through topics of slavery, sharecropping, the Mississippi Flood, the killing of Emmett Till (which sparked the right’s movement), and all the people who helped create what we know to be "blues."

It takes a village to raise a successful middle school blues band. According to Cvelbar, "Our house band is very helpful in teaching the kids the music, and playing side by side with them, and encouraging them, and supporting them as they go."

The Blues Project has come a long way, from its humble beginnings playing to a half-full auditorium at the middle school to a packed auditorium at Chesterton High School, and has played at local venues such as County Line Orchard and Zao Island, and has even been featured at the Chicago Blues Festival.

Cvelbar won the "Keeping Blues Alive Award" from The Blues Foundation for the time and resources he puts into preparing the event every year.

The students put in a lot of work as well. Jay Dalton, a freshman at Valparaiso High School said, “This is awesome. My first year was last year as an 8th grader and I’ve loved it ever since. When I’m singing, I actually listen to the words, and I really feel like how they were feeling when they wrote it.”

The event impressed it's audiences too. Laura Remijan said, “We absolutely love it. What makes it amazing is the kids' participation and the kids are learning history as well. It’s so cool to see them perform."

"I love being able to play side by side with these kids, Cvelbar said. "They’re so talented that I get to go all kinds of great places just riding on their coattails."

Catch The Blues Project when they return to the Chicago Blues Festival this summer. Stay tuned!