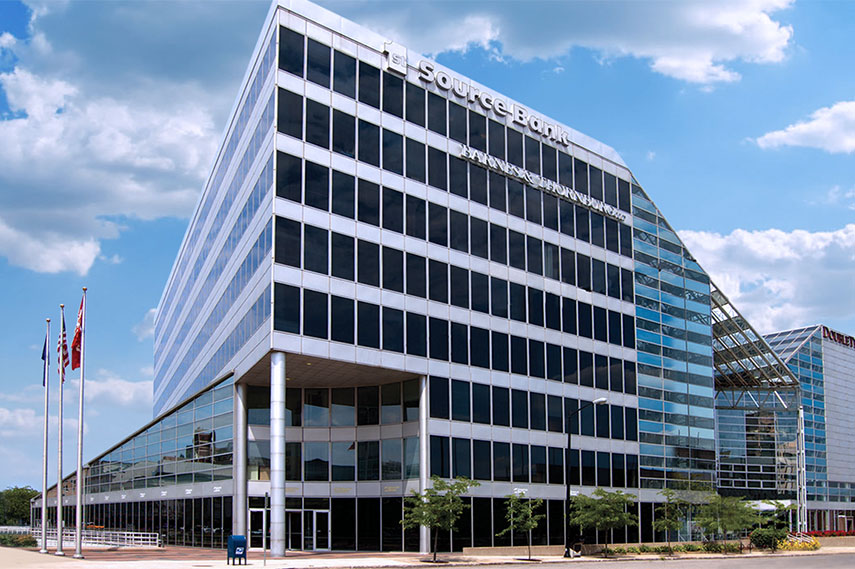 1st Source Corporation (NASDAQ: SRCE), parent company of 1st Source Bank, today reported a record high net income of $68.05 million for the year of 2017, an increase of 17.76% compared to $57.79 million earned in 2016. Fourth quarter net income was $17.99 million, an increase of 18.19% compared to $15.23 million earned in the fourth quarter of 2016. The annual net income comparison was impacted by both positive and negative pre-tax items. It was positively impacted by gains on the sale of investment securities of $4.34 million and gains on the sale of fixed assets and leased equipment of $1.08 million. These positives were partially offset by contributions to the 1st Source Foundation of $2.54 million and software and consulting costs of $1.31 million for the design and implementation planning of Salesforce®, a customer relationship management (CRM) system. Also, the revaluation of net deferred tax liabilities due to the federal tax rate reduction as part of the Tax Cuts and Jobs Act resulted in a one-time tax benefit of $2.61 million.

At its January 2018 meeting, the 1st Source Board of Directors approved a cash dividend of $0.22 per common share, an increase of 10.00% over the prior quarter. The cash dividend is payable to shareholders of record on February 5, 2018 and will be paid on February 15, 2018.

According to Christopher J. Murphy III, Chairman, "1st Source Corporation had a record year and 2017 was our 30th consecutive year of dividend growth. Quarterly average deposits have increased 6.45% over the fourth quarter 2016 and 3.49% compared to third quarter 2017. Annual average deposits for 2017 are up 4.43% from 2016. The company experienced strong loan growth in 2017. Average loans and leases increased 7.15% in the fourth quarter of 2017 over the fourth quarter of 2016. Year over year, average loans and leases grew by 5.34%. Credit quality remains stable.

We are proud of the way we serve our clients. At December's annual meeting for the Indiana District of the U.S. Small Business Administration (SBA), we received the "Gold Level Award" for the Community Bank category for the fifth year in a row. Among community banks with less than $10 billion in assets, the award honors 1st Source Bank as #1 for delivering the greatest number of SBA loans in Indiana in 2017, helping small businesses grow and succeed in our communities. This award is confirmation of our commitment to delivering outstanding client service. This commitment exists whether our client prefers to bank in person, on-line or through their mobile device.

The new federal tax rate should have a positive impact on net income in 2018 and provide additional funds to invest in our people, our technologies, our client service and our branch, on-line, and mobile delivery channels. Of course, as the leading financial institution in our market, we will maintain attractive wage levels matching pay with skills, education, experience and job requirements. And we will continue to invest in the educational and personal development of our colleagues so we continue to grow together." Mr. Murphy added.

Noninterest Income
Noninterest income increased $3.32 million or 14.83% and $9.76 million or 10.97% in the three and twelve month periods ended December 31, 2017, respectively over the same periods a year ago. The increase in noninterest income was mainly due to higher equipment rental income resulting from an increase in the average lease portfolio, gains on the sale of available-for-sale equity securities, increased trust and wealth advisory fees, improved customer swap fees, and higher debit card income offset by reduced partnership gains resulting from the liquidation of an investment during 2016.

Noninterest Expense
Noninterest expense increased $5.55 million or 13.29% and $10.35 million or 6.33% for the three and twelve months ended December 31, 2017, respectively over the comparable periods a year ago. Excluding depreciation on leased equipment, annual noninterest expenses were up $6.82 million or 4.80%. The increase in noninterest expense was primarily due to higher depreciation on leased equipment, increased charitable contributions, increased loan and lease collection and repossession expenses and higher consulting fees, offset by reduced group insurance claims, lower FDIC insurance assessments and gains on the sale of leased equipment, fixed assets and repossessions. Depreciation on leased equipment was higher as a result of an increase in the average lease portfolio. Loan and lease collection and repossession expenses increased mainly due to lower recoveries on repurchased mortgage loans, fewer gains on the sale of other real estate owned, higher valuation adjustments and an increase in general collection and repossession expenses. Consulting fees grew in 2017 primarily due to the CRM system project.

The provision for loan and lease losses for the fourth quarter and full year of 2017 increased $2.88 million and $3.15 million, respectively compared with the same periods in 2016.

ABOUT 1ST SOURCE CORPORATION
1st Source common stock is traded on the NASDAQ Global Select Market under "SRCE" and appears in the National Market System tables in many daily newspapers under the code name "1st Src." Since 1863, 1st Source has been committed to the success of the communities it serves. For more information, visit www.1stsource.com.

1st Source may make other written or oral forward-looking statements from time to time. Readers are advised that various important factors could cause 1st Source's actual results or circumstances for future periods to differ materially from those anticipated or projected in such forward-looking statements. Such factors, among others, include changes in laws, regulations or accounting principles generally accepted in the United States; 1st Source's competitive position within its markets served; increasing consolidation within the banking industry; unforeseen changes in interest rates; unforeseen downturns in the local, regional or national economies or in the industries in which 1st Source has credit concentrations; and other risks discussed in 1st Source's filings with the Securities and Exchange Commission, including its Annual Report on Form 10-K, which filings are available from the SEC. 1st Source undertakes no obligation to publicly update or revise any forward-looking statements.

NON-GAAP FINANCIAL MEASURES
The accounting and reporting policies of 1st Source conform to generally accepted accounting principles ("GAAP") in the United States and prevailing practices in the banking industry. However, certain non-GAAP performance measures are used by management to evaluate and measure the Company's performance. Although these non-GAAP financial measures are frequently used by investors to evaluate a financial institution, they have limitations as analytical tools, and should not be considered in isolation, or as a substitute for analyses of results as reported under GAAP. These include taxable-equivalent net interest income (including its individual components), net interest margin (including its individual components), the efficiency ratio, tangible common equity-to-tangible assets ratio and tangible book value per common share. Management believes that these measures provide users of the Company's financial information a more meaningful view of the performance of the interest-earning assets and interest-bearing liabilities and of the Company's operating efficiency. Other financial holding companies may define or calculate these measures differently.

Management reviews yields on certain asset categories and the net interest margin of the Company and its banking subsidiaries on a fully taxable-equivalent ("FTE") basis. In this non-GAAP presentation, net interest income is adjusted to reflect tax-exempt interest income on an equivalent before-tax basis. This measure ensures comparability of net interest income arising from both taxable and tax-exempt sources. Net interest income on a FTE basis is also used in the calculation of the Company's efficiency ratio. The efficiency ratio, which is calculated by dividing non-interest expense by total taxable-equivalent net revenue (less securities gains or losses and lease depreciation), measures how much it costs to produce one dollar of revenue. Securities gains or losses and lease depreciation are excluded from this calculation to better match revenue from daily operations to operational expenses. Management considers the tangible common equity-to-tangible assets ratio and tangible book value per common share as useful measurements of the Company's equity.

See the table marked "Reconciliation of Non-GAAP Financial Measures" for a reconciliation of certain non-GAAP financial measures used by the Company with their most closely related GAAP measures.