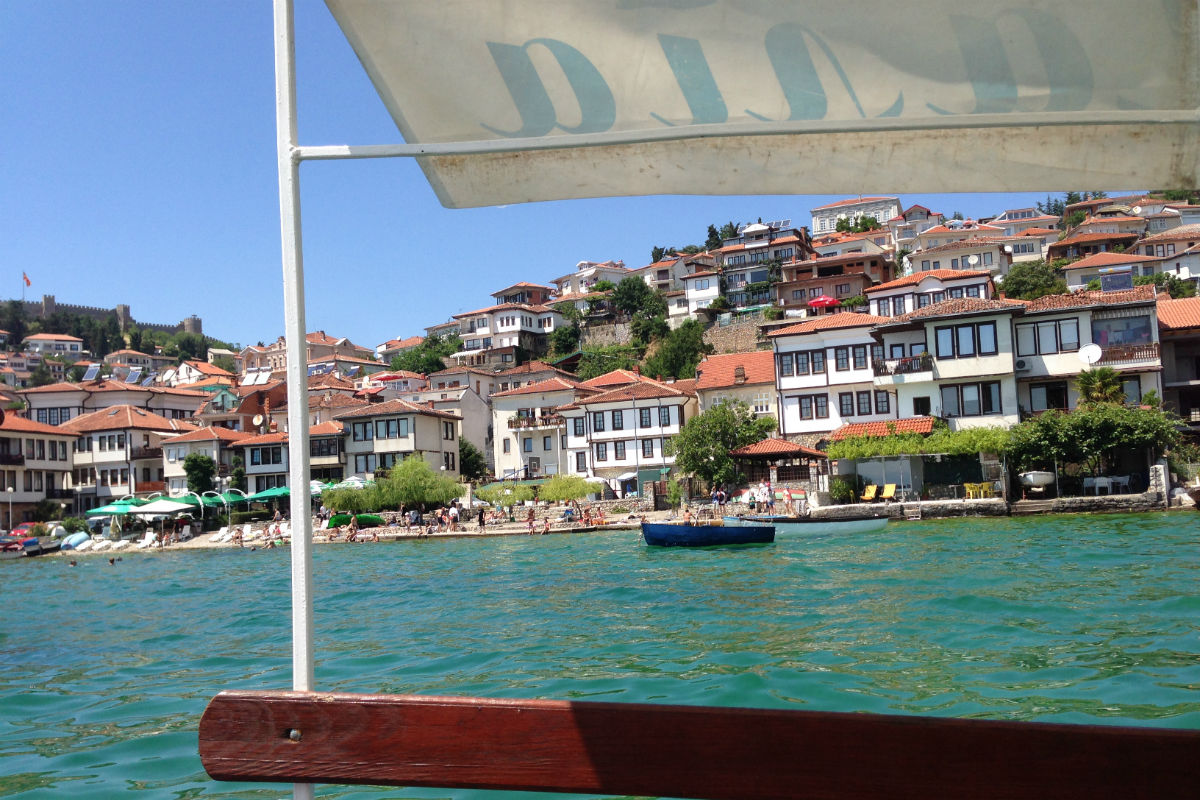 This summer, I was fortunate to travel abroad to the Republic of Macedonia, located in southeastern Europe in the heart of the Balkan Peninsula and known as the pearl of the Balkans. From touring the scenic countryside to sampling traditional cuisine, I observed many cultural aspects of Macedonian society. Moreover, I was able to take in-depth sightseeing throughout many Macedonian cities and towns while being exposed to foreign topics, including ancient history, current events, educational system, and government.

Throughout my trip, I noticed multiple similarities and differences between the United States and Macedonia and, in the end, learned more about each country. I highly recommend visiting Macedonia for its natural beauty, unique landscape, divine cuisine and welcoming people.

Skopje is the capital of Macedonia and is located in the center of the Balkan Peninsula, or halfway between Belgrade, the capital of Serbia, and Athens, the capital of Greece. Skopje is also the birthplace of Mother Teresa and an important transportation and trade center, as well as an industrial hub where chemicals, cement, machinery, and diverse electric products are manufactured. 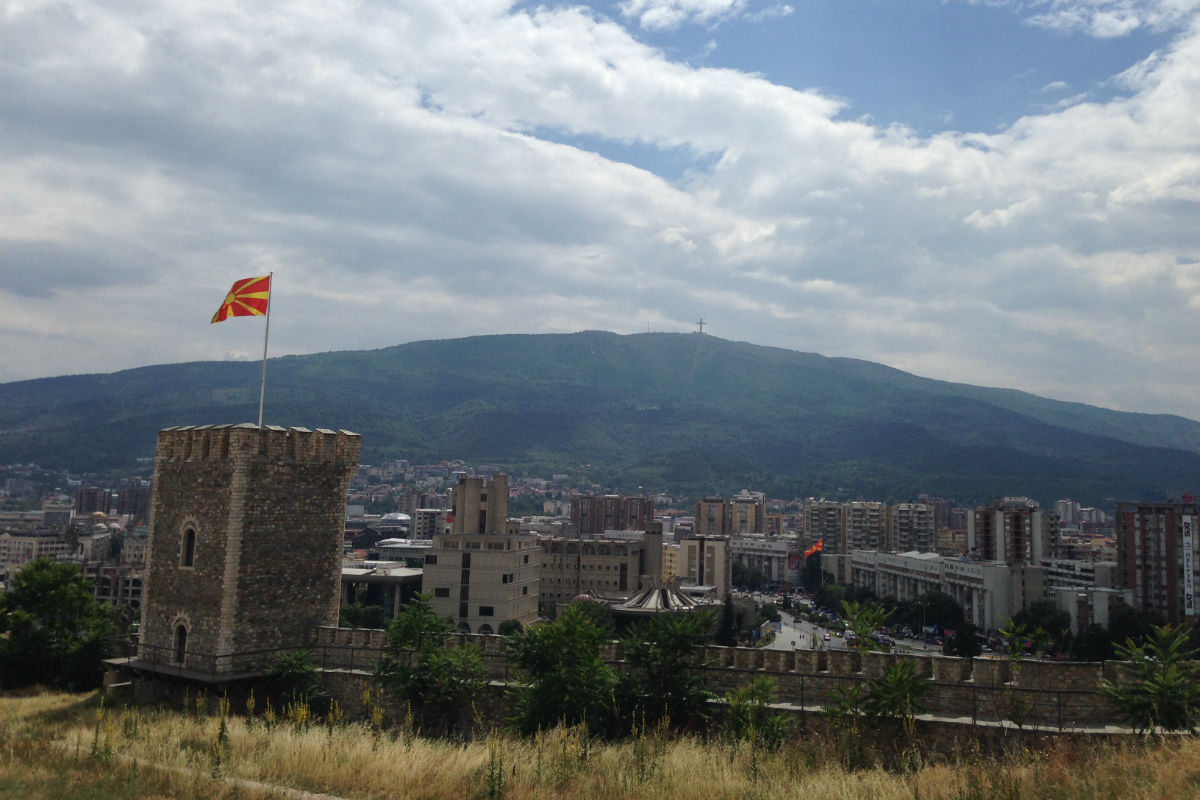 Among the many ancient landmarks of the city are the Stone Bridge across the river Vardar, the Turkish citadel, the fine Mosques of Mustafa Pasha and Sultan Murad, and the bazaar, just a few of the remnants of the Ottoman Empire, which ruled in Macedonia for 500 years. Unfortunately, much of the city had to be rebuilt after a disastrous earthquake in 1963. Moreover, other points of interest that I visited include the Millennium Cross atop the Vodno Mountain, the Museum of the Macedonian Struggle, the Skopje Aqueduct, and the Contemporary Art Museum of Macedonia. Hiking up the Vodno Mountain and observing the vast landscape of the city of Skopje was truly a remarkable experience.

Ohrid was the second destination I visited in Macedonia. This town, a UNESCO World Heritage Site commonly referred to as the birthplace of Christianity in Europe, is most well-known for being home to 365 churches. The impressive old quarter is adorned with local shops running along the foot of a hill, which is topped by a medieval castle overlooking the serene, thirty-four kilometer long Lake Ohrid. It is undoubtedly Macedonia's most alluring town, especially when you observe the beautiful nearby Galičica Mountain National Park and the further secluded beaches that dot the lake's eastern shore. Shared by both Macedonia and Albania, Lake Ohrid is 300 meters deep, home to a diverse variety of native species. At over four million years old, it is one of the oldest lakes in Europe! Additionally, the ancient frescos, paintings, and artifacts inside the churches were remarkable to see. My favorite moment during my visit to Ohrid was taking a boat ride in the lake and observing the incredible scenery, from the numerous cafes that lined the shoreline to the emerald mountains towering over me.

The third city I visited was Bitola, located in the southwestern region of Macedonia. Known for being an administrative, cultural, industrial, commercial, and educational center, Bitola has many of the largest companies in the country based there. In fact, the Pelagonia agricultural combine is the largest producer of food in the country, along with the Streževo water system being the largest in Macedonia. Additionally, Bitola is home to three famous mosques, the Ajdar-Kadi, Jeni, and Ishak Çelebi, all of which contain archeological excavations, art exhibitions, and ancient artifacts. While visiting Bitola, I noticed many famous Macedonian monuments and buildings that included the following: a monument of the founder of Bitola, Philip II of Macedon, Shirok Sokak town square, St. Bogorodica church, the National Institute and Museum of Bitola, and the Old Bazaar of Bitola. Moreover, some notable people from Bitola that I learned about include Dimitar Ilievski-Murato, the first Macedonian to climb Mount Everest, Miljan Miljanić, who coached Red Star Belgrade, Real Madrid, Valencia CF, and the Yugoslav national side, and Nikolče Noveski, who is a regular starter for the Macedonia national football team. When I think of Bitola, I picture buildings rich in history, old churches of various religions, and monuments commemorating renowned Macedonian individuals. 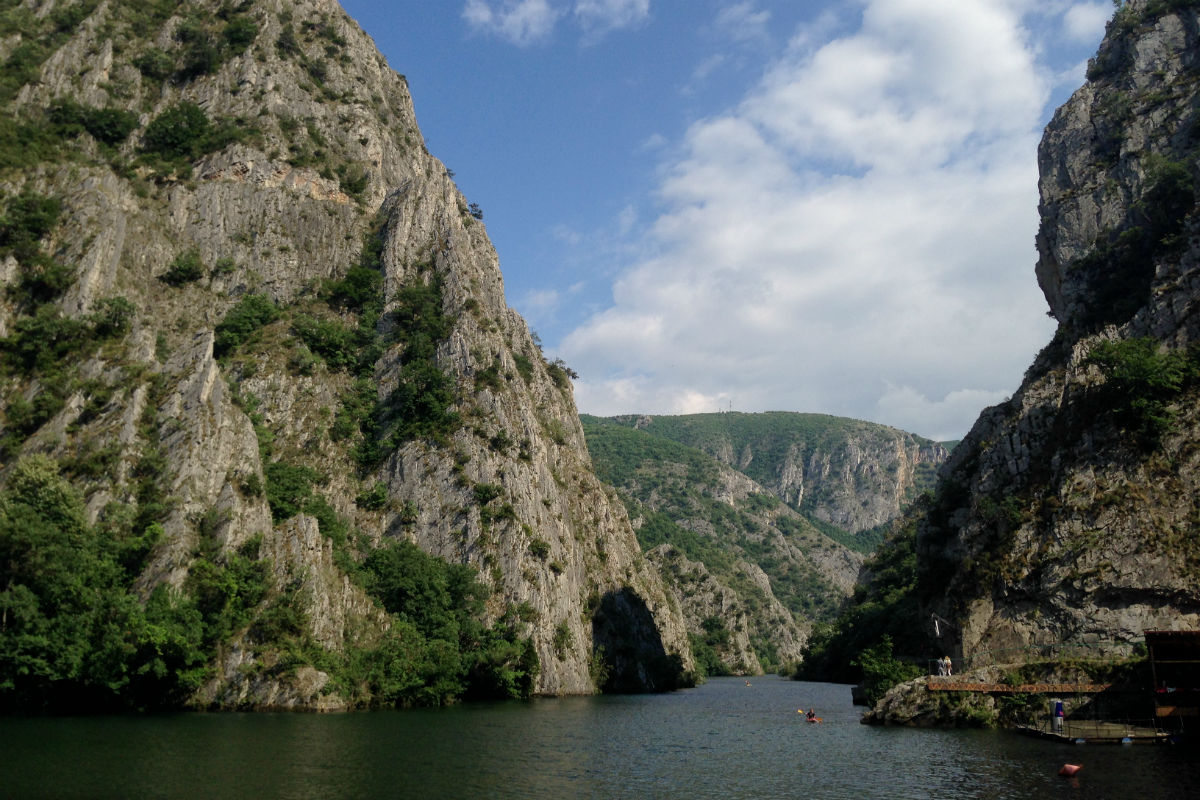 The fourth and final place that I visited was Vevčani, a municipality found in the southwestern part of Macedonia at the foot of the Jablanica mountain range. Upon arrival, I first visited the famous Vevčani springs that included Jankov Kamen, Mala Livada, and Golina, all of which have a unique color and flavor in their water. Furthermore, Vevčani is known for being a hub of culture and history in the Drimkol region, along with old architecture and many preserved churches from the 17th and 18th centuries.

One traditional event that is celebrated in the village is the Carnival of Vevčani, which is an annual event that is claimed to have existed for over 1,400 years. It is held to celebrate the New Year according to the Julian calendar. During the carnival, attendees wear masks, usually dressing as musicians, brides, grooms, and other costumes. Since 1993, the Vevčani Carnival and the village of Vevčani joined the World Federation of Carnival Cities. The municipality of Vevčani is filled with generations of traditions and customs that truly make this village unique.

After traveling throughout the many Macedonian cities, towns, and villages, I learned much about the Macedonian educational system and noted various similarities and differences in comparison to Wheeler High School. In elementary school, half of the students attend the day session, while the other half attends the afternoon session. Although they spend less time in school than elementary students at Wheeler, students somehow manage to receive education in all subjects that are required for an elementary student.

High school graduates are able to attend Medical or Law School without first obtaining an undergraduate degree. This is because the Macedonian high schools are more similar to undergraduate schools in the United States and students are better prepared to attend universities. For this reason, Macedonian high schools are specialized in various fields that include medicine, engineering, business, tourism, and government.

What impressed me the most is that the Macedonian students that I met spoke English fluently as well as other languages, due to the fact that they have to take multiple foreign languages in high school. In the end, we as high school students, no matter at what point on the globe, share many of the same interests in pop culture, music, and literature. As an American, I am proud to have acted as an "ambassador" this summer in Macedonia, a small country with a big heart that is well-worth exploring!