What’s Happening: Girl’s Basketball
The Boone Grove’s women basketball team hit a rough patch at the beginning of the basketball season (but so does every sport). The strong women on the team gradually rose up and conquered their losses with wins.

Boone Grove’s girls basketball team celebrated a win their senior night on January 10th at 7:00 p.m. The team faced off with Whiting on Boone Grove’s home turf. Many students came in celebration of Senior Night and cheered the girls on, showing their school spirit. The lady wolves successfully beat Whiting with a 57 - 31 score.

In addition, Boone Grove is ecstatic to see the women continue with their winnings at PCC on January 16th. 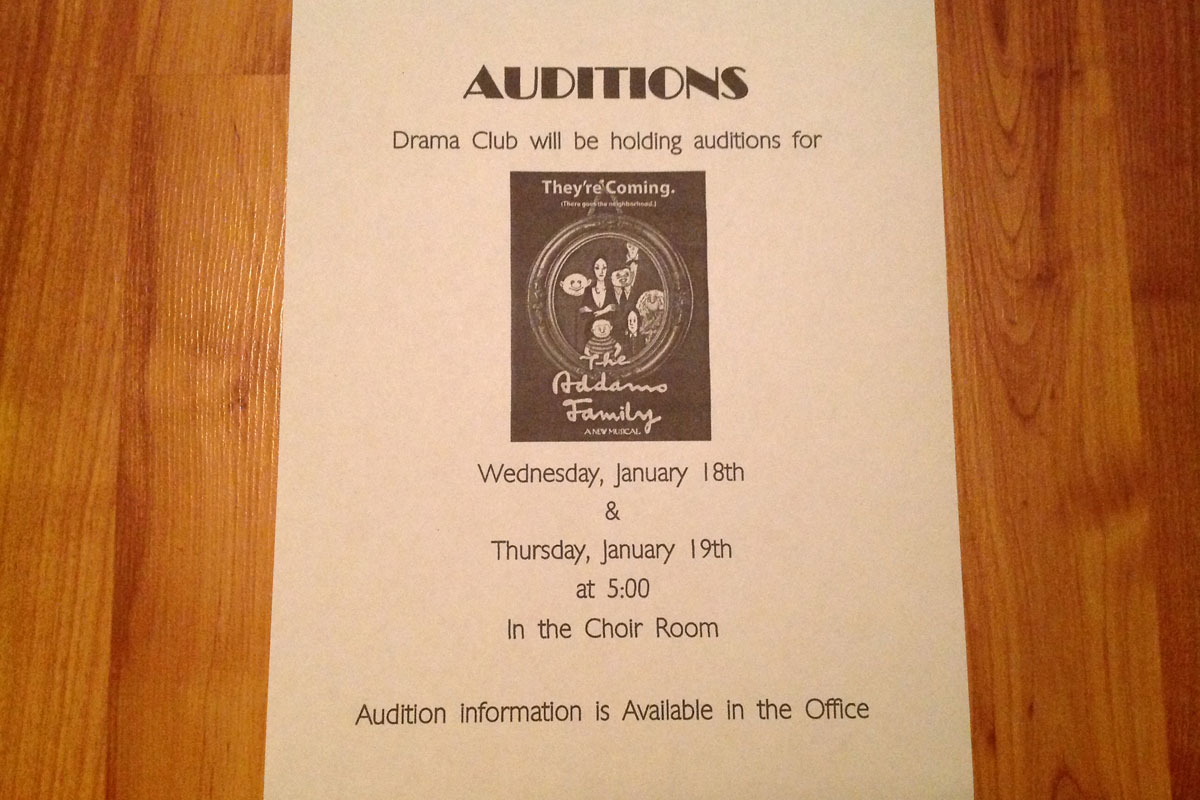 What’s coming up: Auditions
The Boone Grove drama club proudly presents The Addams Family as their next musical! Auditions will be held in the choir room on January 18th and 19th at 5:00 p.m. Information regarding monologues and song selections for the auditions are posted on Ms. Welbourne's choir Schoology page. If you are not enrolled in choir, but would like to try out, speak to Ms. Welbourne.

Before the audition, you will be required to fill out a "resume" type form and turn it in before you slate. For the audition, each student will need to begin with slating (state your name, age, year in school, the role you are auditioning for, and the song you have prepared to sing). Once you have expressed your slate, you will then be able to sing the song you have selected (between One Normal Night or When You're an Addams). Both songs are located on Schoology. After the song, you will be asked to repeat the dialogue you were asked to memorize before the audition. When you finished repeating the dialogue, you finished a tryout.

Ms. Welbourne will be holding a viewing of a cast producing The Addams Family, to give people who are auditioning a chance to get a feel for the play. Ms. Welbourne will also be viewing the auditions on Wednesday to help Erin, the Drama Director.

Best of luck to all of those who audition! The drama club is also always looking for backstage crew, so if you are interested in drama club, but not acting, this is perfect for you. The Addams Family musical will take place on May 5th, 6th, and 7th in the small gym. 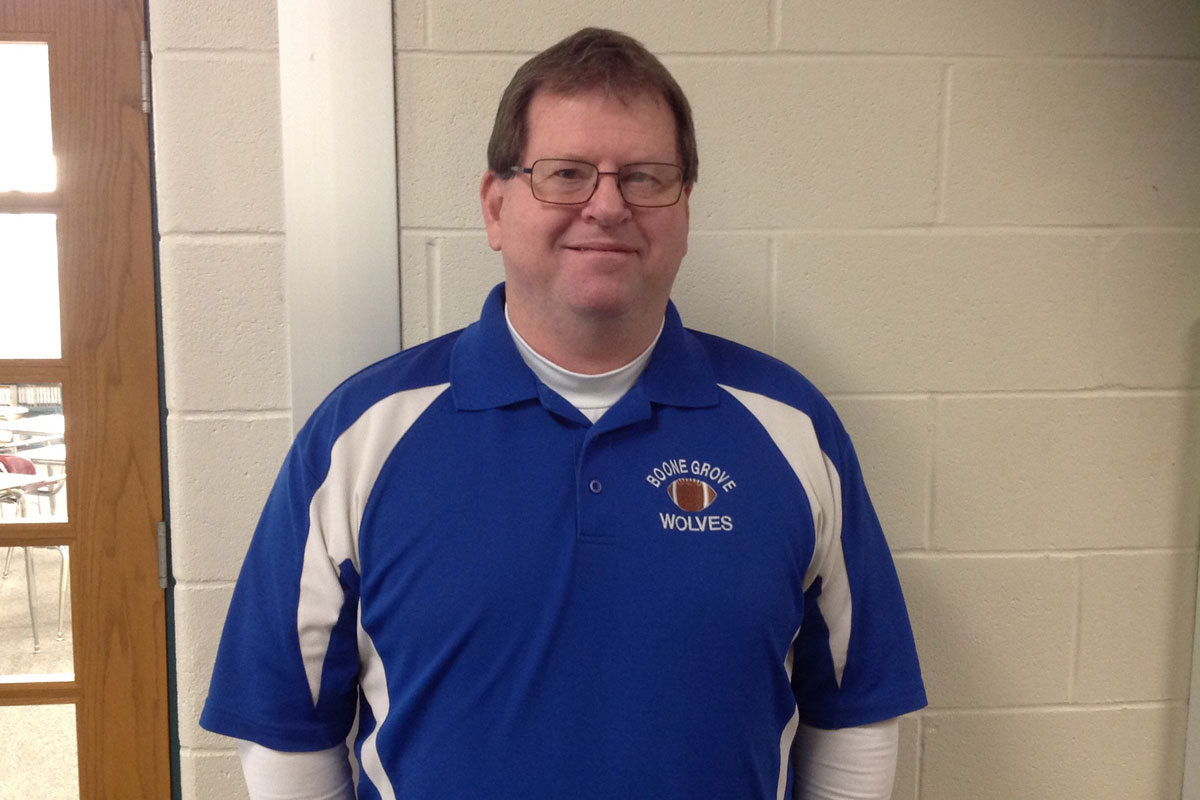 Teacher Spotlight: Mr. Tinkel
Mr. Tinkel has been teaching at Boone Grove for 18 years. Even after being a teacher for an overall 25 years, Mr. Tinkel is still inspired to teach his students in incredible ways. Mr. Tinkel is a U.S. History teacher at Boone Grove, dealing with most students, which is the environment that Mr. Tinkel prefers. He previously taught at a larger school and some students were unknown to him. Here at Boone Grove, he can know most of the student population enough to bond with them.

As everyone at Boone Grove knows, Mr. Tinkel is a football coach. What most people do not know is why. Mr. Tinkel was raised around football; watching football games, playing football, anything that he could get his hands on involving the sport. In high school, Tinkel played all four years, he played starter for two of those years. After high school, though, he did not play in college. Instead, Tinkel coached a variety of different sports until football stuck.

Football may have made Tinkel popular in the sport community, but he is also viewed as a natural helper. Mr. Tinkel originally began Natural Helpers with Mrs. Bois (who has since retired). Since Mrs. Bois' retirement, Mr. Tinkel and Mrs. Perez have partnered to keep the wonderful, student bonding event going.

Tinkel loves teaching because he loves creating new friendships with the students and bonding with others in the high school environment. Mr. Tinkel also loves seeing what people become after high school. One of his past students eventually wound up being a guard for the president. "Seeing success stories like that is great." Seeing students blossom to become incredible adults is a reason that Mr. Tinkel is a teacher.

Unfortunately, Tinkel will be retiring at the end of the year. Mr. Tinkel is a wonderful person in and out of the classroom. It is dreadful that the future students of Boone Grove's U.S. History will be without Mr. Tinkel's educational drawings of World War 1 and 2. On behalf of Boone Grove, we'll miss you after you leave, Tink. 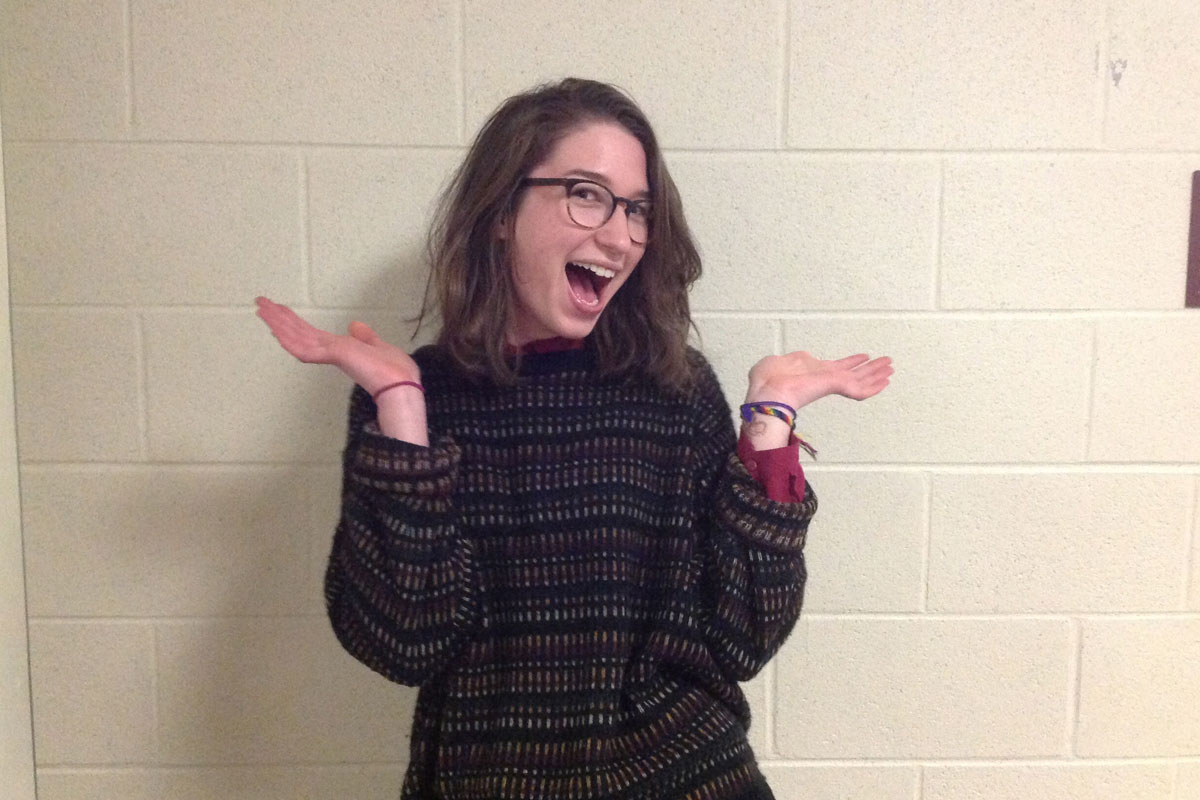 Student spotlight: Emma Awdey
Emma Awdey is currently a devoted senior who excels in academics, personality, and extracurricular activities. She is the founder and president of Boone Grove's GSA (Gay Straight Alliance), the president of Art Club, editor of Key Club, a member of both math and English Academic teams, contributes to French Club, a member of National Honors Society, and she was a member of Boone Grove's Rainbow Staff. Among all of the activities outside of school, Emma continues to achieve academically with a 4.079 GPA, ranking 4th within the class of 2017.

Though high school is currently her life, she is looking towards her future, deciding what her next step is after she walks across that graduation stage. "As if right now, I'm probably going to go to Indiana University for neuroscience or computer science."

Emma also does countless volunteer work. "Every week I go to the Valpo Library and I shelve books in the children's section," stated Awdey, with great excitement. For the past two summers, she also helps create wonderful plays put on by Gary Shakespeare Company. In her free time, Emma bakes, makes vegan foods, thrifts, and paints.