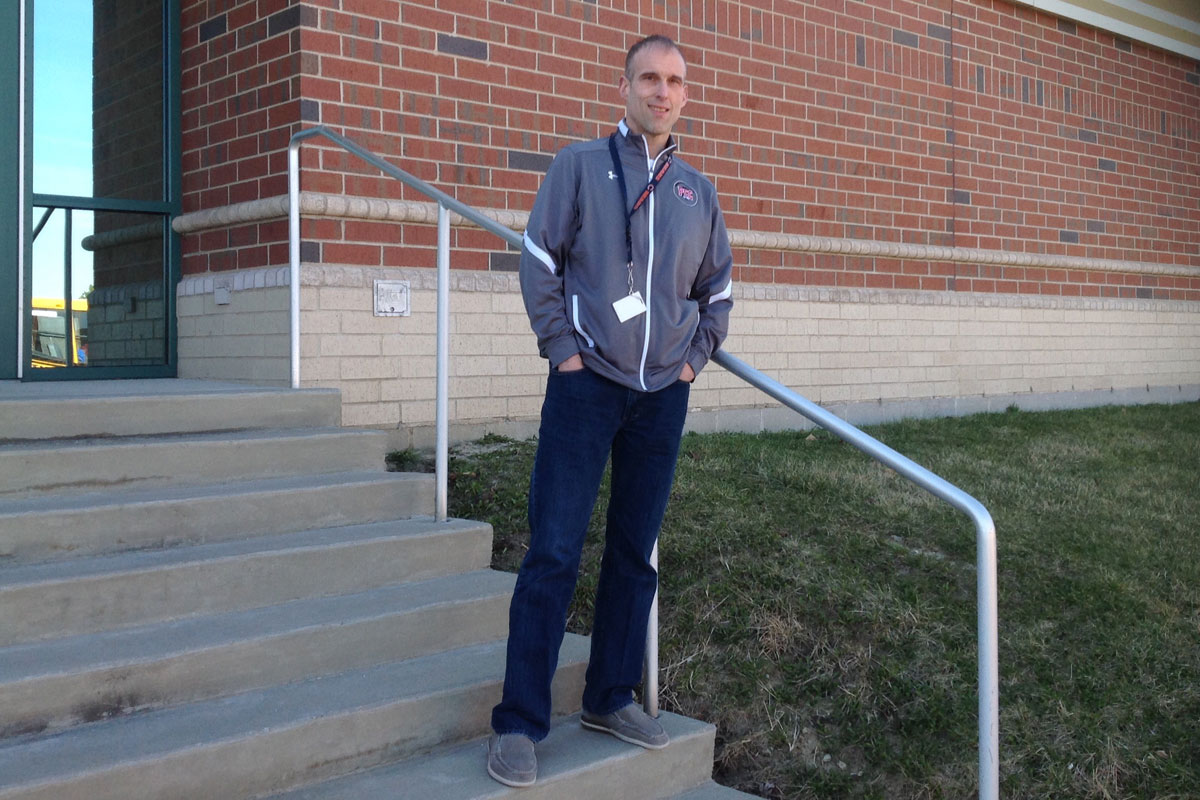 Teacher Spotlight: Edward Ivanyo
Mr. Ivanyo is always somewhere in the Boone Grove halls, he's always watching over the students, like a noble knight. But, do we acknowledge him as much as we should?

Mr. Ivanyo seems to be a "typical" teacher, but this is false. He is one of the most interesting, humorous and enticing people at Boone Grove. Outside of school, he enjoys spending time with his family, playing football, exercising and listening to music. Ivanyo is a major fan of listening to all music, but he favors classic rock from the 70s and 80s. Mr. Ivanyo is also a fan of science-fiction such as Star Wars and Star Trek.

Mr. Ivanyo has been a teacher at Boone Grove for a whopping fifteen years, only teaching math. He first began teaching at Boone Grove, after teaching at a different school for three years, in 1997. Mr. Ivanyo taught Algebra, Algebra 2, Geometry, Calculus, and legitimately any other high school mathematics course you can think of. In regards to only teaching math, instead, he now teaches the entire school how to be respectable human beings who function to the best of their abilities in society. Mr. Ivanyo also used to coach Cross-Country and Wrestling at Boone Grove. After his coaching, many of his athletes made it on our Wall of Fame.

Mr. Ivanyo has been Vice Principal at Boone Grove for about of five years now. Though he has since stopped teaching the student body, he has not lost contact with them. Ivanyo does not feel that he is unconnected with the students, if anything, he is in fact, closer to them.

He stated "In my class, I had my little pods of people, but now I see everybody. I feel more connected with more people."

When asked about his favorite thing at Boone, Mr. Ivanyo responded with "The camaraderie, the closeness. I'm good friends with Corman [the principal], and good friends with a lot of the teachers. We're just like one big happy family. The students are so good and they know each other. Everyone always says how good everyone is here, even from other schools when they come in."

Mr. Ivanyo is one of the many adults at Boone Grove that genuinely cares for the student body and encourages for students to achieve more. He's among the select few that cares and refuses to take anything in return, and for that, the student body thanks him. For without a Mr. Ivanyo, Boone Grove would definitely less inviting and caring. 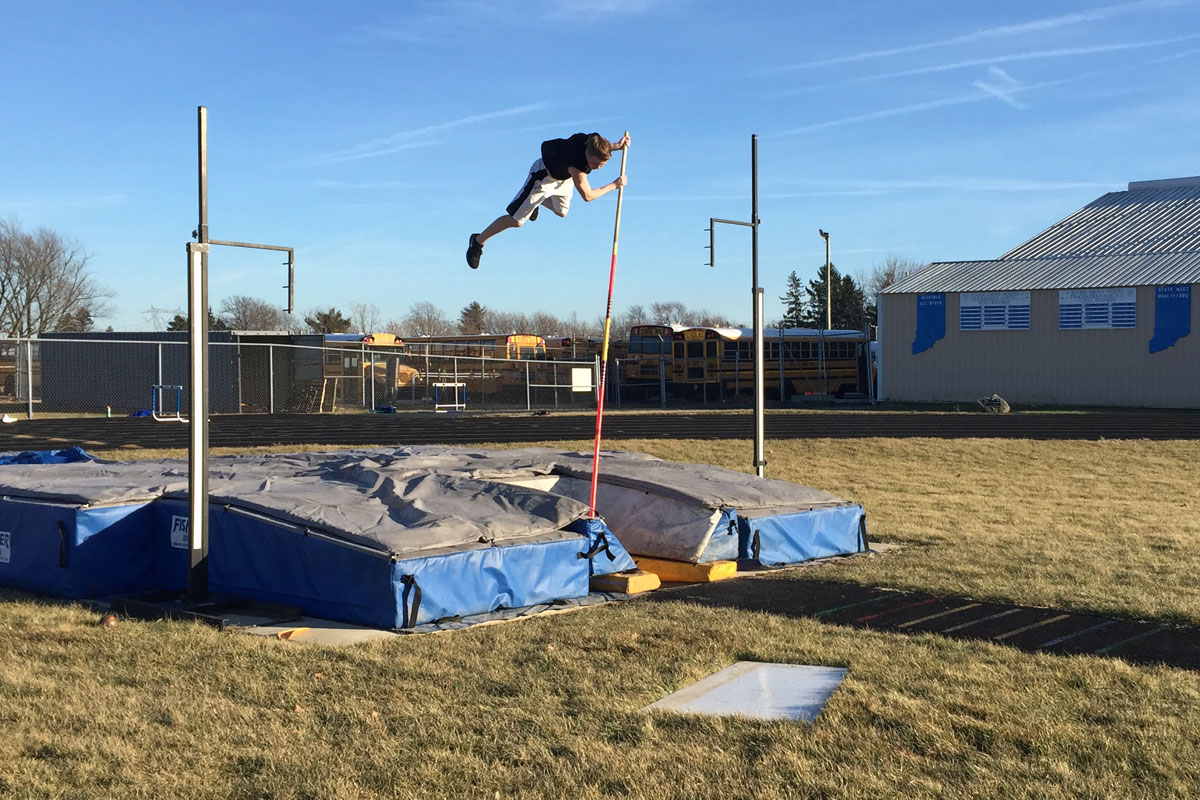 Thursday, March 2nd was their first meet of the year. The meet took place at the indoor track at Hanover Central High School which began at 5:00 P.M. The team took major wins collecting many first places from several Boone Grove students. There were many wins overall including some from Delaney Starcevich, placing first at the Girls 55 Meter Dash, Taylor Piazza placing second at the Boys 55 Meter Dash, Luke Wilkening placing first at Boys Shot Put, and many more incredible placements from plenty of talented people.

Kevin Sandberg is just one of the many current Pole Vaulters at Boone Grove High School. Here he is, practicing at the Boone Grove Middle School track. Kevin recently won first place in boy's Pole Vault at the first Track and Field meet on Thursday, March 2nd. 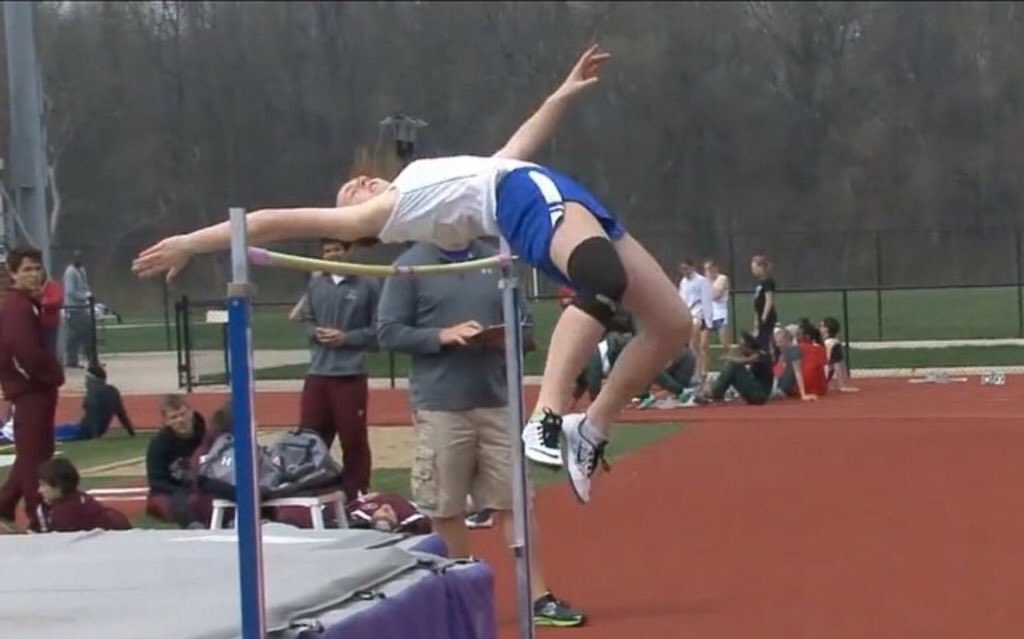 The next track meet will take place Tuesday, March 14th at Hanover Central High School at 5:00 P.M. There will be another on Thursday, April 6th at Portage High School at 4:30 P.M. Tuesday, April 11th at South Central at 4:30 will hold the next meet. Another Track and Field meet will be on Saturday, April 15th located at the Hobart High School track at 10:00 am. The first and final home meet of the season will be on Wednesday, April 19th at Boone Grove Middle School starting at 4:30. The home meet of the season will be the senior night for both the girl and boy teams. Sectionals will be Tuesday May 16th taking place at the Kankakee Valley High School track at 4:45 P.M. Regionals will also take place at Kankakee Valley High School on Tuesday, May 23rd beginning at 4:45.

Pictured is Stephanie Ziemniak. The photo is the very jump that executed the previous Boone Grove High Jump record. During Stephanie's freshman year in 2015, she broke the Girl's Boone Grove High Jump record. The record previous to hers was 5 feet 3 inches, and now she holds the record at 5 feet 4 inches. She's currently recovering from a knee injury that occurred several months ago, but that won't stop her, she will be back on the field soon enough. 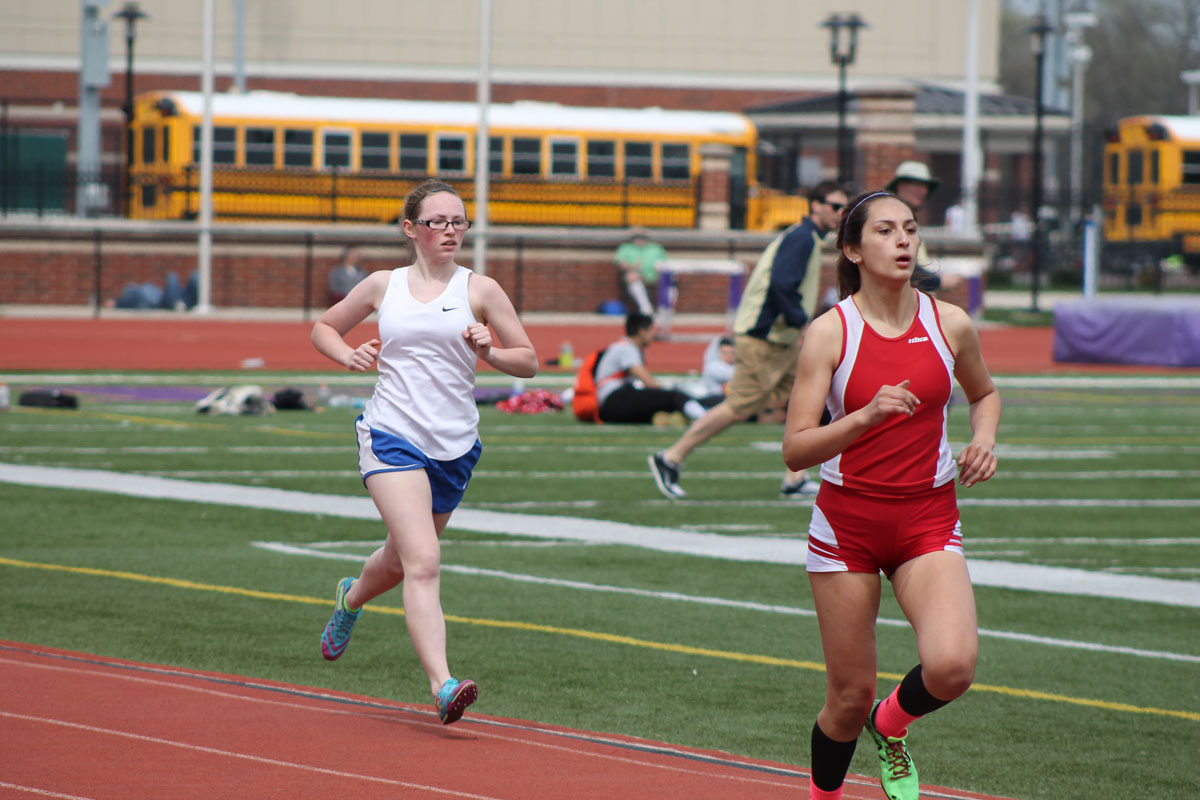 Pictured is a senior Track and Field athlete running the 1600 mile. McKayla Tucker has personal best of 6:10 at the mile and a personal best of 9 feet at pole vaulting. McKayla also participates in the 800 meter run and the 4 x 4. She is a committed athlete who will certainly reach great heights.

This year's Track and Field team is full of fighters and winners, and they will stop at nothing to get that blue ribbon. Boone Grove is incredibly excited to watch them accomplish all they can during the season.