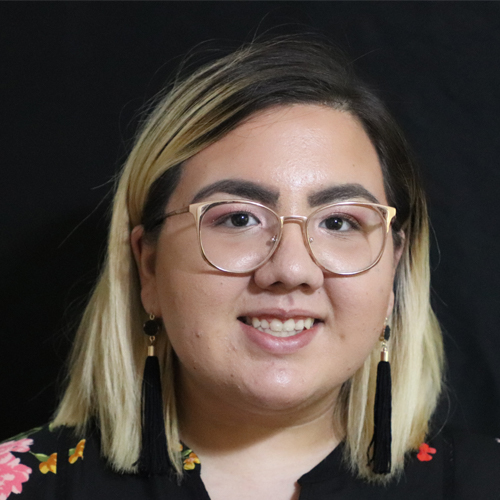 What Has Happened? : Hamilton

This past month, Boone Grove High Schools journalism class in its inaugural year traveled to CIBC Theater in Chicago to see the musical ​Hamilton: An American Musical.

Thanks to a generous local business donation, the class of over twenty students spent the day in the city wrapping up the “American Revolution and Journalism” unit they had just completed.

Students came in for a normal day of class when they were surprised with the news. Sophomore Catrina DeLeon was one of the lucky students.

“I’ve wanted to see if for two years, and the fact that this opportunity was so easily given to us, I’ll forever be grateful.”, said DeLeon.

She is also active in BGHS theatre and took notice saying, “The play had a mix of everything from romance and comedy and all the different music genres, it was just the perfect mix.”

This experience was one to remember for Boone Grove’s journalism students.

“If you’re ever given the opportunity to go see it, take that chance,” said DeLeon.

What is Going to Happen? : Madrigal Dinner

This upcoming December, Boone Groves choir is hosting their annual Madrigal event. On the weekend of December 15th and 16th there will be three sold out productions at Boone Grove High School. Along with the three productions, the Choirs “Royal Court” will travel to other Porter Township Schools and Crown Point Christian Village.

Madrigal is a medieval dinner hosted by Boone Grove High School Choir during the holiday season. This tradition was picked up here over ten years ago by Ms. Welbourne Swetalla, and is one of Josie Dragus’s favorite part of the school year.

“Madrigal season is one of the best moments in choir, we all become so close while putting it together and I’m very excited about it this year,” said Dragus.

Senior softball player Kellie Marchesi was surrounded by friends and family on national signing day. The RHP/1B with a decorated high school career of two state championship appearances, and is now a Western Illinois University Leatherneck.

Even though she has signed with WIU, she is eager for her senior season.

”I get to step on the field as a Boone Grove Wolf before going to Western Illinois”, said Marchesi.

“She is amazing, and whenever I need help she is always there for me,” Marchesi said. “If you’re ever having a bad day, she will do everything in her power to help you, and that’s what is amazing about her. She has really changed Boone Grove for the better.”

Kellie’s impact as a senior does not stop on the field though, as she is a major part of the Boone Grove community.

“I value being a senior, and I won’t take it for granted”, says Marchesi. If she had to offer advice to any underclassman, it would be to try your hardest.

“Try your hardest while you can because you’ll regret it the day it’s over. Try your hardest in the classroom and in sports because before you know it you have to be ready for college.”

Boone Grove will definitely miss Kellie Marchesi’s positivity and hard work ethic in the classroom and in the field once she graduates.

“I am very excited for college, but I wish my high school run wasn’t almost over,” Marchesi said.

Her senior season will cement her legacy here at BGHS, and the Boone Grove community can’t wait to watch her continue playing at Western Illinois.

Miss Dexter is a very important asset to Boone Grove High School’s success. She is a student resource teacher and the junior class sponsor. A friendly face and an outgoing personality are just a few of the things that make BGHS students form a bond with her.

“In my current position, I have my students for their whole high school career”, said Dexter. “The most rewarding part is seeing them grow and mature in their time at Boone Grove”.

Miss Dexter always has her students back in times of need. Over the past year she became the junior class impromptu sponsor, and has done everything in her power to ensure their success. Under her advisory the class hosted their first annual “Halloween Hustle 5k Color Run/Walk” in benefit of prom.

“Being involved in the junior class is so fun. I get to work with students I wouldn’t normally interact with, and I get to be involved in homecoming, prom, and fundraisers”, said Dexter on her experience as sponsor.

As a resource teacher is there are some things Miss Dexter does not take lightly.

“A lot of people do not really understand what a resource teacher does”, says Dexter. “It is a lot different than being a course teacher. I work with all four levels of students with all subject matter in the high school, and a lot of what I do is confidential”.

Being a resource room teacher teaches students growth and responsibilities for college, that they may not get in other places, which is why Miss Dexter’s job at Boone Grove is deeply appreciated.

Boone Grove is a much better place because of Miss Dexter.

“I love forming relationships with my students. I like getting to know what they like, and how to help them succeed”, said Miss Dexter.