For most of the student body, coming back to school after Christmas vacation is an expected, albeit dreaded, part of the year. For some, however, the school year ended before that. The 2017-18 school year is over for some of the class of 2018 who prepare to leave their high school days. On Jan. 20, some seniors will graduate mid-term. This year, those who graduated mid-term will be crossing the auditorium stage at 4 pm.

In other upcoming news, the choirs’ winter showcase will be held on Jan. 13. The choirs, which include both the Drifters and the Sandpipers, will perform their programs in the auditorium as well, with the event kicking off at 7 pm. Admission for adults is $10 and admission for students and seniors is $8.

As far as sporting events go, the gymnastics team will have their first home meet with Hobart and New Prairie at 6 pm on Jan. 9. That same day, the boys and girls varsity basketball teams will play a doubleheader at home against Hobart, with the girls tipping off at 5:30 and the boys starting at 7:30 pm. The following day, the varsity wrestling team will face Valpo at home at 6:30 pm. 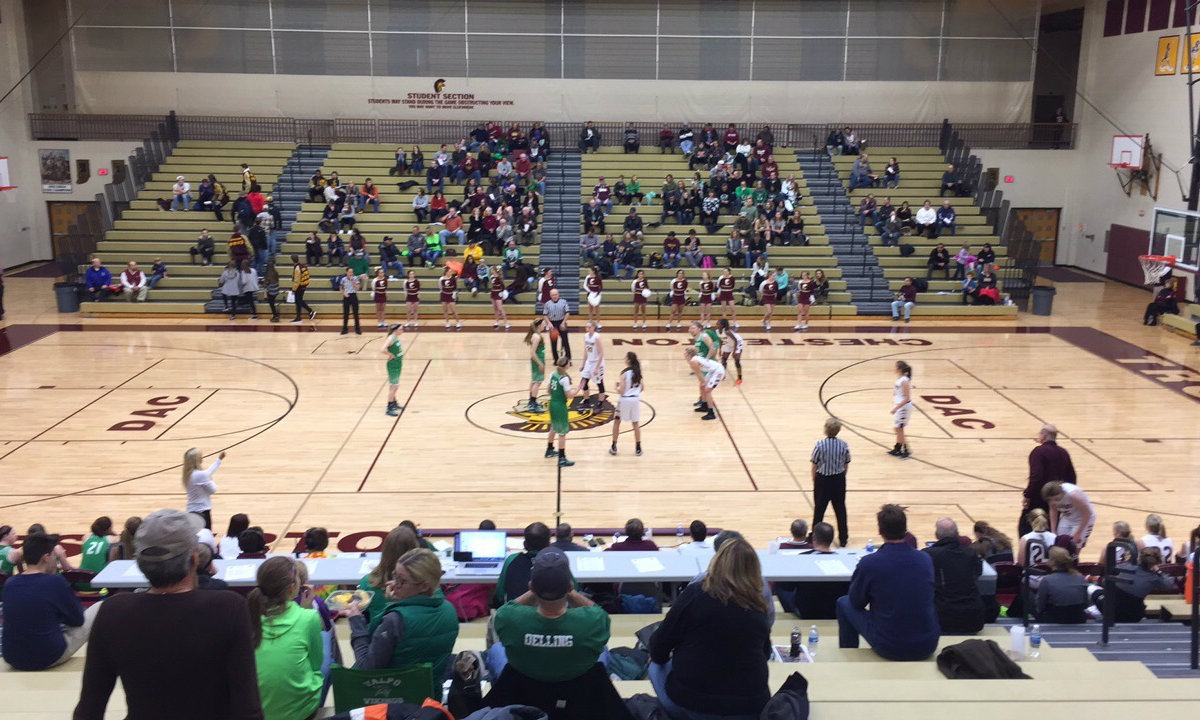 While school activities at Chesterton High School tend to slow down during the winter season, the season’s athletes keep things interesting. While sports such as gymnastics are just kicking off their season, other sports such as basketball are already well into their games.

This season, the Lady Trojans basketball team is currently 14 - 1 with a Duneland Athletic Conference record of 3 - 1. Ranked 16th in the state, the ladies most recently became the Warsaw Tournament Champions, winning their first game of the day 53 - 37 and winning the Championship game 40 - 39. Seniors Hailey Vale and Courtney Krol were named All Tourney members, and Krol was named tourney MVP. The girls had their biggest win so far over Hanover Central, winning the non-conference game with a score of 57 - 13.

As far as the boys’ team goes, they have a 9 - 1 record with a DAC record of 1 - 0 and are ranked 29th in the state. Sophomore Jake Wadding made the all tournament team at the Noblesville Holiday Tournament on Dec. 27 while the team went two and one overall. The boys has their biggest victory over Hammond Bishop Noll with a final score of 64 - 29 in the non-conference game. 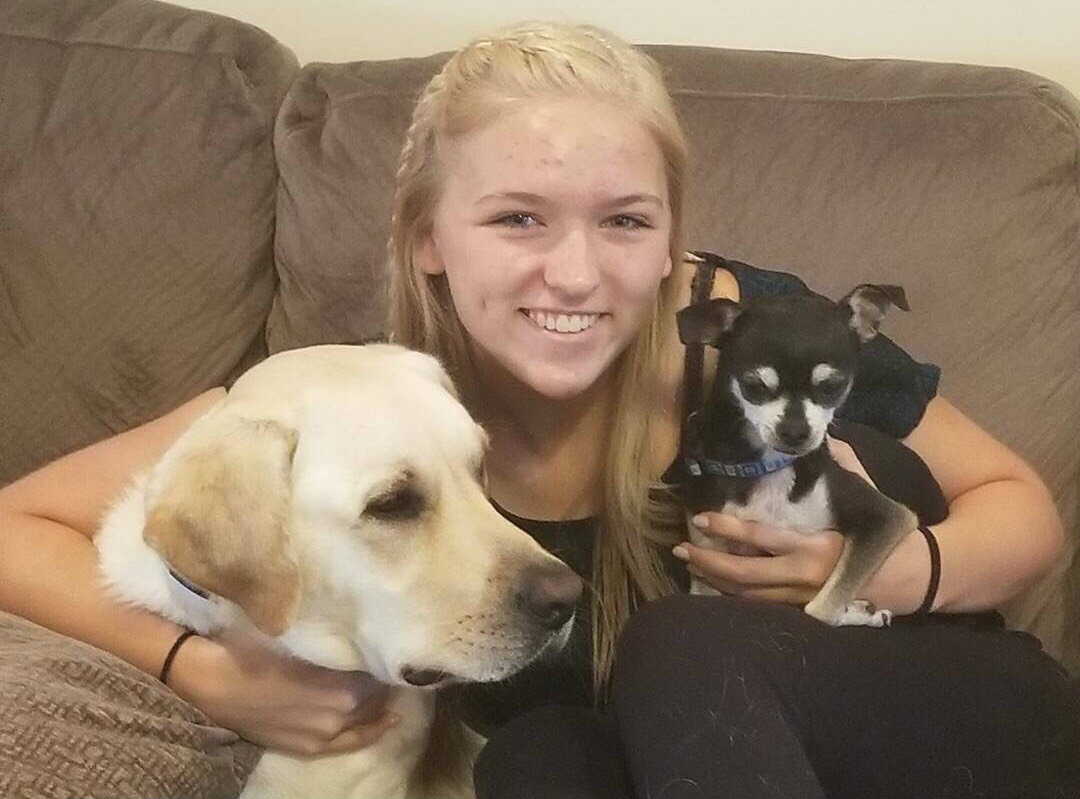 Senior Rita Young has always had a soft spot for animals, so working with them seemed a natural fit. She has been working at Ark of the Dunes Animal Hospital for almost a year.

“I found out about the job at a vet appointment for my dogs when a family friend, who is a vet tech, told us they were hiring,” Young said. “I had also job shadowed there a few times earlier.”

Young’s favorite part about working there is getting to know the animals personalities and having “favorite visitors.”

“I love when we have regulars that come in and board there,” Young noted. “Everybody has their favorites and it’s really fun to play with them and give them love.”

The one thing that Young thinks people may not know is that the animals are not always pleasant.

“Each animal has its own different personality that shows very brightly, and that not all animals are as nice as their owners,” Young explained. “It can get dangerous if an animal is scared. You just have to be very careful sometimes.”

Although Young originally had plans to become a vet, she feels as though her career path has shifted after working at the clinic.

“I had wanted to become a vet, which is why I pursued a job at the animal clinic,” Young said. “However, I’ve recently decided to change paths and while I would love to continue working with animals, I don’t think it’s the right road for me.” 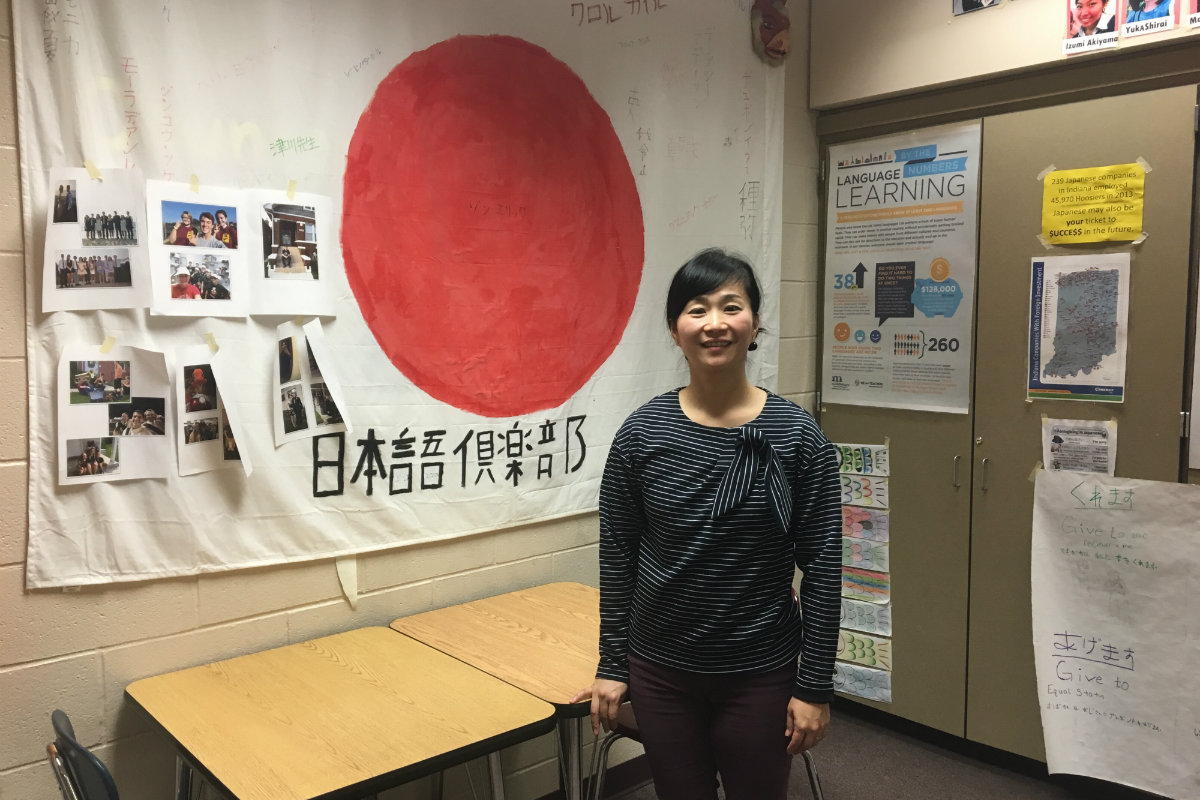 Akiko Tsugawa has been teaching Japanese for 13 years, and nine of those have been at Chesterton High School. She has been involved with Japanese Club ever since she started at CHS, which encompasses the Japanese exchange student program. Chesterton has had a Japanese exchange student program for several years now. The student exchanges are done with two schools. The first is Zama Sogo High School in Zama, Japan, and the other is Toyama Kokusai High School in Toyama, Japan.

“We started accepting students from Zama Sogo High School, Zama, Japan, in 2011,” Tsugawa said. “My husband, Mike, is also a Japanese teacher at Michigan City High School who started the inbound exchange a few years prior to that. Then, the group got too big to take all in one school, so we decided to split them in half. One half goes to MCHS, and the half goes to CHS. The teacher does a home stay at our house to go to both schools back and forth.”

Toyama is where Tsugawa’s hometown is, and another Japanese teacher at the school, Mr. Sparks, had been taking students there for four or five trips in a row.

“This school happened to be close to my parents’ house where I grew up,” Tsugawa noted. “On the last trip to Japan, while our students did a home stay with the local families, I stayed at my parents’ and commuted to school from there. During the last trip to Toyama Kokusai, they proposed if we would officially want to become their sister school. We decided to go ahead and do that officially in December of 2016. That was last December when their teachers brought students to CHS for the first time. Our students who did a home stay became their hosting families when they are here. With this school in Toyama, we are really "exchanging" students.”

“I think this is the second best thing you can do to learn the authentic language after going to Japan yourself,” Tsugawa explained.

Tsugawa’s favorite part about being involved in the different clubs is that she gets to connect with many different students.

“I get to see different students I don't have in my classes,” Tsugawa said. “For students I have in class, I get to see a different side of them outside the aclassroom. I strictly tell students to use Japanese as much as they can in class, but there are things they cannot say or don't want to say in Japanese fully. Outside the classroom environment, both students and I can speak English and catch up and connect more. They may see a different side of me as well.”