Student Spotlight: Drew Wennmacher
Boone Grove is full of countless passionate students who are dedicated to their school and their community. In my opinion, Drew Wennmacher is by far the most passionate person that has ever walked across the halls of Boone Grove. Drew fills his interesting life with National Honor Society, Student Council, Academic Team, and has dabbled with basketball throughout the years. Also, outside of school, Drew enjoys playing video games, reading about animals, learning about the universe we exist in, watching documentaries about the natural world, and learning about why things happen, specifically natural phenomena.

In the fall of 2017, Drew will attend college at Purdue West Lafayette. He will continue his passion of science by becoming a biologist, specifically an entomologist.

"I am a decent student academically,” Drew humbly said. Drew is more than a decent student; he is an extraordinary student with knowledge running through his veins. Drew is currently ranked as number four within the class of 2017, but will rank number one throughout his life.

I wasn't lying before when I was said that Drew was the most passionate student. Drew is thoroughly interested in entomology and every detail it beholds.

"While a lot of people don't like [insects], there have been people who like them, including me. Insects have so much diversity and sheer population sizes, they have multitudes of antennae types, different behaviors, various mating rituals, different ways of killing prey, many camouflage designs," said Drew.

"They have incredible beauty, and are the defining animals of this world. Just like any arthropod, they are wonderful, bizarre, and always extrinsically beautiful. For if you don't love insects, you don't love a vast majority of animals."

Drew will inspire those studying science at Purdue with his passion. Boone Grove wishes luck to Drew on his future voyages, even though he doesn't need it, for he is soon to become the greatest entomologist in the world. 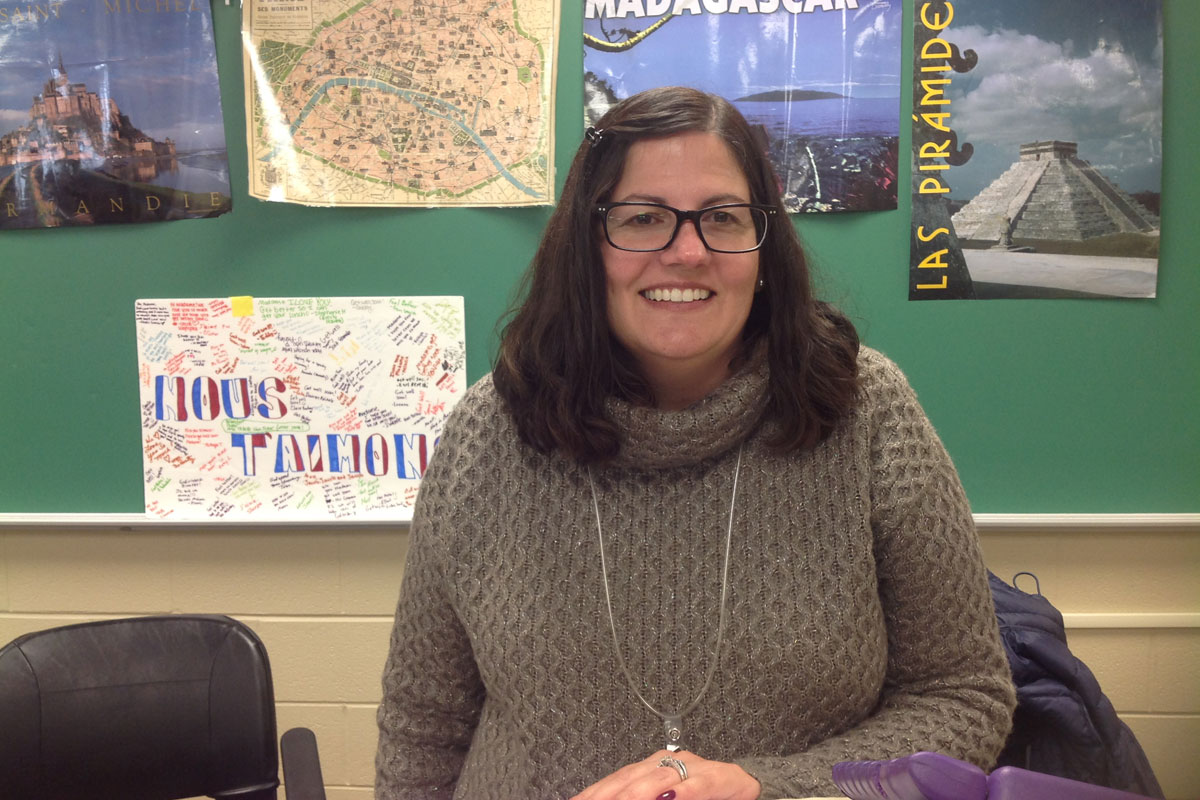 Teacher Spotlight: Mrs. Korell (Madame)
Mrs. Korell (or Madame, as everyone knows her), has been at Boone Grove for 26 wonderful years. Madame has only been teaching for 26 years, I might add, so she has been teaching at Boone Grove for all of her teaching career. Madame has enlightened Boone Grove with her teaching of French. Madame received French studies in her high school, Merrillville High School, where her knowledge and love for the language grew. At that high school is where she was entered into the National French Contest, receiving first in ninth grade and in the Northwest Indiana level.

Everybody knows behind a great person, is a great teacher. Madame's teacher from Merrillville High School incredibly inspired her in the language and taught her to love it. After high school, Madame stayed in Indiana by going to Purdue West Lafayette, where she continued her studies of French.

Madame truly cares about her students, and she cares about them succeeding as well. Madame said, "When students go into French. I've had a couple different people become French teachers over the years, and that's really neat."

Along with teaching the French language, Madame contributes to several other things in her life. Every other Wednesday, she holds a Key Club meeting in her classroom with Mrs. Prater where they lead it. French Club is also held by Madame. Each meeting is different, whether it be trike races (Tour De France), eating French cheeses, or decorating mini yule logs (buche de noel).

Boone Grove would be incomplete without Madame. Madame has charmed every student that has ever taken her class with her excellent skills of teaching, helping students understand the material, and being a wonderful and loyal friend. 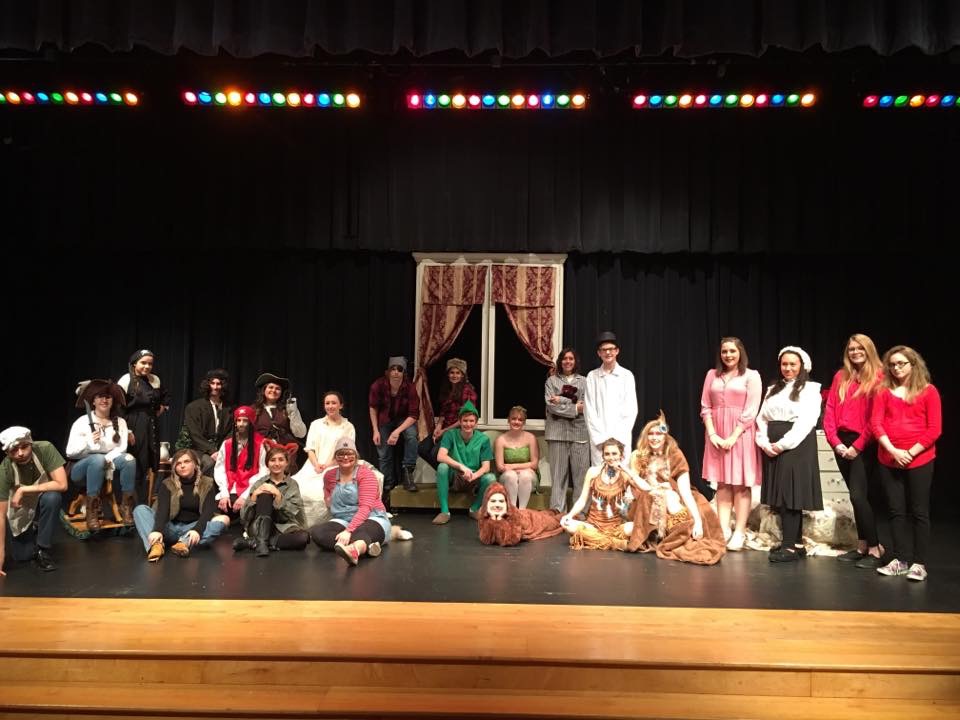 Annually, the Drama club presents a play in December. Normally, the productions take place on a Friday, Saturday, and a Sunday. Unfortunately, due to the weather conditions, the play for Sunday was tragically canceled.

All in all, the production of, "A Neverland Christmas Carol" was a major success. The audience was practically full every night, and each night, the play achieved excellence.

Due to a time constraint, the Drama club will not be introducing Boone Grove student directed plays this year. Though this is upsetting, the Drama club will be performing a musical on May 5th, 6th, and 7th. Word is that the musical will be The Addams Family, so mark your calendars! 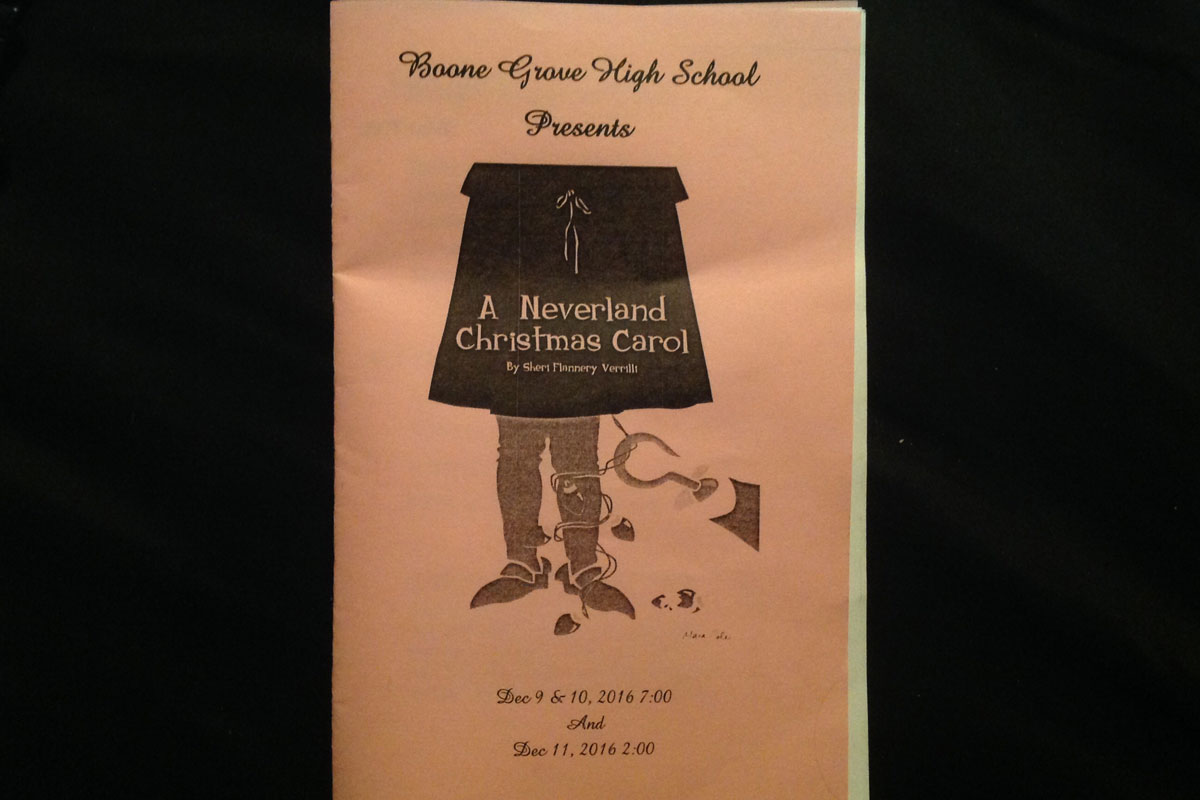 What's Coming Up: Winter Break and The Semester End
The year is nearly halfway over! Prepare the hot chocolate, your gloves, and kindle the fireplace, because winter break is soon. Two full weeks of sledding, hanging out with friends, two weeks full of holidays and family.

2017 may be ending soon, but the semester does not end quite yet. In fact, the semester actually ends January 13th, about two weeks after winter break. Finals take place on January 12th and 13th.