What’s Happening
In the entrepreneurship class...
Every year the entrepreneurship class runs a school-based store. The store is something that all the students at the Career Center are eager to have access to. They sell things such as chocolate chip cookies, drinks, and other snacks. After learning about almost all the aspects of running a store, the class is now starting “construction” on the store. The class wants to make sure that whatever they are doing is kept a secret until they are completely done. To make it a little bit more secretive, the students have hung up tarps so no one can see what is going on. They have come up with a name that will be unveiled when they do the ribbon cutting event. The class intends on opening the store at the end of October.

This class is also going out into the community. Both classes, Health Science 1 and Health Science 2, are volunteering for the Valparaiso “Clean the Park” program. Conveniently, Tower Park is right across the street from the school. The class is given gloves and trash bags to clean up any litter in the area. 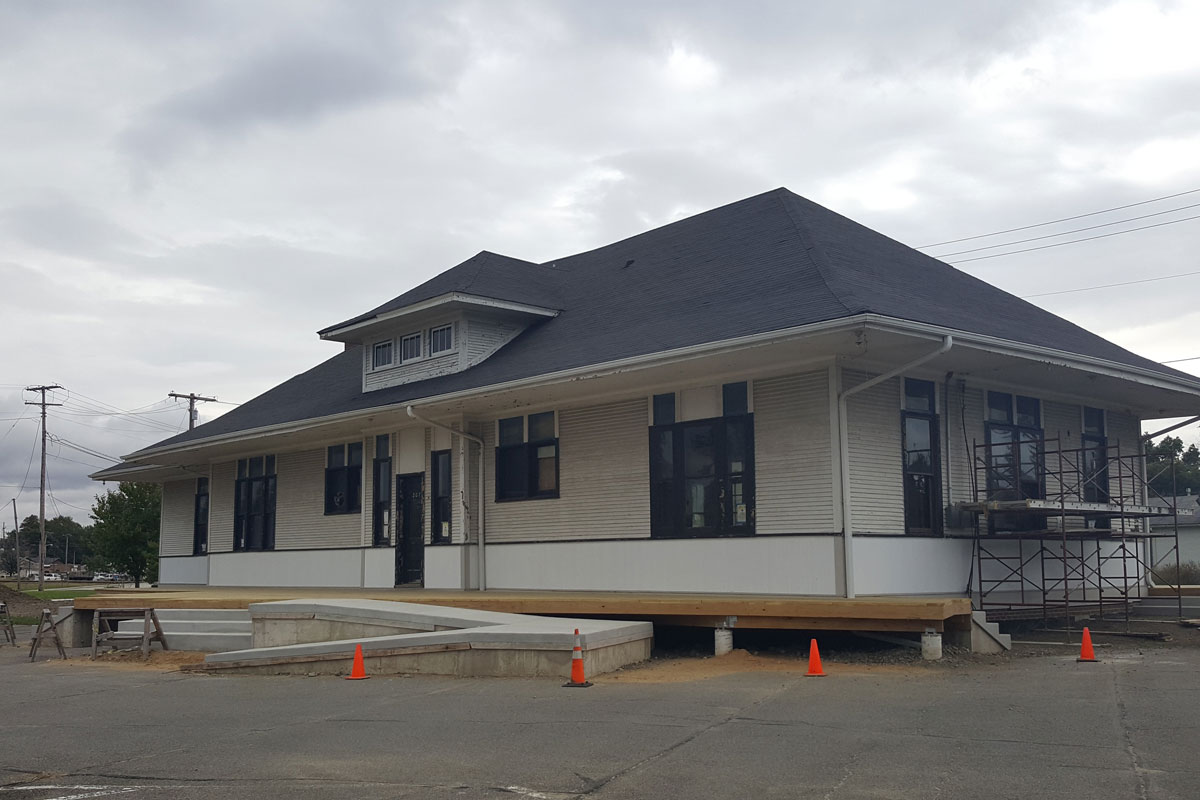 What’s Coming Up?
There are many exciting things coming up in the month of October at the Porter County Career Center. If you were to come to our school, you would see a very large, old building in the parking lot. That building is the Grand Trunk Train Depot, originally built in 1912. In 2014, the train depot was moved from its original location on Calumet Avenue to the Career Center.

The Grand Trunk Train Depot is taking another another monumental step. Since it was moved to the school’s parking lot, the construction technology class has been working very hard on the building. So far, they have poured a foundation, built decks in the back and front, and are now repairing the floors, rotted joists. A handicap accessible ramp is also being built to prepare for a very special event.

On Tuesday, October 25, 2016 from 3 to 6 p.m., the train depot will be available for the public to see. It will be “rechristened” with replica Valparaiso signs. There will also be a ribbon-cutting to go along with the rechristening. The depot will be decorated like it may have looked in the mid 1900’s when it was full of life. The walls of the building have been empty for over fifty years, making it a very exciting event. This will also be a time to get an idea of what the building will look like when it is completely finished.

Another class is making its way into this event. The business class is going to have a marketing opportunity that will be on display for everyone who comes out and sees the building.

The students and staff do encourage everyone to come see the building to support the classes involved with the building, as well as the school. 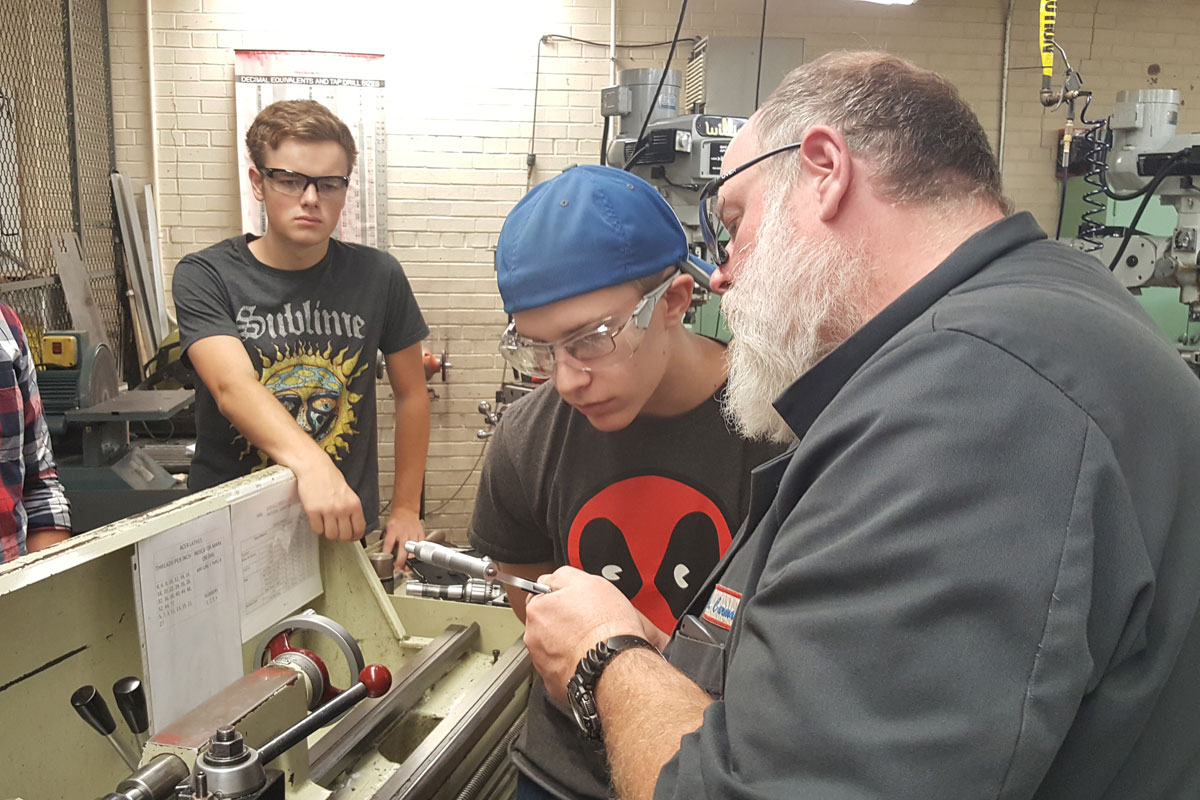 He is the kind of instructor that is very rare to see in “regular” schools. Speaking with Carmack for just a minute will show you the kind of person is. He is enthusiastic about teaching and loves to help students who need it. He definitely has a fun classroom environment to learn in. He gives one-on-one teaching to ensure that students can really grasp what he is teaching. Most importantly, he treats his students like adults. It is important that teachers at the Career Center have a good relationship with their students and Carmack provides that.

“He’s a really helpful and understanding guy,” One of his students said, “His class teaches me how to use machinery that common people are learning now and it will be beneficial to me in the future.”

If you asked Mr. Carmack 16 years ago what he’d be doing now, he definitely wouldn’t say “Precision Machining teacher”.

“I did not go to school to become a teacher. Teaching was a career that I thought I would never do. My mother taught special education and I saw the struggles she had and there was no way I was going to do that,” Carmack said.

Thank you Mr. Carmack for being such an awesome teacher for 15 years and doing everything you can to provide a great learning experience for your students! 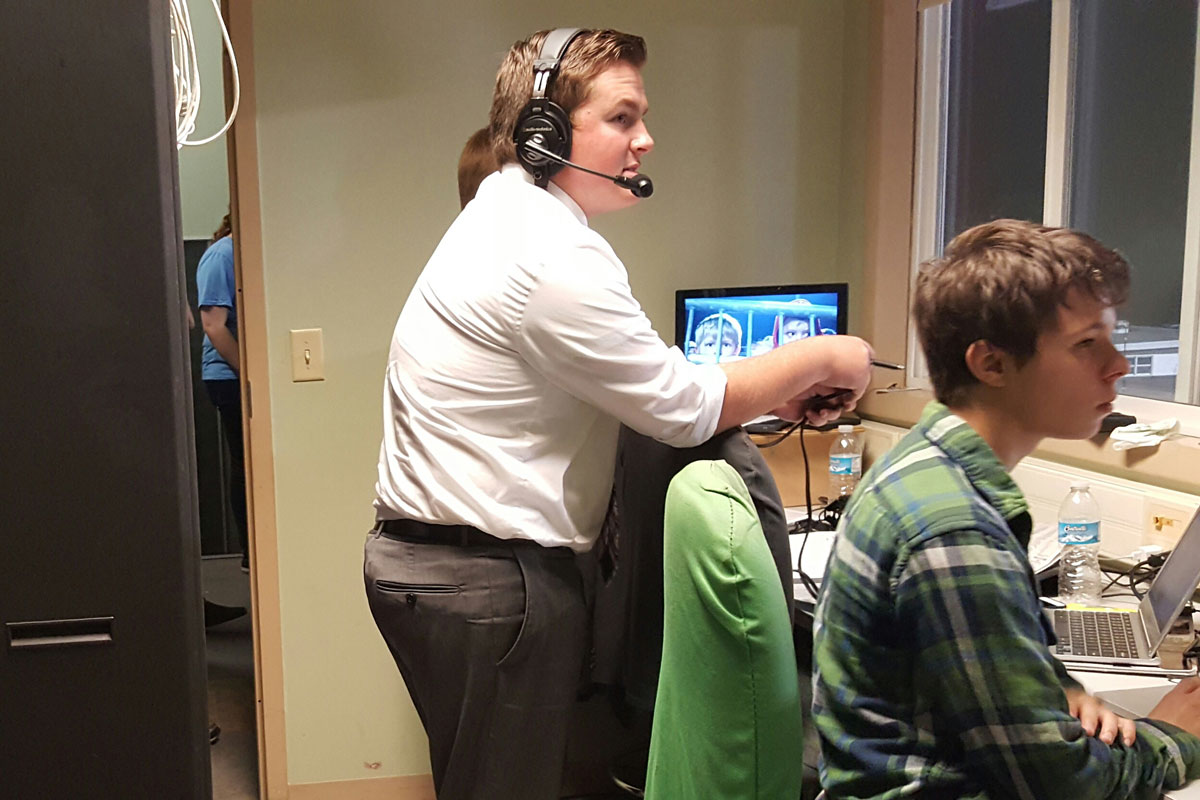 Student Spotlight
Passionate, determined and hardworking are all words that describe Payton Ball in the Video Productions class. Payton is a senior at Wheeler and a second-year student here at the Career Center.

Many students know him and all have a good opinion towards him.

“His best personality trait is that he loves to talk. In my opinion, that is the biggest reason he's so good at what he does. Payton can carry on a conversation with anyone from a state senator to a Times reporter to another student that he has known for just a few hours. I would call it ‘the gift of gab,’” a fellow student said.

He played baseball, soccer and basketball in his first two years of high school but said “I realized early on that if I wanted to get into Sports Broadcasting I kind of needed to let go of those because I knew that after high school I probably wouldn’t be playing those. Doing so has helped me here tremendously. I’ve been able to get involved in a lot of stuff here [career center] after school.”

Payton’s excellence was noticed early on by Mr. Phelps, his instructor. “Last year, when it was my first year in the program, it was just the third day of school, I had the chance to do play-by-play when Valpo played Penn. It was definitely one that I’ll never forget.”

Payton plans on attending college for Sports Broadcasting and wants to do play-by-play.