Spectacular Students:
While Kouts is filled with amazing athletes that deserve credit for all their amazing dedication, some specific individuals deserve recognition.

The first athlete who deserves a shout out is Kyla Roney (seen in photo provided). Kyla is a phenomenal athlete, and a well rounded student. During the course of a year, Kyla participates in activities such as volleyball, softball, cheerleading, Student Council and National Honor Society. Her hard work on and off the multiple fields and courts results in her being an amazing cheer captain this season. She has an incredible upbeat attitude and works her butt off for her teams. She is overall a wonderful captain to her fellow students and cheer mates.

Meagan Farmer is another spectacular student at Kouts HS. Farmer displays a cheerful, peppy attitude at all times, and also represents herself as such on the Poms team. She follows orders beautifully and dances even better. With the swing of her hips, a striking pose, and a beautiful smile, Farmer stands out as a dancer on the Poms team this year.

Another shout out is to Peyton Clinkenbeard. Clinkenbeard has shown great improvement in his game over the course of this basketball season and continues to be a major part of the team. He currently leads the team in field goal percentage, blocks, and is second in rebounds.

The last shout out is to Makaela Voyles. Voyles is always a ray of sunshine when it comes to cheerleading. A varsity co-captain, she shows incredible dedication for her school and her team. Whether it’s cheering on the floor or making locker decorations, Makaela steps up and takes huge steps as a varsity co-captain. 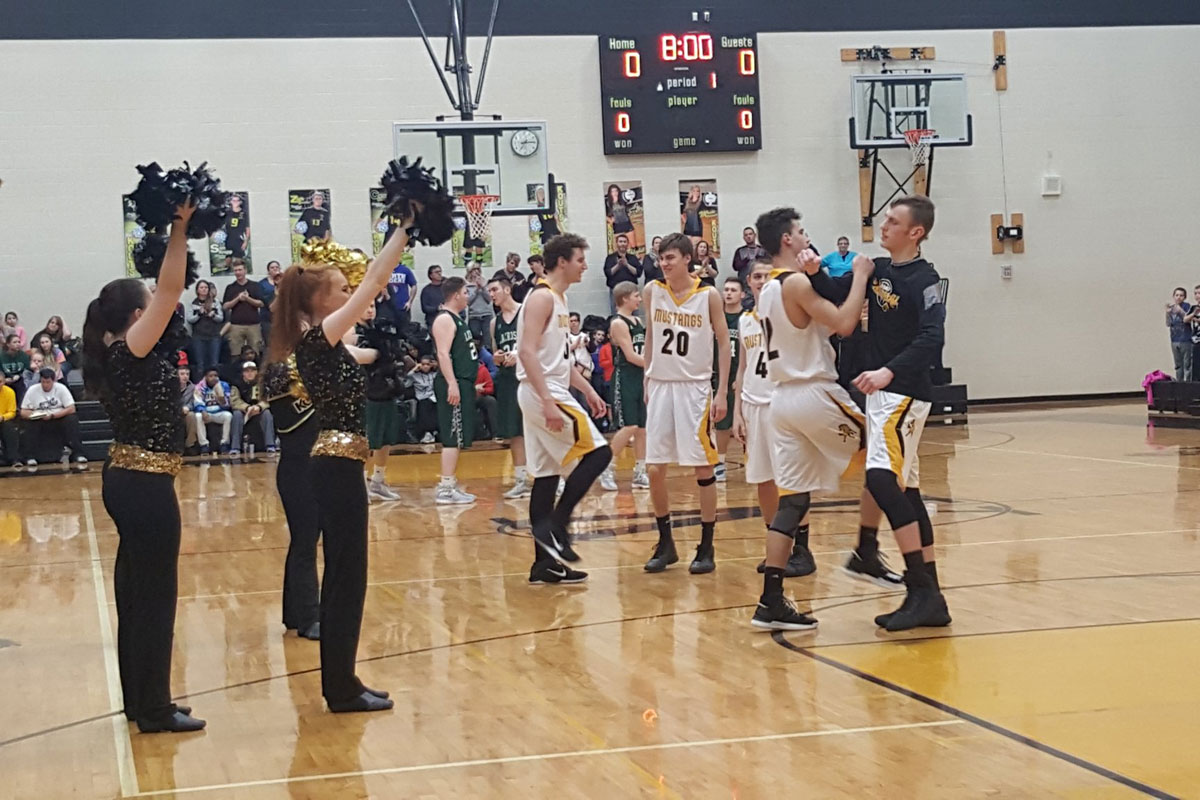 Basketball Victories:
The JV boys crushed Hanover Central 49-43. With Anthony Norman leading with a score of eighteen points and fourteen rebounds. Peyton Clinkenbeard followed closely behind with seven hoops and seven rebounds. Then came Hunter Yager had with seven points and six steals. The Mustangs also had a victory over Hanover 44-43. Jake Stewart led the Mustangs with fourteen points, followed by Alex Garavalia who added eleven points, then Ethan Ketchmark contributed eight points, and while Tyler Heimberg chipped in six. Brent Wireman had five rebounds.

Brent Wireman added seven points and five assists. Ethan Ketchmark had eight rebounds and four assists. The Mustangs went on to end the regular season with a defeat against LaCrosse. The night was also filled with final goodbyes to the court for not only the basketball players, but the cheerleaders and Poms seniors as well. The cherry on top of the sorrow sundae was the victory of the game. A close 58-56 win and a bittersweet goodbye for seniors Gabby Rogers, Haley Gulley, Ethan Ketchmark, Alex Garavalia, Elizabeth Palmer, Hannah Fosburgh, and Kyla Roney. 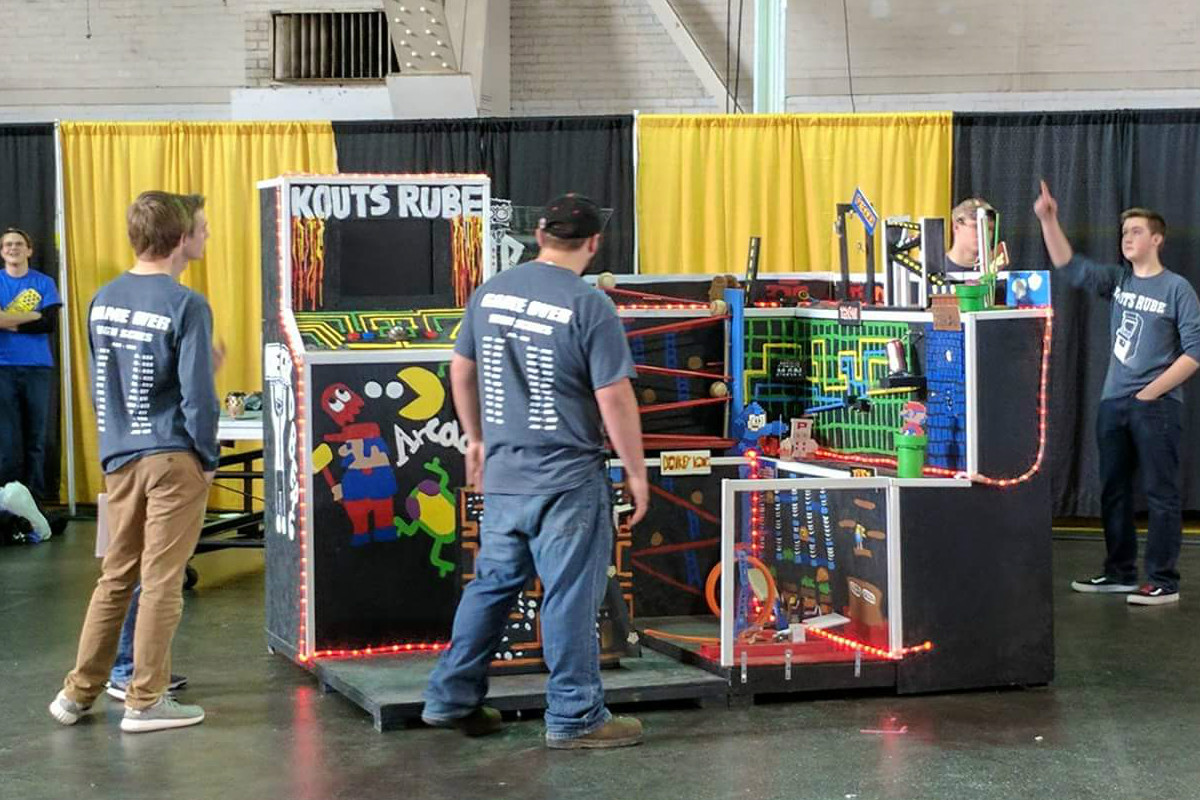 80’s Themed Machines:
Kout’s Science Fair was a great success for all involved. While the projects were fantastic, only a few were chosen for the first place category. In the first place category there was Isaak Sickles, Waco Sebastian, Izzy Sebastian, Zac Nomanson, John Wehner and Tyler Illyes. The participants who earned the title “Best in Show” project was the combined duo of Hunter Yager and Kyle Mergenthaler.

The team proved their many hours of hard work and dedication can reach Rube Goldberg success.

The donated clothes went to patients of the ER who have casts, stitches, and other injuries to wear instead of the paper outfits when they go home. This includes t-shirts, button down shirts, sweatshirts, sweatpants, and yoga pants and/or leggings. However, there’s a catch to this little partnering; the school with the most points from clothes donated was able to gain bragging rights!

For every t-shirt donated it is five points, for every button down ten points, for yoga pants and/ or leggings 15 points, and sweatpants/sweatshirts 20 points.

Kouts is currently tallied in at 3000 points, with the winner to soon be determined.