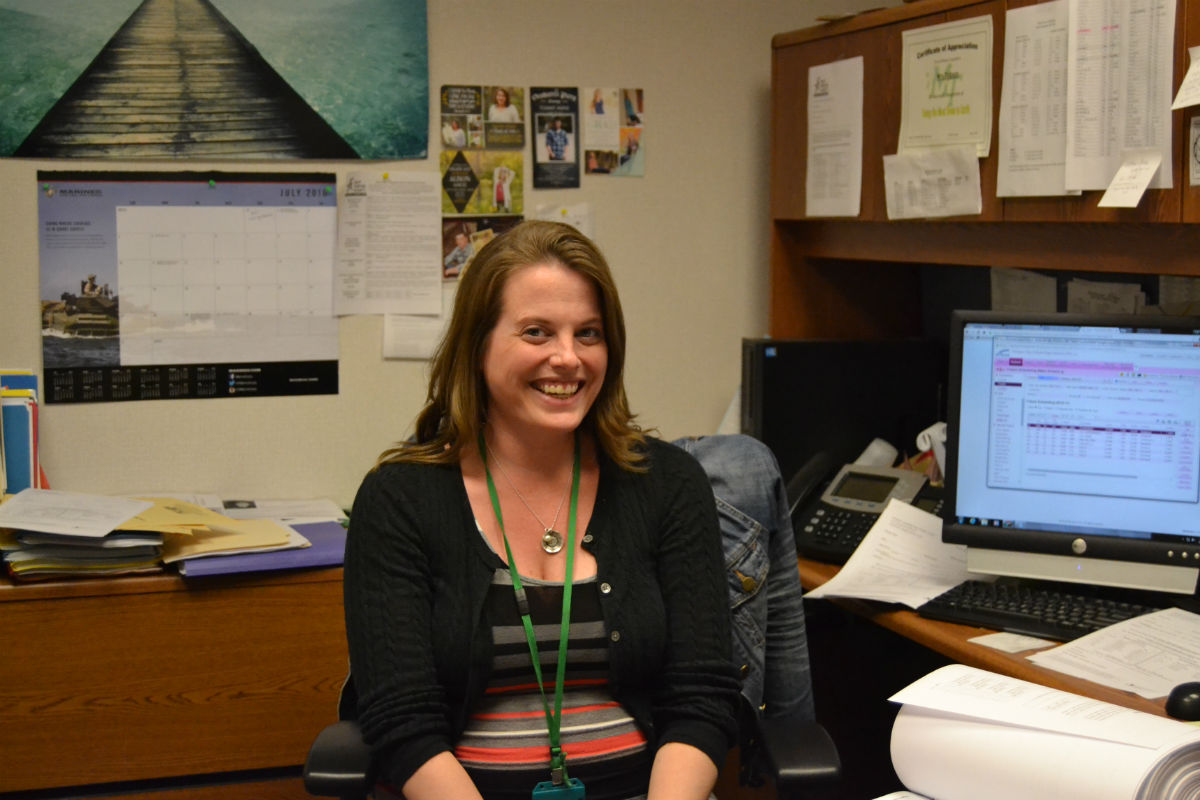 Teacher Feature:
Teachers aren’t always found in the classroom. Sometimes they’re found in a little room in the guidance office. Guidance counselors are some of our greatest teachers. They guide us in times of need, and in times of class schedule conflicts. Morgan is extremely lucky to have a wonderfully dedicated, thoughtful, intelligent guidance counselor; and her name is Kim Dobson.

Mrs. Dobson counseled for Boone Grove and Wheeler High Schools, but when she wanted to move to Kouts she sought out positions in the area, which lead her to Morgan! It became the perfect fit for her, and she developed an immediate love for her students.

Being a school counselor seemed to be the job for Mrs. Dobson from the very beginning.

“I have always loved education, but felt too self-conscious to be in front of a class on a daily basis. I knew I wanted to help people and be involved in education somehow," says Dobson. "I enjoy helping students discover their paths in school and in life!”

As anyone could imagine, counseling can be very stressful.

“You can’t turn off the worry and concern about your students when the school day ends I listen to my students and their worries, and their worries and struggles become my worries," says Dobson. "But I wouldn’t change it for the world!”

Although it can be hard for her at times, anyone that gets advice from Mrs. Dobson knows that she genuinely cares and is looking to help you achieve your best.

“I want my students to know that I am here to help. I want to help my students accomplish goals. I am a resource and I love to find out what people are interested in and passionate about.”

Balancing your school requirements and your mental health can be a handful, but anyone in the middle/high school level at Morgan knows that there is someone waiting to help you through it all. Mrs. Dobson really is one of the life’s hidden treasures. 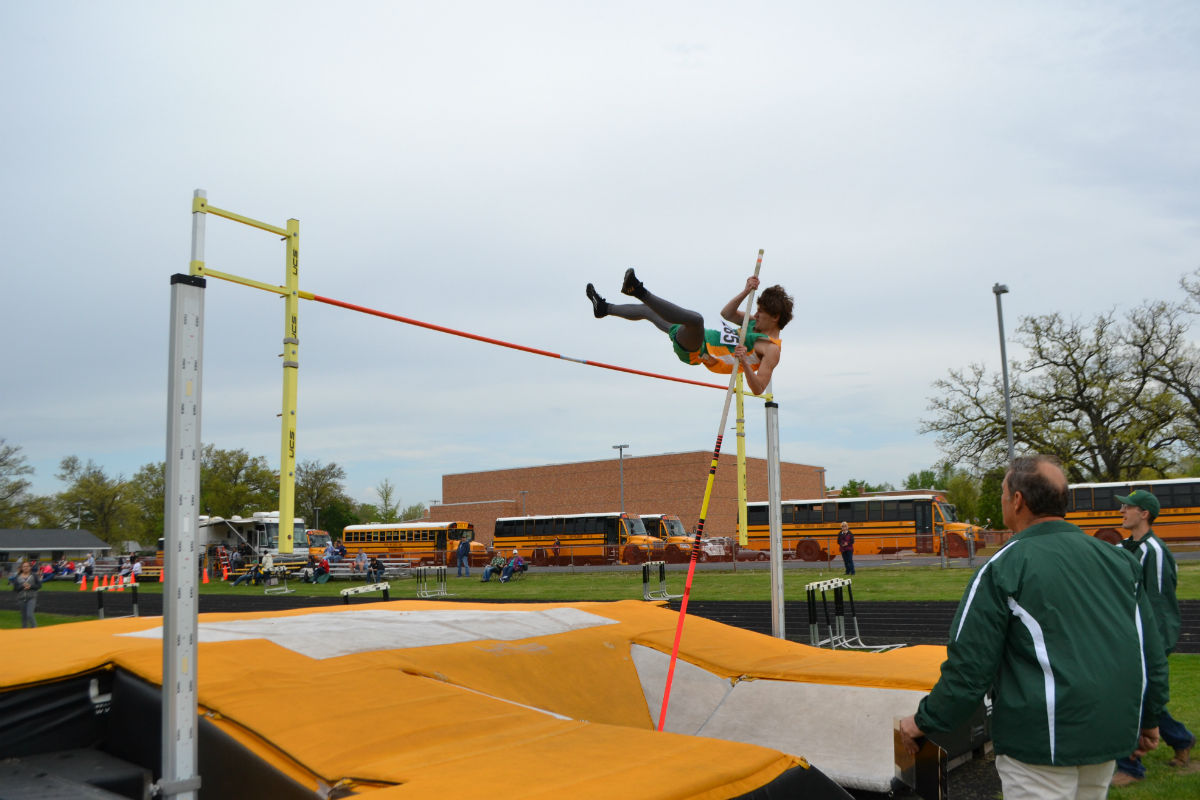 Student Feature:
Staying motivated as the year wraps up can be difficult. Thankfully, Morgan’s students know how to give every ounce until that final bell rings. Dylan Howe, a senior, is one of the students proving that it’s not over til it’s over. Dylan fills his days with track, rigorous course work, and multiple clubs.

Track became a part of his life in 6th grade.

“I chose to do pole vault and hurdles, because no one else was really interested in doing them at the time,” Dylan says doing track for such a long time is really rewarding, because of how much you see yourself grow as an athlete. He also loves the people that surround him.

“Coach Tancus is really great. He makes practice more enjoyable, which encourages me to work even harder. As far as my teammates, it’s been cool because I’ve become friends with people I wouldn’t have ever talked to in school. Track has shown me how to get out of my comfort zone in many ways.”

When it comes to academics, Dylan has always pushed himself to take the most advanced classes available. Some from this year include AP English and Calculus. In addition to that, he has been a member of Student Council, German Club, and EPHS for every possible year.

“I love being able to be a part of and to help the school’s community and Valpo’s community.”

Taking on so much would stress most people, but Dylan’s advice is to try to do the opposite.

“Just take things as they come, because they tend to work themselves out.” 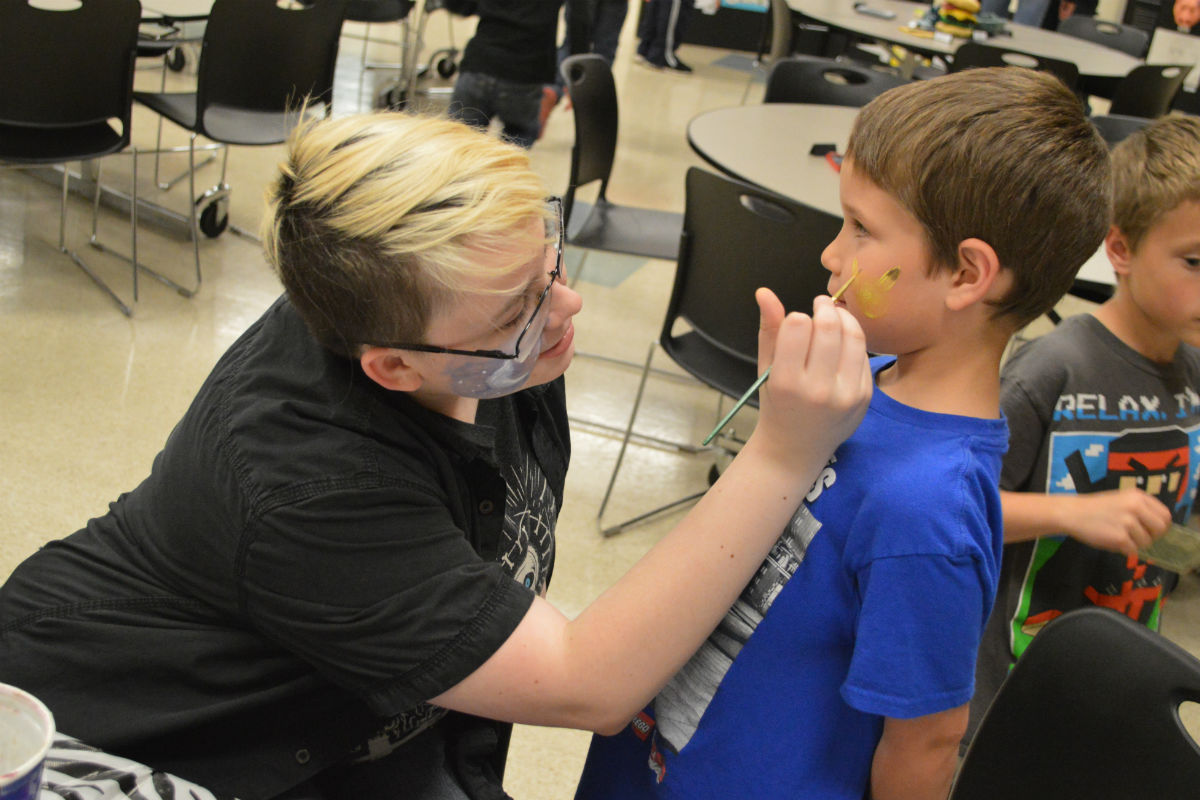 Ice Cream Social:
You know it’s almost summer when the Ice Cream Social rolls around- the annual art show for both the elementary and the middle/high school. For one night, various projects from the whole school year are set up on display boards and pinned to the walls for all to admire. Seniors also get the chance to pick out their favorite creations to be displayed in a featurette at the show.

Each student had around two pieces in the show. They were able to pick out a few works from the abundance of assignments given throughout the year. This provides students the chance to proudly display their art while bringing the school community together. And what a better way to support the arts than by an art gala with free ice cream? Oh, don’t forget about one of the best parts- face painting! Art Club members break out their brushes and palettes to free hand little designs at the subject’s request.

The Art Show is a favorite of many at Morgan. It brings all walks of life together to celebrate something beautiful- the cultivation of art and self-expression in young people. And of course, free ice cream. 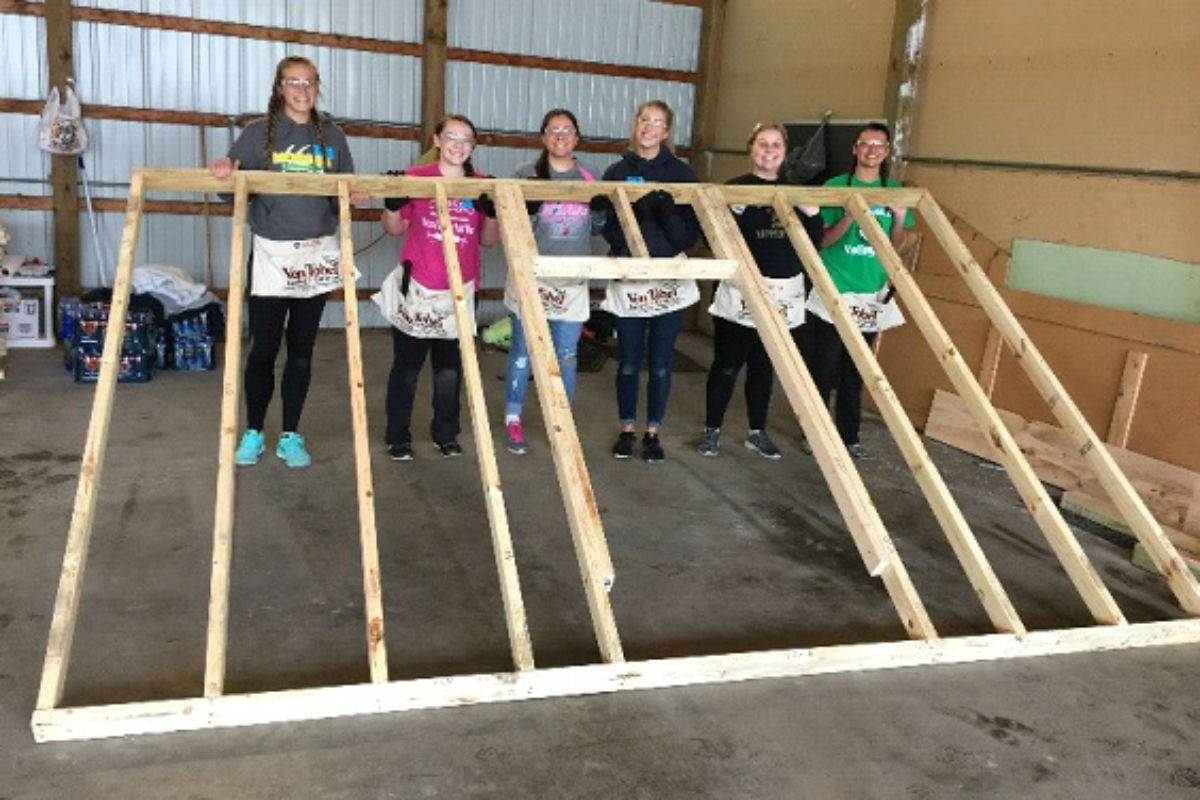 Habitat for Hebron:
On April 30th, Student Council, EPHS, Key Club, FFA, and FCA joined forces to build for Habitat for Humanity. A Student Council member’s grandfather is the Executive Director for Porter County’s HFH, so the opportunity was brought to light as a potential project. The Student Council was extremely excited because they had been hoping to do more service work. They immediately did all they could to make the dream become a reality.

After presenting the idea to the school board and receiving total support, the groups teamed up to build wall panels for a future two-story house that will eventually be home to a family of 11 from Hebron.

In spite of the dreary weather that day, the clubs still accomplished a lot. The bus barns were cleared out for construction so students from all grades and supervising Habitat volunteers were able to assemble around 50 panels.

“Many of our kids had never done anything like that in their lives, and to watch them grow throughout the day getting surer of themselves, it was awesome how much growth occurred by our kiddos in only a few short hours,” said StuCo’s sponsor, Vanessa George.

The rest of the house will be built this summer. The Student Council is hoping to contribute even more to the project, and to work with Habitat again in the future, perhaps even yearly!