Three guest speakers visited Kouts this month to talk to students about a variety of topics. To kick things off, the John Jacobs’ Next Generation Power Force presented on September 11. Behind the physical demonstrations of strength, like bending a half inch steel rebar two times and rolling a metal frying pan up, lie an inspirational message that each student has the strength to positively change their lives.

The following day, Nathan Harmon of Your Life Speaks, spoke to the entire middle and high school. In an emotionally charged presentation, Nathan told his life story of divorced parents, drug addiction, suicidal thoughts, and jail time. Ms. Celeste Robinson, the Kouts guidance counselor who set the event up, said she chose Nathan to speak because he covered all of the bases, like bullying and suicide prevention. These can be very hard things to talk about, but they need to be addressed. Nathan’s purpose is to provide students with the tools they need to navigate their lives by sharing his story. His passionate delivery engaged students throughout the entire presentation and sparked meaningful conversations during the week.

Lastly, on October 5th, an officer from the Indiana State Police Cyber Crime Unit spoke to the student body about making positive choices online. The officer connected with students by sharing stories of young people who became victims of cyberbullying and human trafficking because of decisions they made on a screen. The officer mentioned the benefits social media, but urged students to find the truth and be careful. 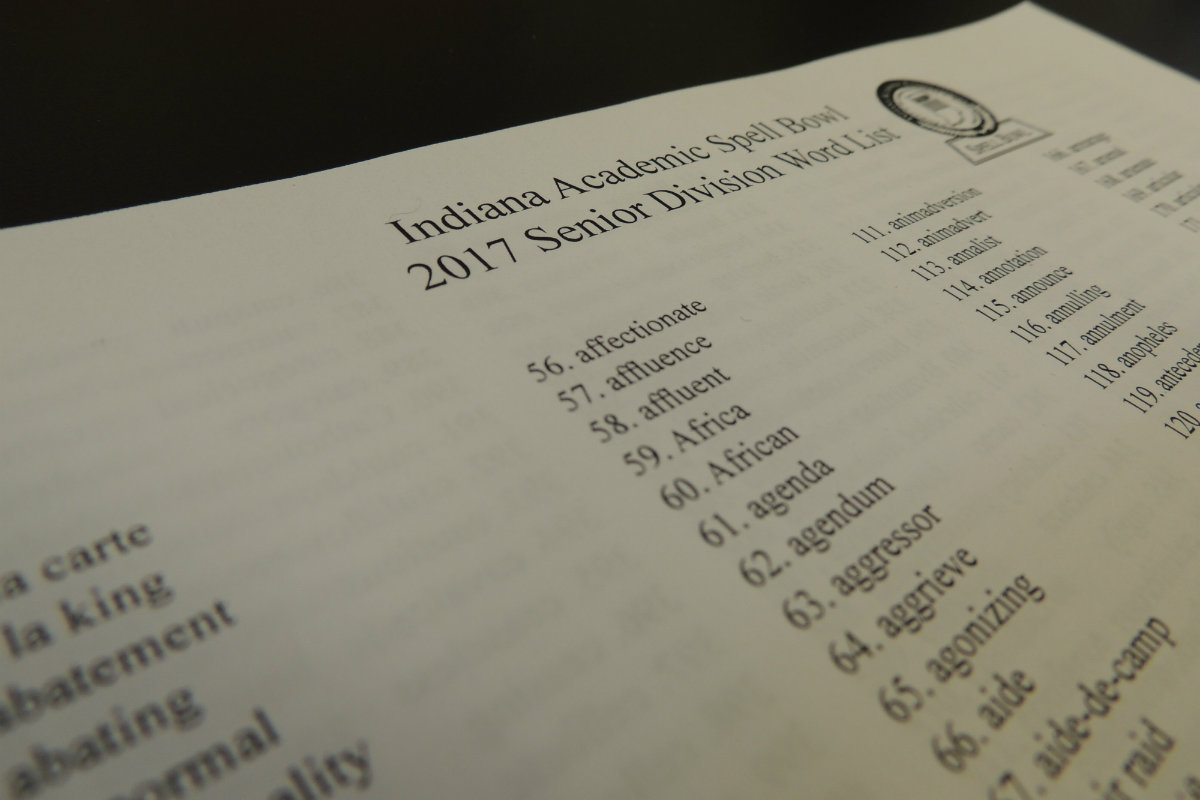 The high school Spell Bowl team is hard at work preparing for their upcoming competitions in October and November. This is Evelyn Ames’ thirty-second year coaching Spell Bowl. Her team has qualified for the state competition thirty-one of those years. This year is special because the team is on a three-year state championship winning streak, the longest winning streak in Kouts Spell Bowl history. An admittedly competitive Ames would like to make it four years in a row and is pushing her team to do well and win. This will be Ames’ last year coaching, as she plans to retire at the end of this school year.

Learning how to spell 2,640 words is no small task. To prepare, the team comes in early before school, during lunch, or stays after school to use a computer program that administers spelling tests. Students then have to write the words they miss five times.

To get more practice, Kouts will be hosting two invites, October 2 and October 23 at 5:00 in the PAR gym. The team will also be traveling to Benton Central, East Noble, and Logansport on October 17, 18, and 25 respectively.

To qualify for state, the team must first do well enough at the area competition, which is set for October 30 at Kouts at 5:30. From there, if the team qualifies, they will head to Purdue University in West Lafayette for the state competition on November 9.

The Wheels on the Bus Go Round and Round 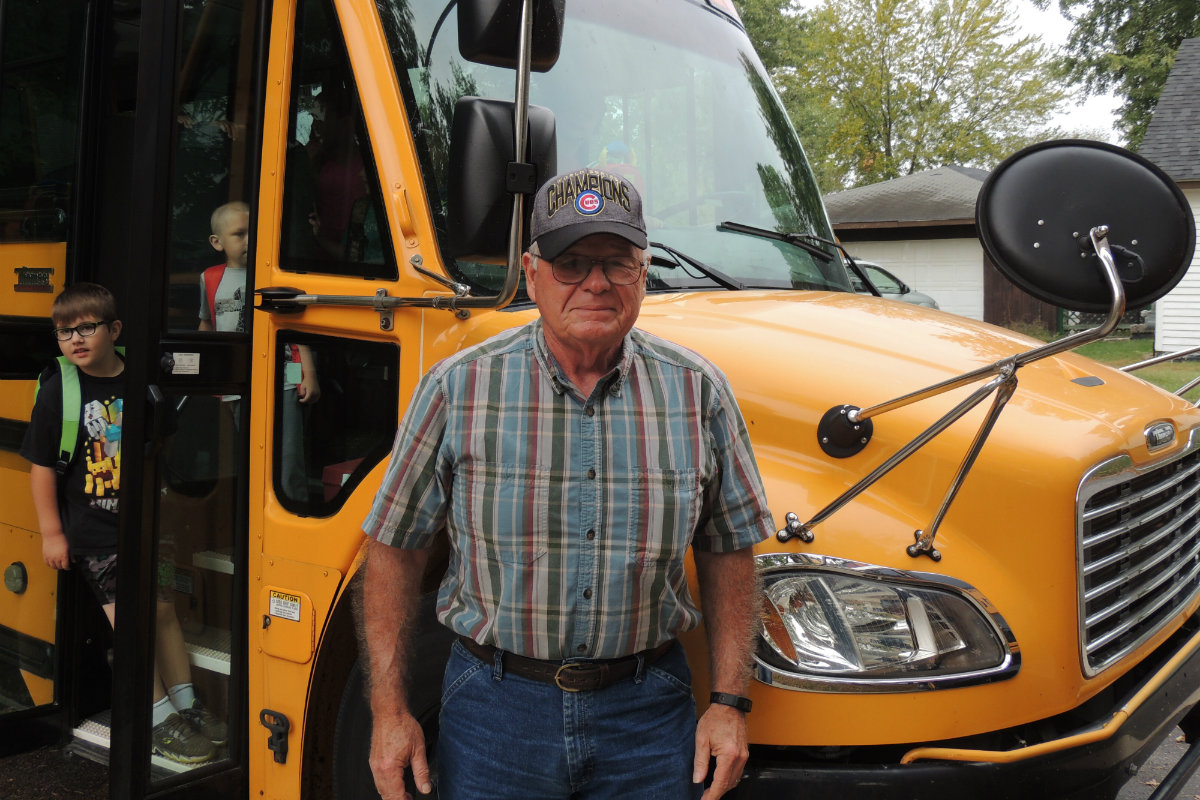 Kouts is fortunate to have many dedicated teachers and staff members. One of these individuals is bus driver, Mr. Byron King. He started as a part-time bus driver for Morgan Township in 1998 to supplement his farming income.

“It soon became a joy to be with the children and know that I was getting them safely to and from school,” King said.

He transitioned to a full-time position at Kouts in 1999.

Along with being a bus driver, King has been a full-time grain farmer since 1968. He grew up on a farm and is now enjoying watching his eleven grandchildren experience farm life. King does not see retirement in the near future.

He said, “I’ll retire from farming when it becomes a job. I’m still loving it.”

Driving buses runs in the King family blood. At one point, there were five Kings driving buses for either Morgan or Kouts. King’s sister-in-law, Pat, just retired after more than thirty years of service to Morgan Township.

In 2013, King had triple bypass surgery. He was back behind the wheel only seven weeks later. During his recovery, he received an outpouring of love from students he has driven. King’s wife assembled a scrapbook of all of the homemade letters and drawings.

He said, “It’s humbling to know I have that kind of influence on those around me.”

King truly treasures his time with students and being able to see the kindergarteners who called him “grandpa” grow up to be confident high schoolers. 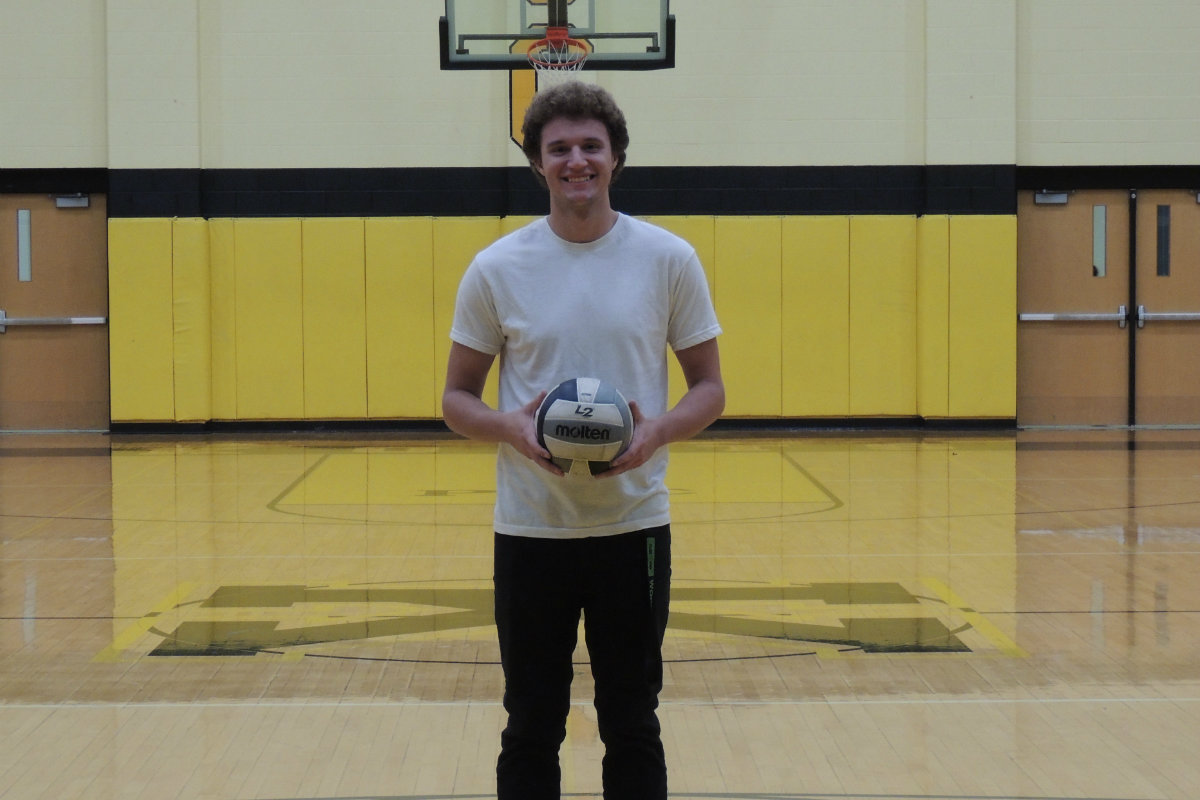 Heimberg said Coach Stewart “handled it fine. He was happy for me to break it.”

Heimberg is a three-sport athlete, a title an elite few hold at Kouts. As the season changes, so does the sport Tyler is participating in. After the volleyball season, he starts basketball practice right away. Heimberg has played varsity his junior and senior years and has always played center. In the spring, Heimberg throws shotput and discus on the track and field team.

Heimberg has also taken on leaderships roles on the teams. As volleyball captain he said, “I’m a senior so I need to provide for the team and stay confident for the team.”

When they hit a rough patch early on in the season, Heimberg felt it was his responsibility to keep everyone’s spirits up and push them to keep trying their best.

Heimberg has worked on the Porter County Fair Crew the past two summers and enjoys fishing with his dad. He is currently a vocational student in the welding program at Ivy Tech and has been recruited by the head volleyball coach of Trinity Christian College in Illinois. After college, he would like to continue a career in welding.