Hoopin’ It:
The girls picked up their first win of the season against West Central, 23-21. Sadie Leatherman led the Fillies with eight points and five rebounds, followed by Morgan Kobza who added seven points and ten boards. Chloe Koedyker trailed behind with five baskets and nine rebounds. Briana Harper added two free throws. The JV also scored a win against West Central that night. 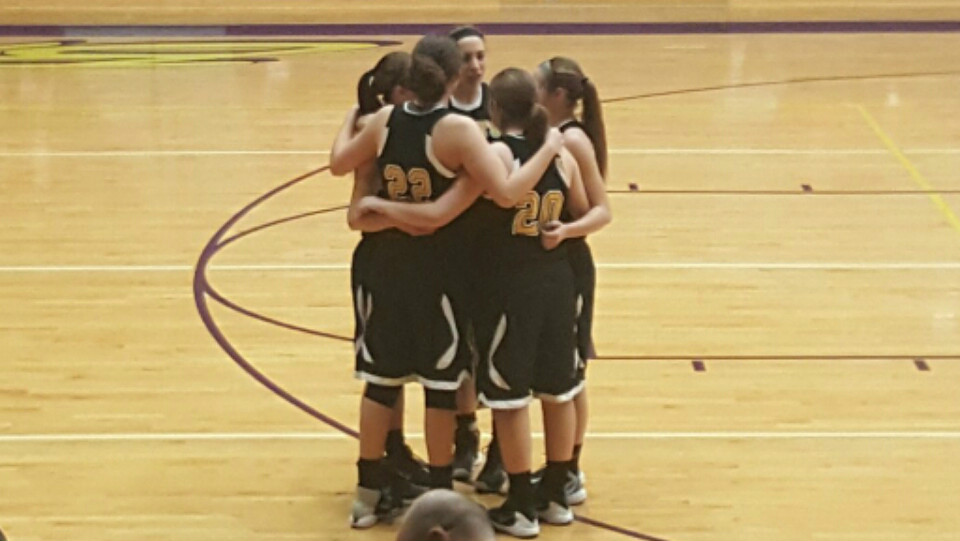 The varsity boys had a win and a loss. After defeating Covenant Christian 69-59, the boys were pumped to face KV. Unfortunately, the boys lost to Kankakee Valley, 50-44. Against Covenant, leading the team was Alex Garavalia with twenty points, followed by Dillan Matthes with seventeen points, Tyler Heimberg with thirteen points, Ethan Ketchmark with nine rebounds, and Brent Wireman with seven assists. 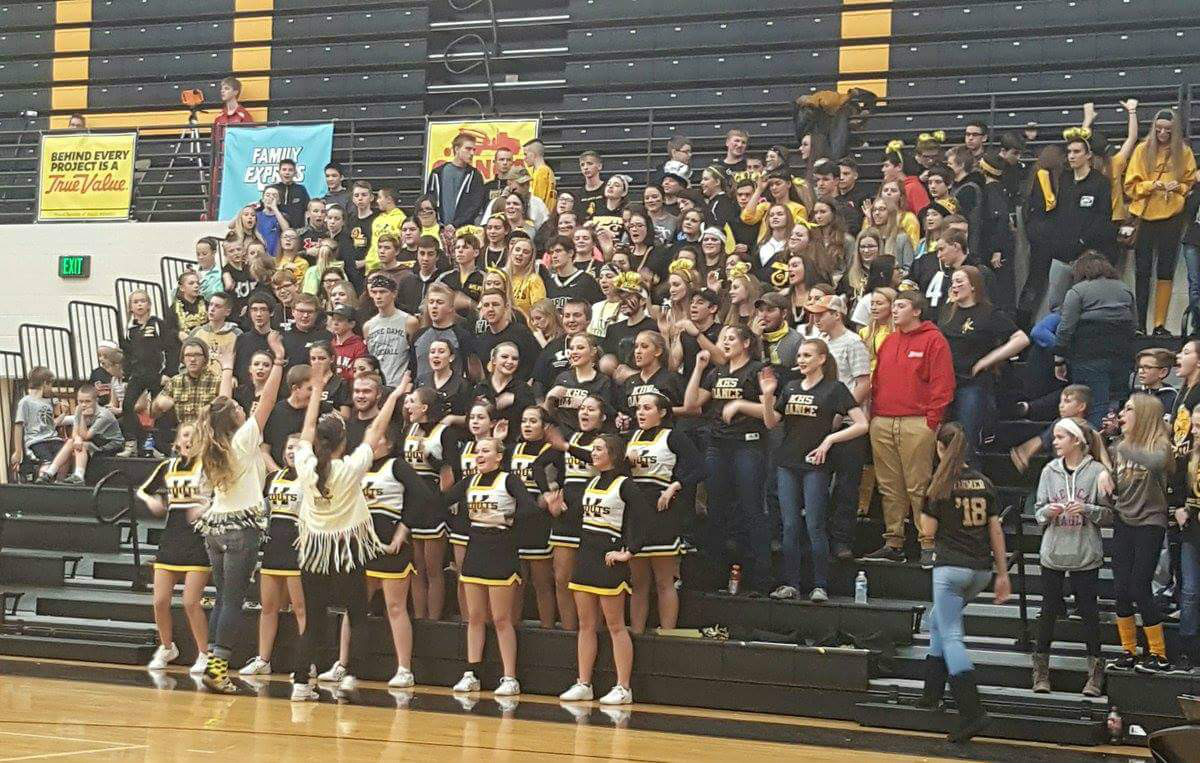 With several honorable mentions in the above games listed, it’s not a surprise that one of the most mentioned names on the Fillies is leader and amazing player, Sadie Leatherman. She is super hardworking in every sport she does and she puts her all into everything. Game after game and point after point, Sadie strives to improve at least a little bit. She is one of those players who knows there is always room for improvement, and room to work a little harder to push yourself more. She works so incredibly hard for everything she does and she’s such a valuable player on the Fillies this year. 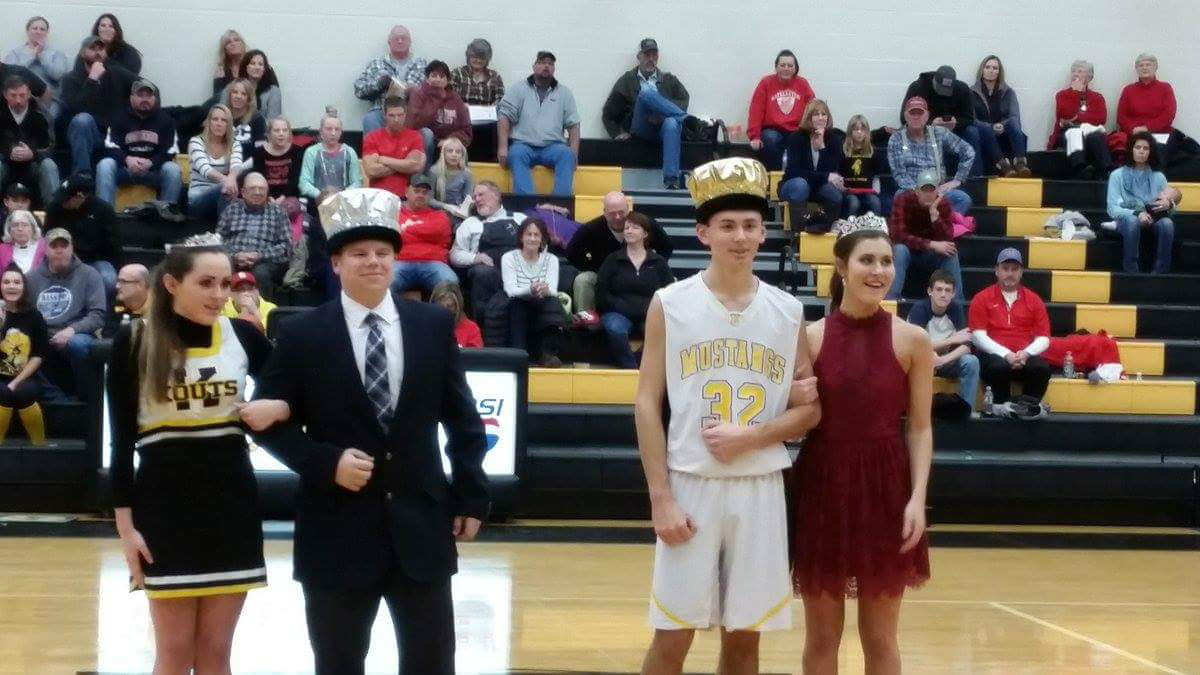 Homecoming Hype:
For this Homecoming, the Student Council was determined to make it full of Kouts spirit and to muster up spirit, you have to pull out all the stops! First was fundraising. That meant selling T-shirts for the game specifically since the Homecoming game theme was all out black and gold.

Next was Homecoming proposals. This year, whenever you asked your sweetie to Homecoming and posted it to the #KoutsHomecoming2016 with your clever proposal, you had the opportunity to win FREE Homecoming tickets for you and your honey! (That’s thirty bucks back in your pocket.) Winners of those two free tickets were Elizabeth Palmer and her date, Jason White. Dressing up like her favorite dinosaur enthusiast, Elizabeth proposed to Jason with the phrase, “I’d dig it if you were my dino-mate date to Homecoming.” She even included a little homemade dino at the bottom.

To add sparkle to this Homecoming occasion, students had a week-long dress up that included days like Tropical Day (dressing like you’re on that paradise vacation), Decades Day (dressing from your favorite decade), and PJ Day (the best day). The Student Council also put on a pep rally this year that featured a special dance with the teachers getting down and shakin’ their groove thing. We also included class competitions during SRT with games that included shaking your butt, stuffing balloons in sweatshirts, and the ultimate relay race. But it doesn’t end there. There was also Powderpuff basketball games where each class had a team of players who didn’t play basketball during the year. Each class competed against each other with “coaches” being students and Mr. Schwartz.

Also, knowing the Kouts’ kids love for food of all kinds, Student Council suggested a tailgating party before the game. That meant grilling, pop, sweet treats, and cornhole. However, with all the fun and laughter, tensions were still high that night, not only for the players but for the nominees for Homecoming court.

The nominees this year were Kassydi Stefanelli, Kenna Howard, and Ashlee Jordan with a three-way tie for Princess, Russell Muller and Will Carpenter for Prince, Kyla Roney and Chloe Koedyker for Queen, and Zach Bender and Ethan for King. Stepping into the gym in beautiful dresses and hair done like a real royal court, it wasn’t a surprise that the nominees were a bit frightened. Despite nerves, the winners of that night went to the lovely Kassydi Stefanelli, Russell Muller, Ethan Ketchmark, and Chloe Koedyker. The nerves didn’t last long. After an exciting win, most kids were pumped to make their way all dolled up to the Arabian/ Moroccan themed dance waiting for them the next night.

By the time the night was over, half the heels had been flung aside, hairpins cluttered the ground, and sweat was the perfume. You could say it was a pretty amazing night. Huge thank you to all the students who helped make that week and that night POSSIBLE. Incredibly big thanks to the setup and clean-up crew for the dance, also!