For Kouts patrons and students, basketball season is equivalent to a football season. Kouts thrives in the season that celebrates sweaty students, iconic plays, ticking anticipation, and determination. So, when basketball season rolls around, not only do the students explode in enthusiasm. The parents, grandparents, foes, longtime pals, and players crowd in for the game. From there these odd groups of people hop place to place as the basketball boys play, lose, win, and share in every fantastic moment. Plus, wherever you’re from, whether it be the opposing side that night, or right in your home gym, basketball brings about this sense of competition. It rials up the most unenthusiastic crowd.

This year, the season already had begun in a whirlwind of hoops and rebounds, and the Mustangs and Fillies were really in crunch time with PCC around the corner. However, they began rough in January. On January 3rd, the Fillies lost to Knox 58-49. Chloe Koedyker led the team with moxie, scoring thirteen points, grabbing five rebounds, and managing four assists. Morgan Kobza trailed behind with ten points and six rebounds, with Sadie Leatherman adding eight points, McKenna Palmer with nine points, and Ryleigh Cadwell adding seven. 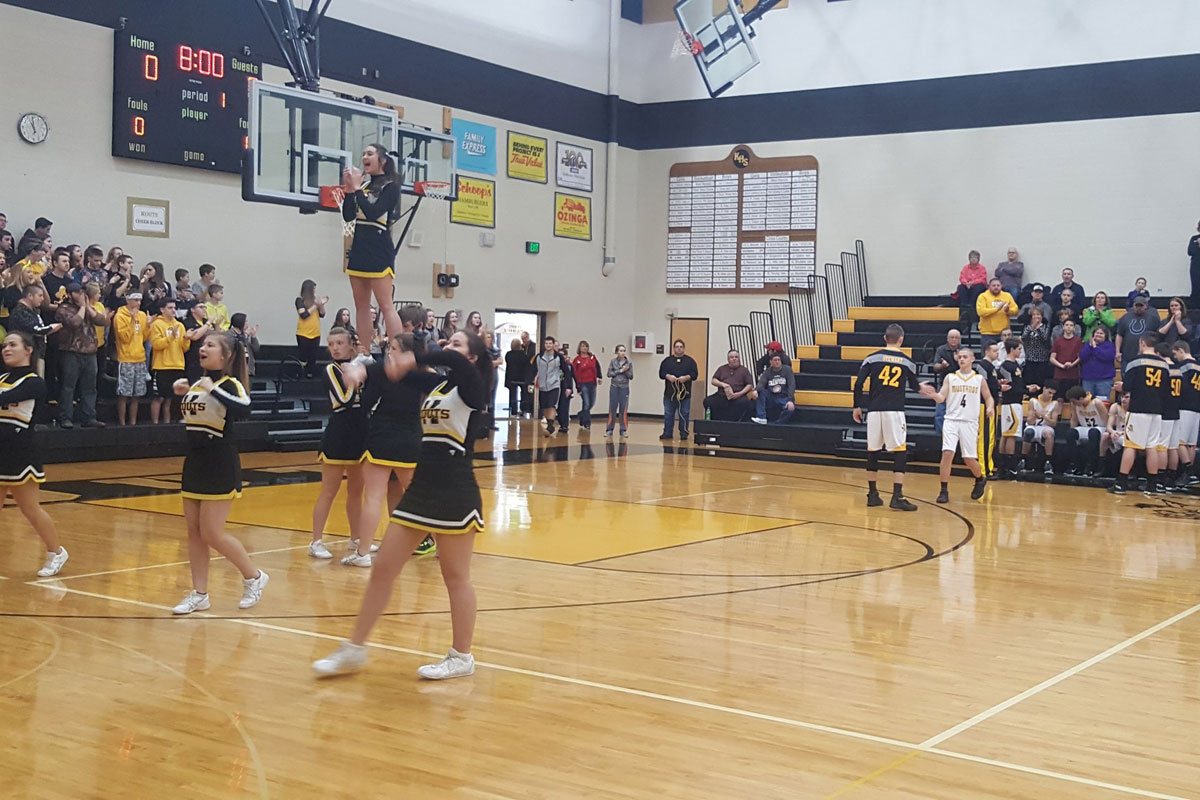 Ethan Ketchmark racked up a total of thirty-four points and eighteen rebounds. Followed by Alex Garavalia with twenty-one points and eight assists, then Brent Wireman added twenty-seven points and ten rebounds. Dillan Matthes was just behind, a little shy of thirteen points while Jake Stewart had four rebounds and Zac Nomanson had threed assists. On January 10th, the Fillies took a close loss to the LaCrosse Tigers 35-34. Sadie Leatherman led the way with nine points and fourteen rebounds, followed by Chloe Koedyker with eight points and eleven rebounds, Mckenna Magura with seven points, Claire Cochran with four points, and Morgan Kobza also with four. 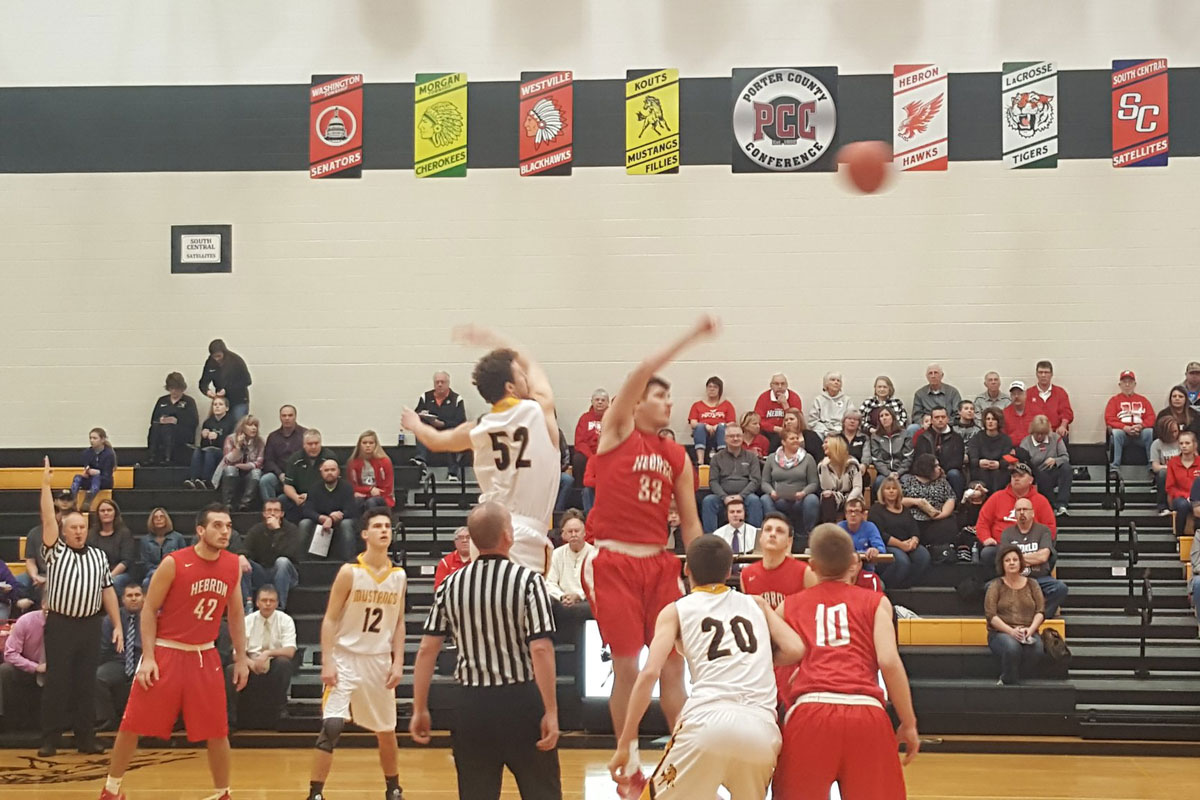 For Kouts, the goal this year was to respark the old spirit that seemed to fade over the years. And so far, it’d been a major success, especially with Homecoming and Homecoming week and now it was time to really hype it up. It was PCC time and the spirit had to be hyped up if we wanted to support our boys and also if we wanted to score that spirit award.

Unfortunately, The Fillies were defeated in the first round of the PCC tourney by LaCrosse 46-32. Chloe Koedyker scored ten points, grabbed eight rebounds, and had five assists, followed by McKenna Magura with nine points, and Sadie Leatherman with four points and four rebounds. The Mustangs, however, picked up a win around January 18th, defeating LaCrosse 51-35. Brent Wireman led th team with eleven points and five rebounds, followed by Alex Garavalia with eleven points and five rebounds, then coming up behind Alex was Dillan Matthes with eleven points. Ethan Ketchmark had seven rebounds and Zac Nomanson sank three free-throws. On January 22nd, the Mustangs fell to Hebron at the semi-finals of the PCC tournament. Ethan Ketchmark was leading with twelve points and seven rebound, Dillan Matthes close behind with twelve points and four assists. Alex Garavalia added nine points to the scoreboard, with Tyler Heimberg contributing six rebounds. Brent Wireman managed to lend a hand, with four assists while Jake Stewart preoccupied himself by sinking four more points. 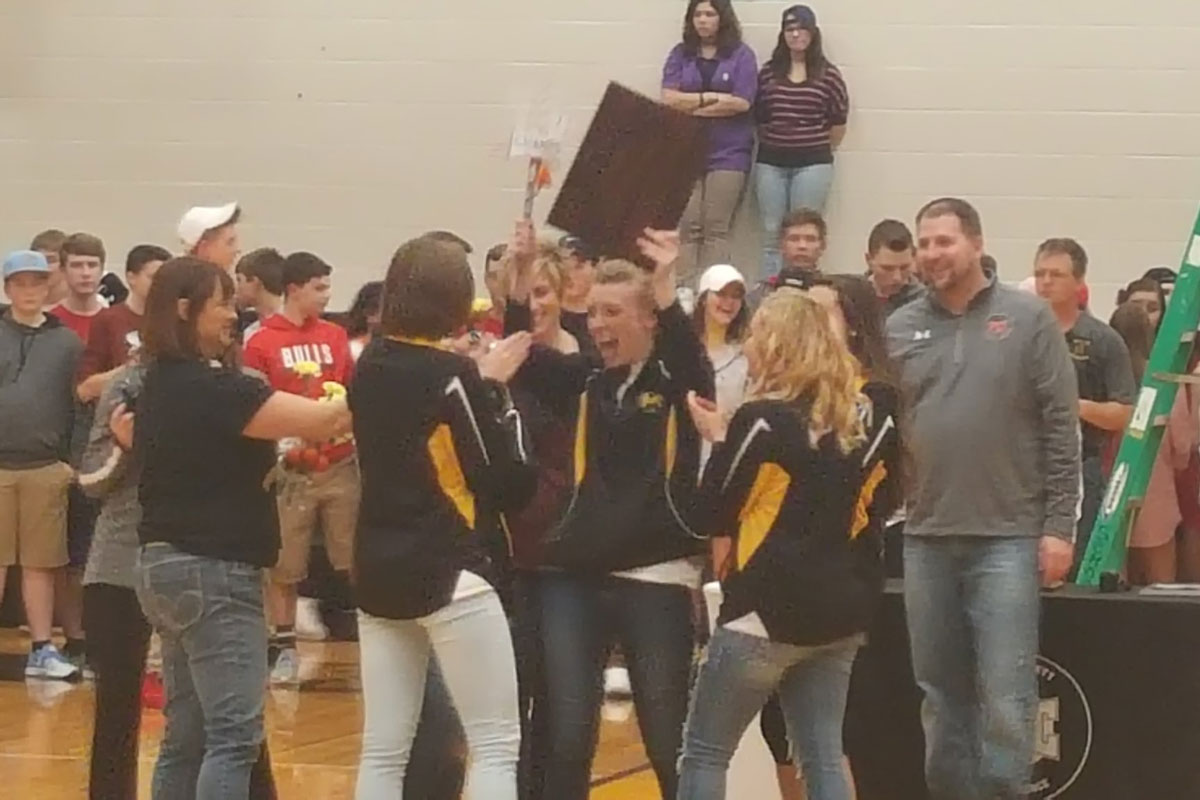 While the boys took some losses and a major win, the crowd and students kept their cheer spirit up enough to persuade the judges during PCC. The students had three days of PCC wear, including tie-dye, black and gold, and (the favorite) PJ’s! The Poms team rocked a routine to complement the “Cops” theme chosen for this year and the cheerleading team busted out cheers to keep the spirit high and the crowd roaring. With cheers, whoops, and shouts from the crowd encouraging and egging on the boys team, we managed a victory at the PCC game. So much so that Kouts was awarded the spirit award! This is the first time in 16 years!