Track
While hosting the Kouts Invite, the Fillies finished in second place.

On May 6th, the Fillies and Mustangs competed in their first conference track meet. The Fillies finished in the runner-up position while the Mustangs came in third out of eight different teams.

Athletes that earned All-Conference were Ryleigh Cadwell in the 400, Drew Saulsgiver in the 300 hurdle, the combined team of Jake Stewart, Todd Fox, Jay Heinold, and Drew in the 1600 meter relay, the combined team Gabby Rogers, McKenna Palmer, Faith Robertson, and Ryleigh in the 1600 meter relay, Sydnee Hill in the long jump, and, finally, Jake Stewart in the high jump. As for Mental Attitude, Gabby Rogers took that award with flying colors, for the 2017 season.

On May 18th, the Mustangs had their sectional meet and finished in eighth out of fifteen teams. Finishing in top 3 and heading to Valparaiso Regional are Jake Stewart in the high jump, Chase Jefferson in the 3200, and the combined 4 x 4 team of Jake Stewart, Todd Fox, Jay Heinold and Drew Saulsgiver who finished first. 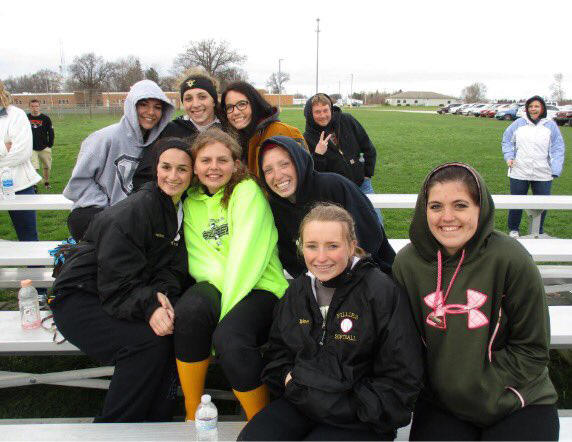 Wins & Losses
The Kouts Fillies softball team battled out nine long innings with LaCrosse before they took the winning score of 7 to 5.

Lauren Aguirre pitched every inning, throwing out only the best pitches to secure the win. Battling alongside Lauren was Alexis Baldner who went 4 for 5 that night. Following was Sadie Leatherman who drove in three runs. A commemorative moment from that game was when Kyla Roney laid down a squeeze bunt which led to Alexis Baldner scoring.

When the Fillies softball team went up against Hebron, they, unfortunately, came up short. During that game, Makenzie Ward and Kyla Roney contributed two hits each. Sarah Bochnicka fought hard with a 3 for 3 and one RBI. Sadie Leatherman had a double and had one RBI, also. On May 3rd, the Fillies beat the LaVille team with a score of 13 to 3. All within five innings. Kylee Martin pitched the whole game, Makenzie Ward was 2 for 3 with one RBI and scored three times, Sadie Leatherman was 2 for 4 with one RBI and scored one time, and Alexis Baldner was 1 for 2 with two walks and scored two times. 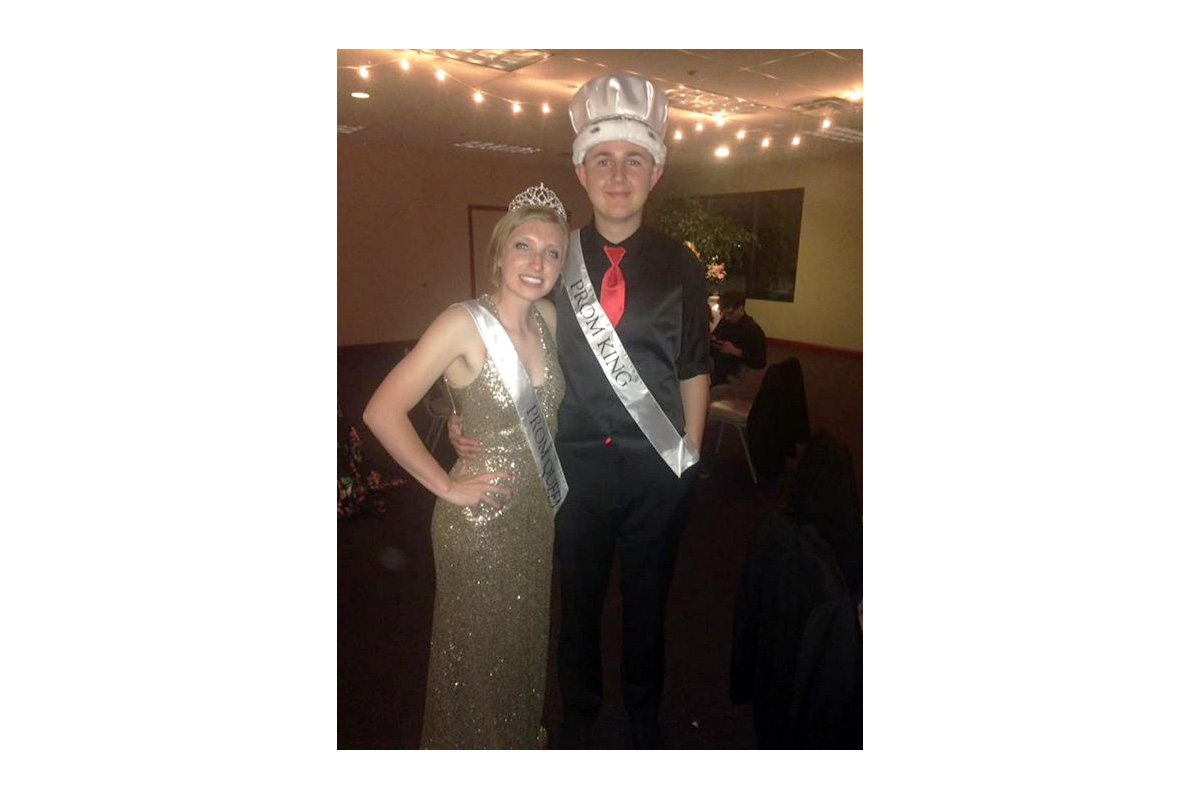 A Walk Through the Secret Garden
“Sometimes you will never know the true value of a moment until it becomes a memory.”

A quote that defines the very meaning of Prom for every teenage girl and her prom date. This year, the Kouts clan, headed by juniors Grace Higbie and Amanda Gardin, created the theme of Prom as being A Walk Through the Secret Garden.

On May 13th, at 5:30 Grand March commenced, firing off the whole evening. For Kouts, the Grand March is a mandatory, special occasion: it’s the a big fashion shows for all the parents, grandparents, and siblings. Everybody attends and loves seeing the gowns for the night. Grand March, as beautiful as it was, was decorated with grand archways, vine covered flats, and a custom-made water fountain created by junior, Kyer Kneifel.

While snacking and using the specially made snapchat filter, the prom goers enjoyed picking out prom king and queen, while also getting crazy pictures in the photobooth. After devouring chicken, roast beef, mashed potatoes, and corn, the prom queen and king were announced. This year’s prom queen and prom king is long-term couple, Kyla Roney and Zach Bender.

Right after the announcement, couples flooded the dance floor and begun the night off right with sick skills, throwback hits, and finished as a night to be remembered. 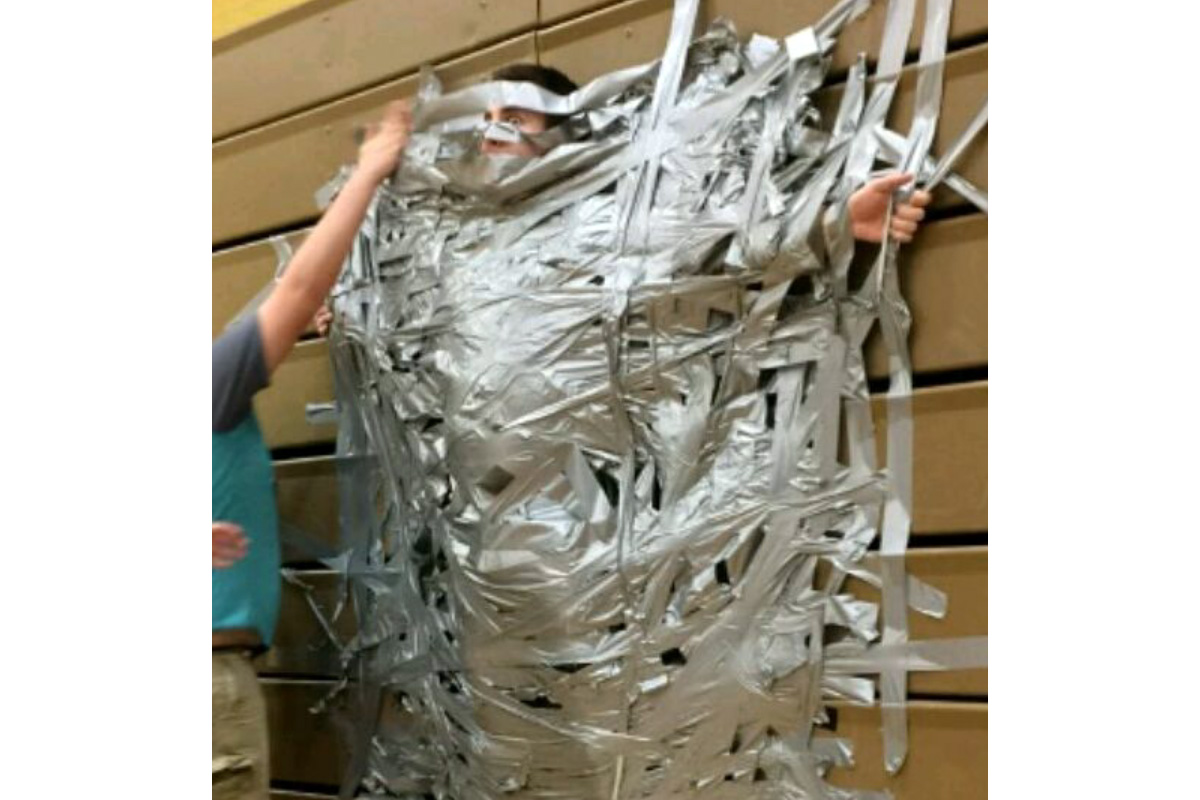 Working hand-in-hand with special investigators and law enforcement, Hope for Justice fulfills their rescue promise by building trust with victims, helping to remove them from their situation of exploitation. Also working with the victims personally, Hope for Justice helps victims overcome intense trauma while lending a hand to rebuild their lives. With trained frontline professionals, Hope for Justice seeks policy changes in the government and the media. For Allison and Claire, Hope for Justice was a cause they couldn’t ignore and wanted to help immediately. With help from English teacher, Eric Smith, Allison and Claire both set up an inventive way to help raise money while making it something students could enjoy, too.

For a dollar or two, students could buy a 5 foot piece of duct tape along with the opportunity to duct tape Mr. Smith to the gym wall. It was an incredibly funny moment for Kouts students to see him as stuck as he is shown in the image.