Student Council Day of Caring
Kouts Student Council cabinet members have been spending part of their summers preparing and planning for the upcoming school year.

Cabinet members are the highly dedicated council members and are in charge of planning all of the details for projects. On August fourth, these students did some team bonding by participating in the annual United Way Day of Caring. There were a variety of projects to choose from all over Porter County, but they chose to pick up trash on the Indiana Dunes State Park trails. They couldn’t have had a more perfect day for working outside.

Even though it's considered working, there's so much that makes the experience enjoyable.

Freshman Anna Hershberger said, “It doesn’t even feel like it since it’s so pretty out here.”

The group of eight split into two, each headed by an advisor. German teacher Kristen Calvert and her group cleaned the Three Dune Challenge trail and were a bit sore afterwards. The other group, headed up by middle school science teacher Sarah Rock, tackled the longest of the trails, Trail 10. The second group encountered a slight problem when the trail ended in Lake Michigan, so they used their survival skills and had an adventure on the way back to the nature center. What was supposed to be five and a half miles turned into about a nine-mile hike.

When the groups finally reunited, they headed out for lunch at The Port in Chesterton. The general consensus was that volunteering for the Day of Caring was a lot more fun that they thought it was going to be. 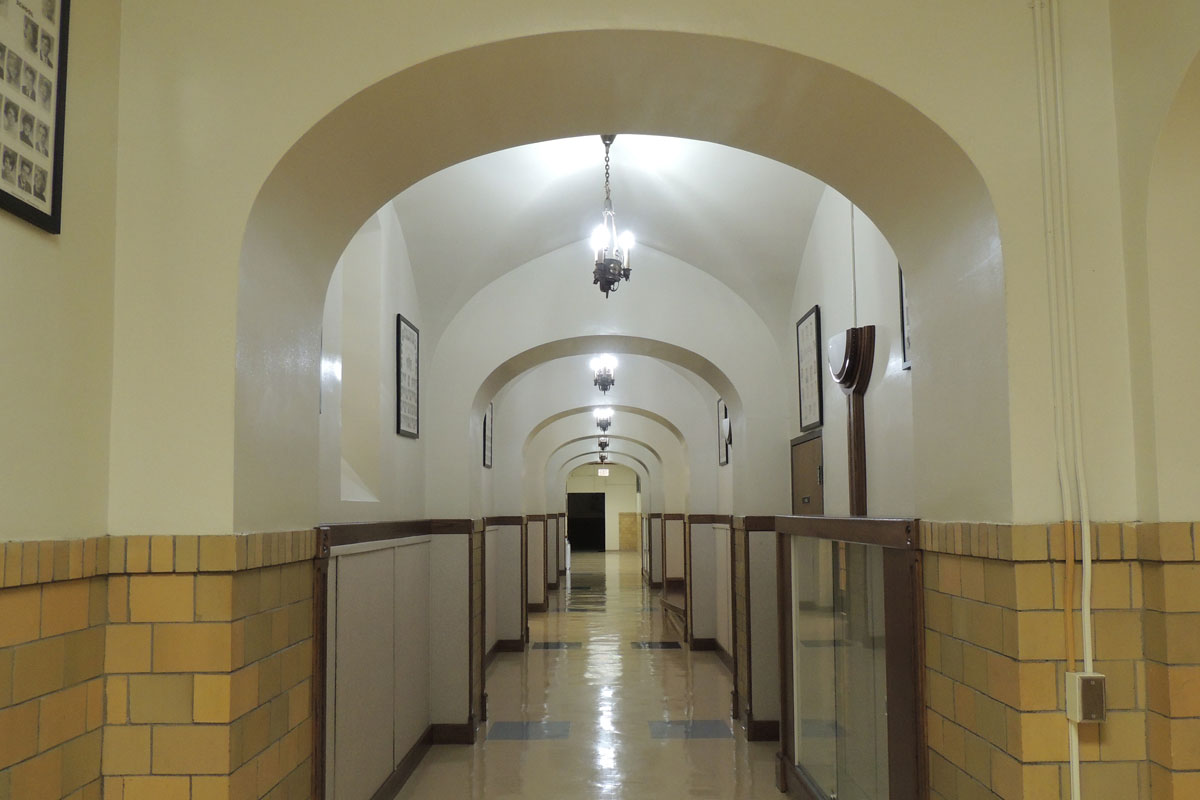 Back to School
It’s that time of year again when millions of students get ready to go back to school. For some students, this is the beginning of their time in high school, and for others, it’s the end.

Kouts freshmen have a unique transition from middle to high school. Because Kouts is so small, most middle schoolers already know quite a few high schoolers from sports and other activities. Being a freshman can be an intimidating experience. They have to take on more responsibility, make good first impressions, and prove themselves on teams, but Makenzie Martin has already enjoyed being part of the Poms and volleyball teams over the summer.

Sometimes, though, freshmen get a bad rap just for being freshmen, but it’s important to remember we’ve all been there. Overall, freshmen are excited to start the next four years, while seniors have mixed feelings about leaving the school they’ve attended for almost thirteen years. Even though most seniors are thinking about what they’re going to do after school, they still have one more year left to enjoy.

Senior Sarah Clinton says, “I wouldn't trade these past thirteen years for anything. Kouts High School has made me who I am, and I thank the building and everyone inside of it for that. It taught me how to stand up for myself and not take no for an answer. We all have our ups and downs, but Kouts High School was there to catch me on my way down and raise me on my way back up.” 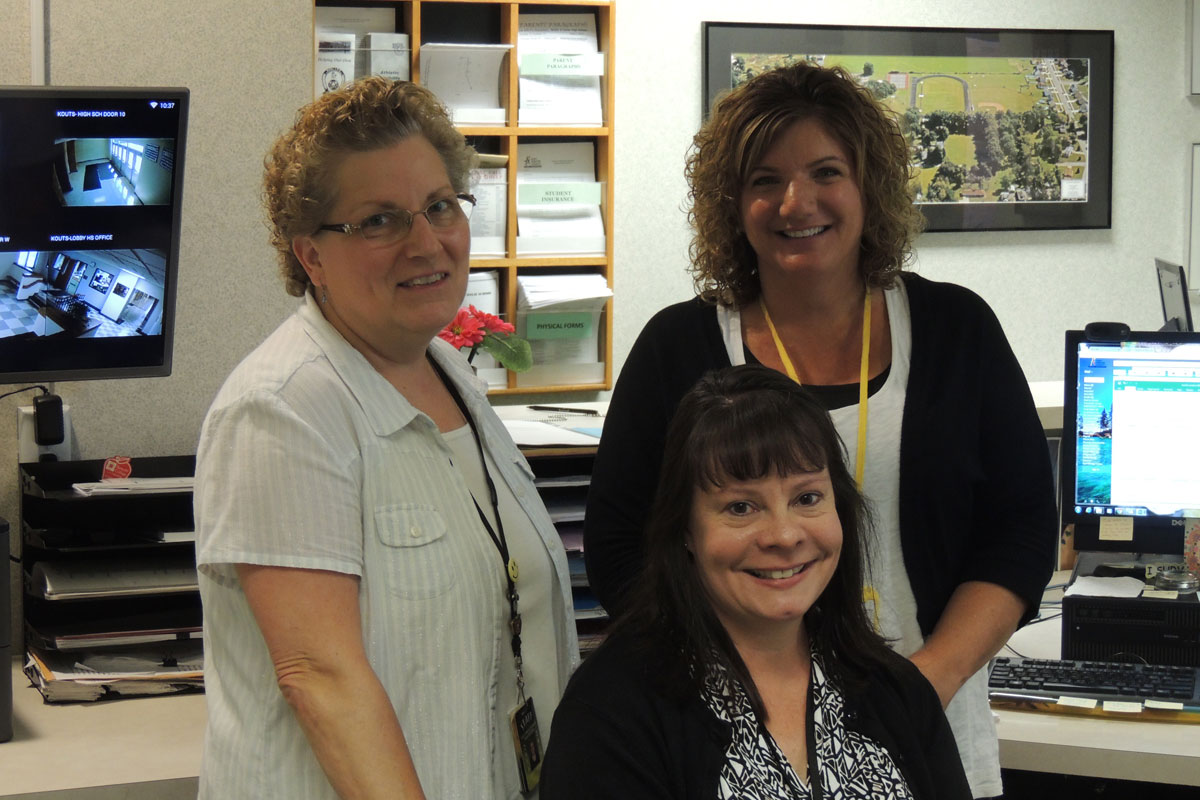 Staff Behind the Scenes
Getting ready for school is no small feat, no matter what grade you’re in. It means braving the crowds to get school supplies, making sure clothes still fit, and mentally preparing for the upcoming year.

For Kouts staff, back to school means filing registration papers, preparing fees, and making schedules. Our secretaries, Leana Palmer and Lisa Defries, have been busy all summer making sure that the back-to-school process is as stress free as possible for students and parents. This will be Mrs. Defries’s eleventh year at Kouts. She is responsible for handling all new student and withdrawing student affairs. Defries graduated from Kouts in 1978 and worked as an office aid during the summers when she attended Purdue University. Mrs. Palmer has been at Kouts for six years. Her duties include sending back-to-school letters, helping with forms, and getting information to seniors. As the first person people see when they enter the school, she takes her job of answering questions and making sure the school is secure very seriously.

Treasurer Laura Tharp is another key player in the back-to-school process. After schedules are done, Tharp is in charge of assigning fees and communicating with parents. This will be Tharp’s fourth year at Kouts. These busy ladies did get a short break during the summer. Defries took advantage of the extra time and was able to do some painting projects outside. Palmer celebrated her daughter’s graduation with family, and Tharp worked the fair and relaxed in her pool. Kouts is very lucky to have these amazing people. 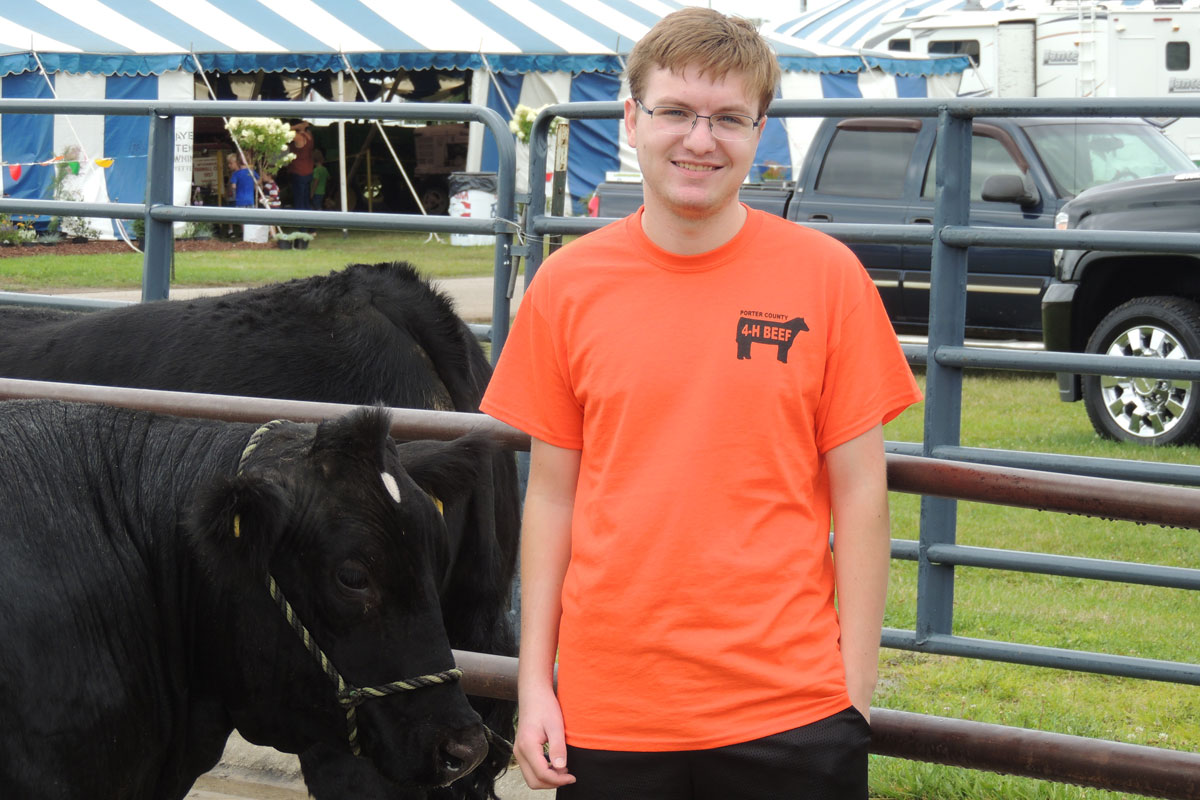 4H Students
The Porter County Fair is always a big deal for Kouts students, and one of the major components is 4H.

The fair may only last ten days, but being a 4H member is a year-long job. The national organization provides a way for students of all ages to perfect a skill they already have and learn new ones. Activities range from photography and sewing to lego building and raising animals. Some 4H members travel across the region to other county fairs while others even decide to go to the Indiana State Fair. This process begins at a very young age. Kindergarteners through third graders can participate in the Explorer’s Club which allows them to find things they do and don’t like. After third grade, students can become full members. For many students, 4H runs in the family.

Senior Nolan Miller, a third generation member, has been raising cattle for nine years. Towards the end of the fair, Miller’s cattle are judged based on weight, looks, and walk and then sold at auction. 4H also provides a way for students to make money if their animal sells for more than it cost to take care of it.

Seniors Trenton Van Vuren and Hannah Maier spend most of their time in the pig barn taking care of their pigs. They get their piglets in mid spring and spend the months leading up to the fair feeding them to reach a goal weight and training them to walk. 4H has helped these students learn the importance of hard work and getting your hands dirty.