Kouts said goodbye to three teachers at the end of last school year, but this year welcomed three new teachers to fill their positions. Mrs. Beth Birky has taken over the business department. Birky has been substitute teaching at Kouts for over ten years, so she was familiar with the school. Birky worked as a Certified Public Accountant in South Bend and then as an accountant for a manufacturer in Valparaiso. She also spent time staying home with her three children when they were young. When her youngest son graduated in 2016, Birky went back to school to get her teaching license. She’s looking forward to teaching students practical skills, whether they go into a business career or not.

Also joining the Kouts staff is Miss Megan Gauler, a recent 2017 Valparaiso University graduate. Gauler graduated from Kouts High School in 2013 and is now able to come back as the new band and choir director.

Teaching was right for her, she says.

“Not only am I able to continue to kindle my passion for music, but I am also able to ignite that passion in young minds.”

The band and choir will perform at the East Porter Fall Festival held at Morgan Township on October 25.

Hutchinson said he “couldn’t have asked for better. I love it here at Kouts!”

...And This Little Piggie Went to the Porkfest 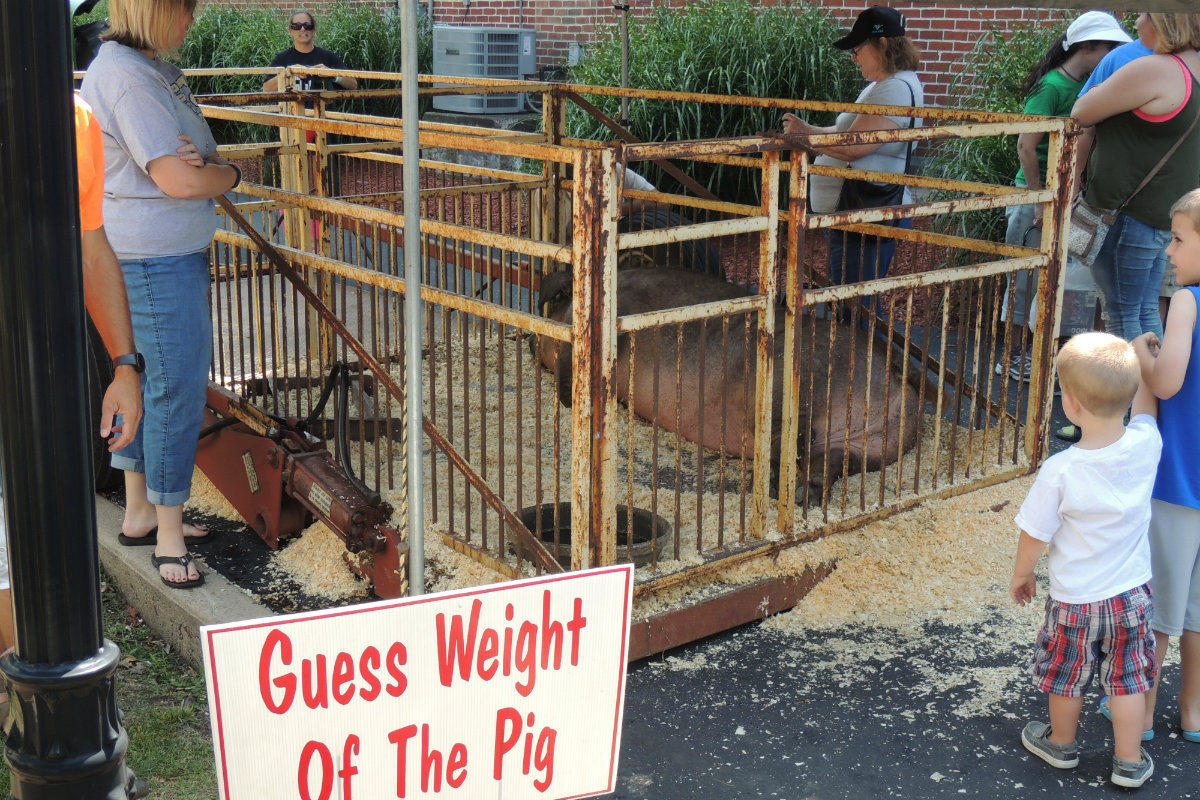 For out-of-towners, a festival dedicated to pork may seem a little odd. It’s Kouts tradition, though, and August 26th was a perfect day for the annual Porkfest!

The Country Classic Run kicked off the event at 8:00am. Walkers and runners of all ages were invited to tackle the four-mile course around the town of Kouts. The parade took place shortly after and boasted firetrucks from all over the county, antique cars, Birky clydesdales, and multiple floats. The marching band also debuted under the direction of Miss Megan Gauler. Parade-goers had plenty to entertain them throughout the day. Kouts’ stretch of State Road 49 was lined with arts, crafts, and food vendors. There was also a pork burger eating contest for attendees to enjoy.

Guests could also visit the newly constructed park that houses a small amphitheater and two gazebos in the center of town. Entertainers, including Buddy Parson and Shotgun Whiskey, performed. Kouts senior, Garrett Gudeman, also played the piano in the gazebo. Events concluded after the annual Kiss the Pig Contest, which raises money for a local charity.

The Porkfest is more than just a festival; it’s a chance for people to come together. Junior Max Chatwell and many others have been going to the Kouts Porkfest since they were very young. Even those new to the area, like Junior Ashley Jordan, 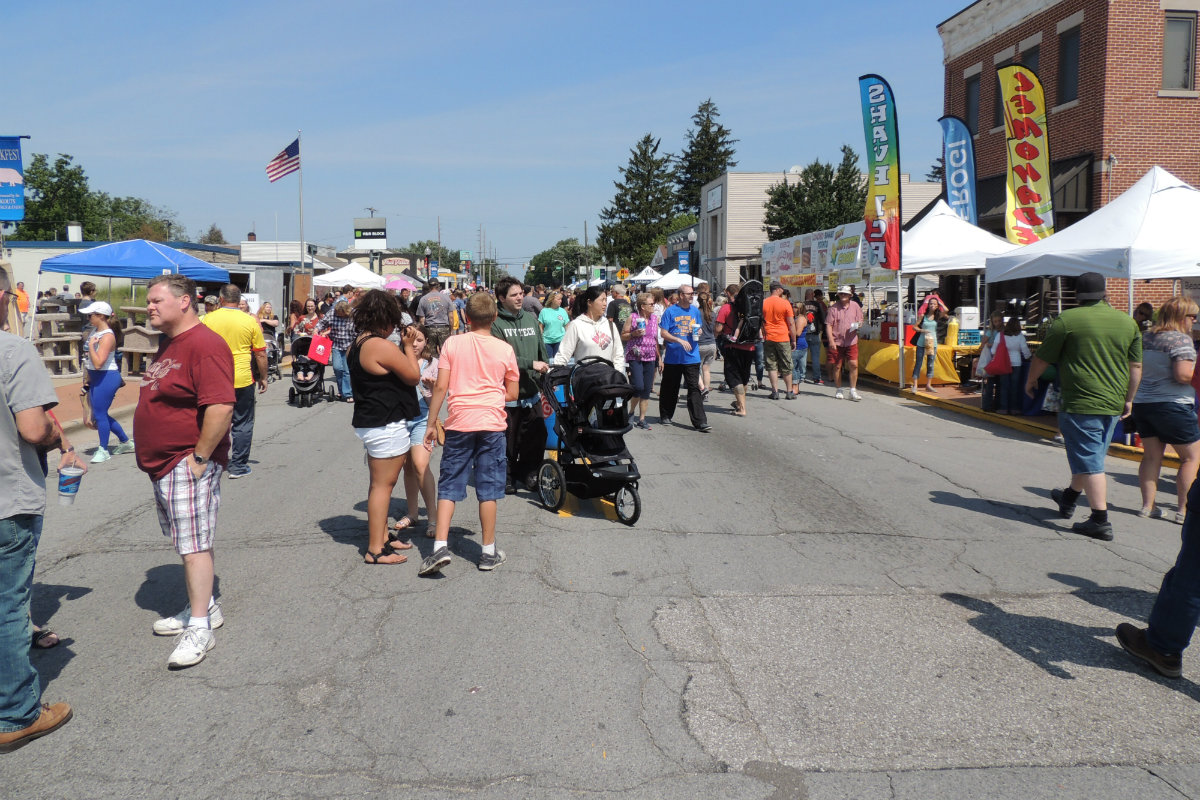 believe that it’s a great way to feel the sense of community.

Many juniors and seniors from Kouts High School take advantage of the Porter County Career and Technical Center in Valparaiso. This is a great way for students to gain experience if they know what they want to do or test out a career field before going to college or trade school. These students spend their mornings taking regular classes at school and then transition to the Career Center for the afternoon. Junior Cole Vick and Senior Mackenzie Taulbee both attend the CAD (computer aided design) vocational program. Right now, they are learning how to create mechanical, architecture, and animation pieces on the computer. Vick hopes to become an architect, so participating in this program is allowing him to get a head start on learning those skills. Taulbee would like to be an animator.

“Vocational gave me the drive to work harder in all my other subjects so I could stay in this class,” said Royter.

Not only are these students learning career skills, but vocational gives them the chance to meet students from other area schools. While Junior Riley Cavinder is learning about criminal justice and law, Senior Brooklynn MacDonald and Junior Holly Kuebler are learning medical terminology. This is MacDonald’s second year in health occupations. She will spend a semester in clinical studies and will graduate with her Certified Nursing Assistant license. These students are well on their way to becoming successful adults.

From the Playground to the Stage 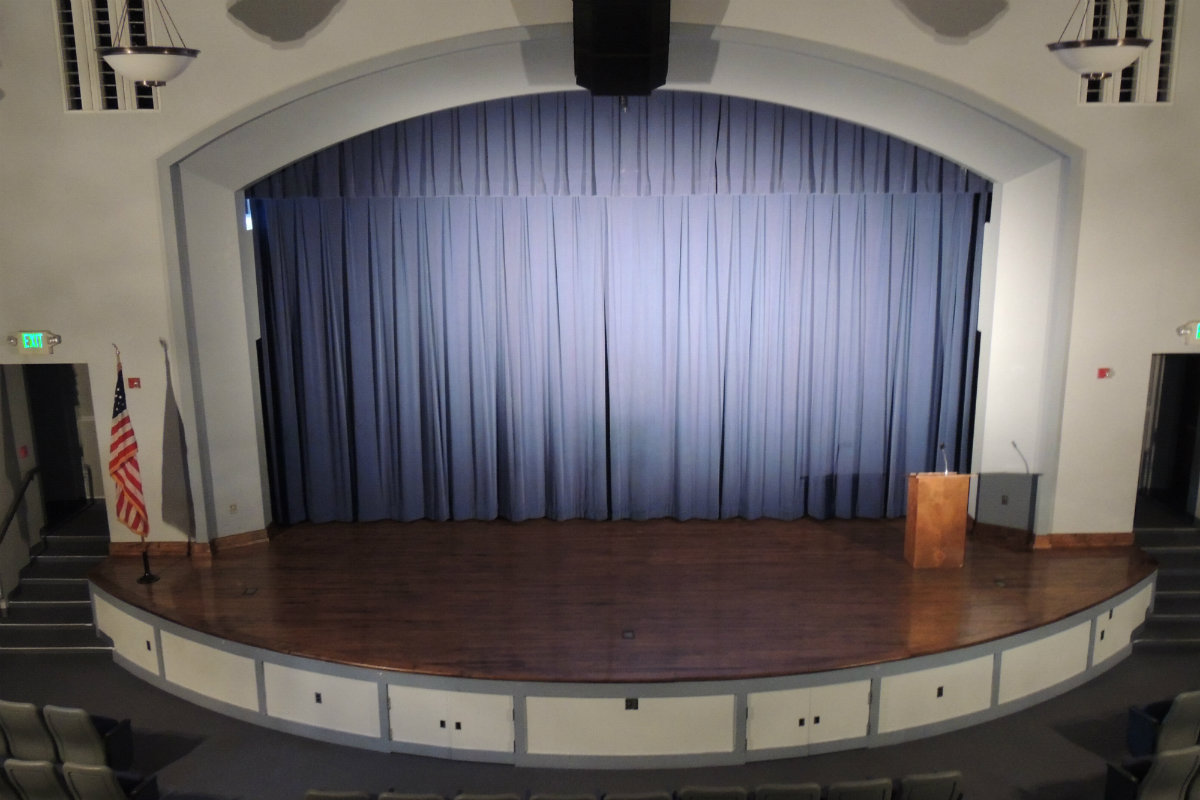 Many seniors have been together since their years in kindergarten and this November they’re taking their act to the stage in the first senior play since 1986. The drama club used to produce a junior play and a senior play. In 1987, the drama club was opened to all high schoolers, which changed the dynamic.

This year, however, Senior Amanda Gardin looked to the past for inspiration and decided to bring the senior play back. The group will be performing “Check, Please” November 10th through 12th.

The play is set in a restaurant where a series of terrible blind dates take place. Guy and Girl have had bad luck in the dating department, so they turn to their friends for help. They are set up on blind dates with crazy characters including raging kleptomaniacs, mimes, and grandma’s bridge partners. Guy and Girl must decide if it’s better to be single or suffer through the dates. Even though it’s a light-hearted story, there’s an underlying theme of appreciating the people you do have in your life, which is perfect for the senior class.

Many seniors have not participated in drama club before, so the variety of characters and size of parts will cater to each student. The tech and creative positions will also be filled by seniors. This is a great way for the class to spend some time together before the year ends and they graduate.