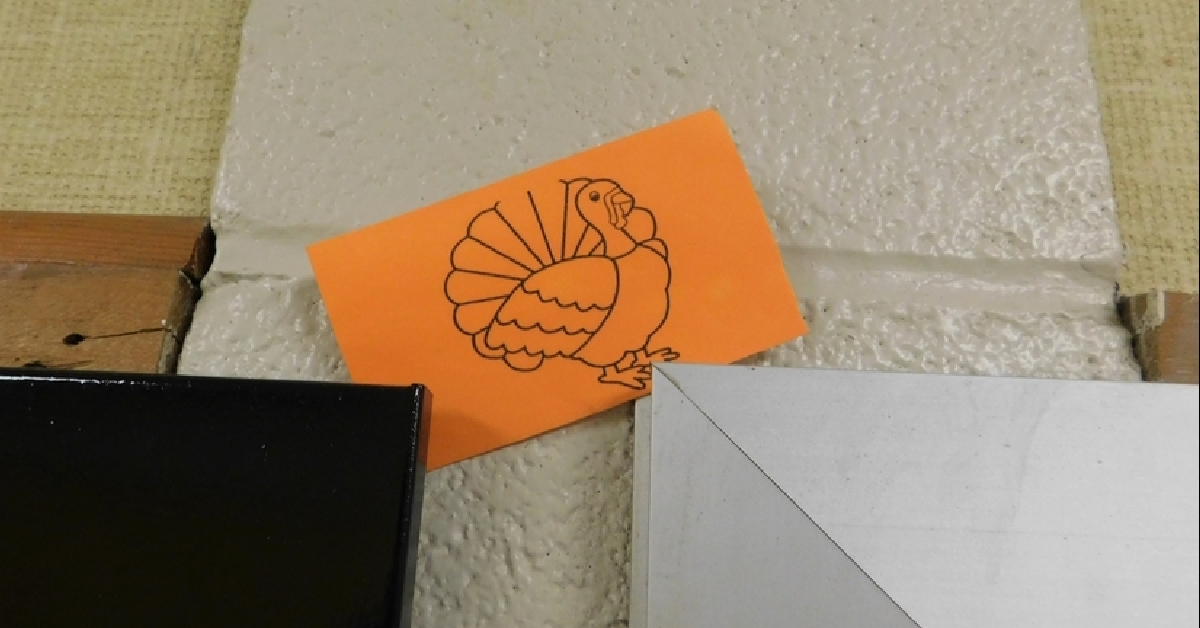 With a break from school arriving soon, Kouts High School is celebrating Thanksgiving by allowing students to have a little bit of fun in the fall season. Kouts High School’s Student Government has printed out small orange cards with turkeys on them and hid them all around the school for students to find. These hiding places can range from inside classrooms to the gym.

Each time a student finds a turkey card, they turn it in to their assigned teacher and earn a point, which goes towards winning the Spirit Award at Kouts, known as the Spirit K. The Spirit K hangs up in the hallway with the name of which grade level has won the latest spirit competition. The class that ends-up winning these competitions earns bragging rights until the next one.

Predictions for this season seem to be pretty positive. During the team’s previous year, they ended the season with 22-3 record. They have won the Porter County Conference for the last two years as well.

As for players, there are a lot of seniors on the team this year, including Cole Wireman, Cale Wireman, Hunter Kneifel, Parker Kneifel, Cooper Schoon, Daniel Heinold, Noah Young, and Jeremy Ryan. The athletes are eager to kick-off their season, which starts in just a few days. The team’s first game is scheduled against Marquette High School on November 24 at home. It will be livestreamed for those who cannot attend due to the limitation of spectators. Best of luck to the team!

When thinking of an excellent student at Kouts, one that comes to mind is Junior Hunter Wood.

Wood is bright, hardworking, and dedicated. Not only has he maintained a 4.0 grade point average throughout his middle and high school career and perfect attendance as of last year, but he has also proven these qualities through the extracurriculars he participates in.

He has served as a member of the Kouts High School Student Government since freshman year, and was recently inducted into East Porter County Honor Society. Another impressive feat is that Wood has maintained two jobs for the past year. On top of it all, he has started tutoring during the school day, helping students with their math homework.

When asked about his hobbies outside of school, Wood says that he enjoys music, which likely fuels his involvement in the Kouts High School Band, including both the pep and marching bands. Though he plays the trumpet for the school, he enjoys playing the drums and the piano in his free time.

With all things considered, it’s safe to say that Wood is a very impressive student at Kouts High School.

Kouts High School has a lot of wonderful teachers, but one teacher that really stands out is Jeff Wisniewski.

Wisniewski is all about history; he teaches classes such as world history, U.S. history, and dual-credit U.S. history in the high school. He also coaches the Academic Bowl Teams at Kouts, which includes the Social Studies Academic Super Bowl Team, where he has served as the head coach for five years, as well as the Quiz Bowl Team, which he has been co-head coach of for two years.

Speaking of teaching, a fun fact about Wisniewski is that, before coming to Kouts, he taught at Thomas Edison Jr./Sr. High School in Lake Station.

One of Wisniewski’s favorite things outside of school is sports. He roots for the Chicago Cubs and the Chicago Bears, as well as the Indiana University Hoosiers, which was the school where he achieved his Bachelor of Arts in History.

Overall, Wisniewski cares about his students, and makes sure that all of them understand the importance of history as he teaches.