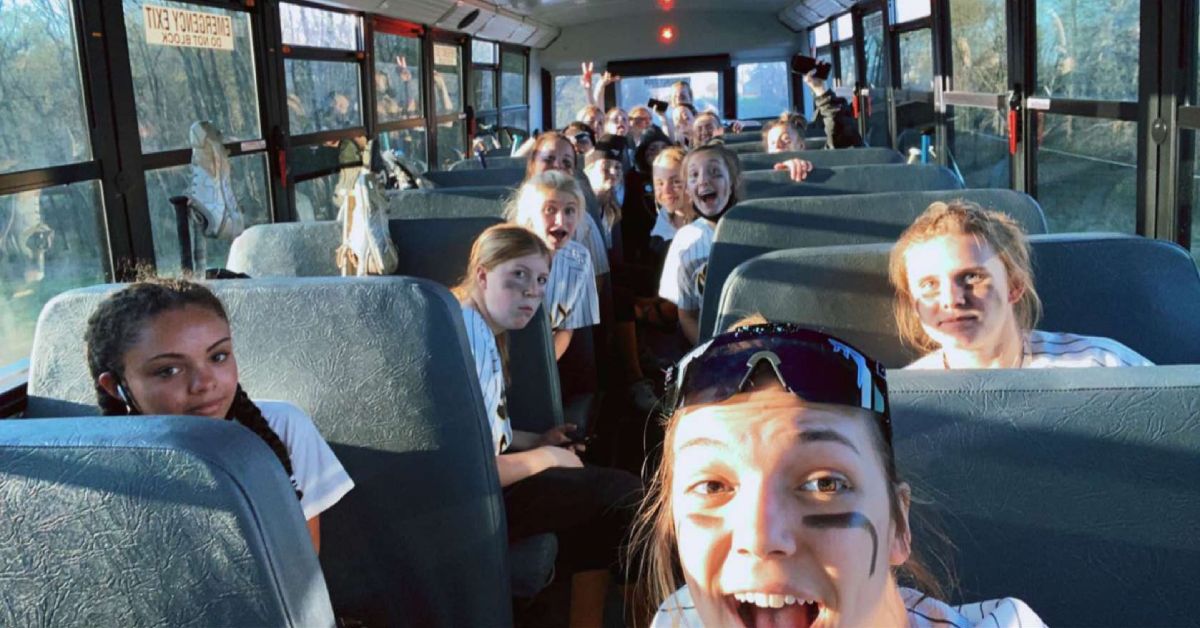 One student at Kouts High School who goes above and beyond is Junior Elyse Bagnall. Bagnall is very involved in school, whether that be academically or with the student body.

As for academics, Bagnall has an impressive grade point average of 4.009 and is number two in her class’s student rankings. She has also been inducted into the East Porter County Honor Society and has previously been involved in the science club and math bowl. She has also been on the Straight A Honor Roll for every quarter of school this past year and plans to maintain that status as she finishes the fourth quarter.

Having a lot of volunteer experience, Bagnall is very involved in her community both in and out of school. She has participated in many fundraisers for Kouts Student Government, which she has been a member of since her freshman year and currently serves as the secretary for the junior class. She has also been helping students with their homework in her study hall time.

When Bagnall has free time, she enjoys driving around, going to the beach, painting, and doing puzzles. She also has a dog named Ivy and two cats named Donald and Lily.

After high school, Bagnall plans to attend IUN to become an ultrasound tech.

Kevin Duzan is a middle school teacher, and he focuses on sixth-grade math classes. Before coming to Kouts, Duzan attended Greenville College (now Greenville University) in Illinois to earn his teaching degree.

Duzan has been a teacher for 32 years. In that time, he has spent 15 years at Washington Township High School and 17 years at Kouts Middle/High School.

Duzan is the head coach for both the Kouts Boys Varsity Basketball Team and the Boys and Girls Track & Field Teams. The basketball team had a lot of success this season as they made it all the way to the state finals for the first time in Kouts history.

“My greatest accomplishment in sports is getting to see high school boys and girls grow into young men and women and become successful in their life choices,” said Duzan.

Duzan enjoys spending time with his wife and two daughters, and also likes golfing and mowing.

As for his other involvements, Duzan is on the church leadership team at Valparaiso Nazarene Church. He is a member of the Board of Directors for the Porter County Agriculture Society as well; he spends his summers working at the Porter County Fairgrounds.

Towards the end of March, students in German classes were tasked to learn about the Holocaust and do an in-depth presentation over what they found. After that, students were given another project about modern genocides. This project focused on a site called Genocide Watch, which gives detailed explanations of all of the genocides happening all around the world at the moment.

For this project, students were to pick a genocide that is happening and give a presentation on it. For this assignment, they needed to complete a personal “call to action.” German students had to do something about what they had learned; this could be making a post about the genocide they had picked on social media, writing something to share, or simply just talking to others about what was going on.

Many things were done to spread awareness about the horrible things that are happening around the world. For example, one student is planning to write letters to the people who are experiencing genocide firsthand.

Genocide is a very important topic to learn and spread awareness about, and German students are trying their hardest to do just that.

As spring is finally arriving and the cold is melting into summer, more sports are now underway. One of those sports is softball. The team has 19 girls and is coached by Lauren Yager, Jake Poole, and Jeff Lockett. Their record so far is 4-2, with their latest game being a win against North White High School with a final score of 20-7. The team cannot wait to play the rest of their season.

Last year, the softball team did not get to start its season due to COVID-19 causing Kouts High School to become fully online in March.

The team is really working on team bonding this year because they did not have the chance to do so last year. So far, they have tie-dyed jerseys together and also have had a lot of fun on bus rides.