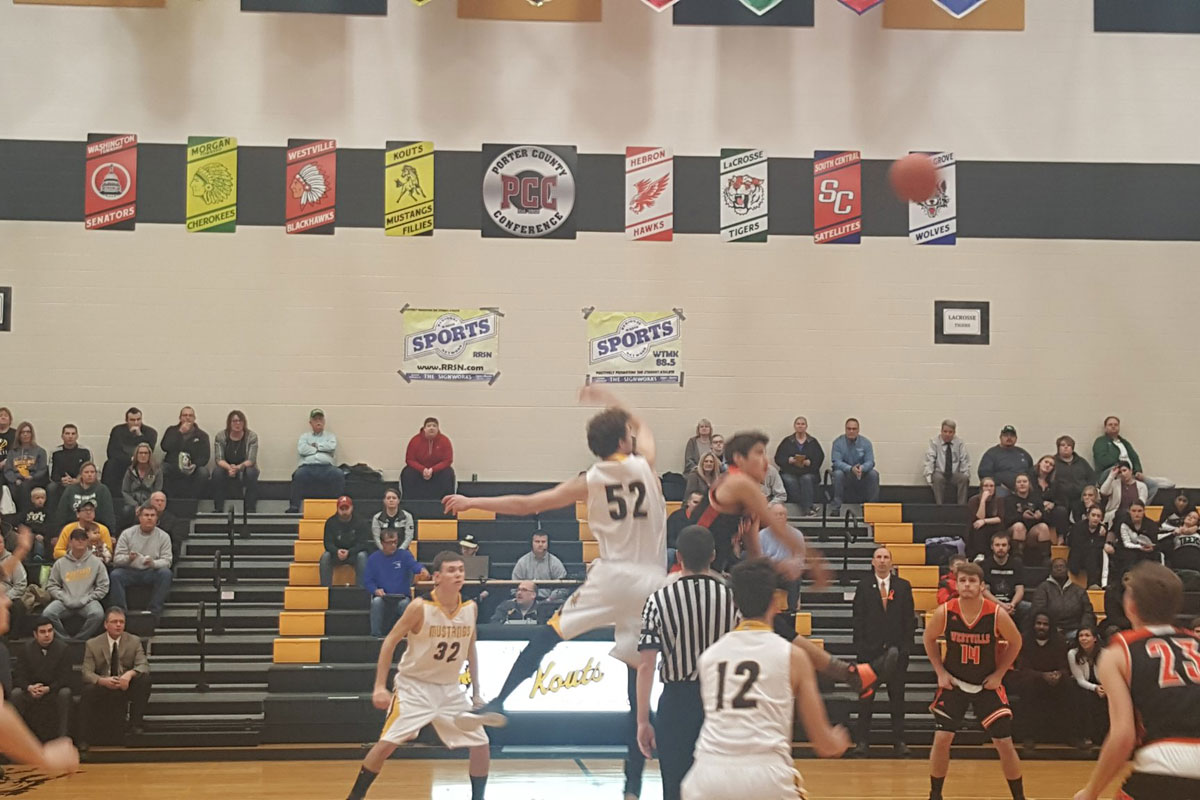 Another End & Beginning of Sports Seasons:
The Kouts Fillies went up against Hebron in their first game on February 25 in the semi-finals of the PCC tournament.

The girls dribbled and shot their way to victory in the championship game against South Central. With a 35-15 defeat, the team finished with an undefeated season and the conference tournament champs. The JV Mustangs finished the season with their best scoring game of the year. The four Mustangs who finished with double digit scoring were Anthony Norman who scored fifteen points, Will Carpenter with fourteen points, Kasey Cavinder with thirteen and Peyton Clinkenbeard with eleven. The team finished the year with a winning record of 11-10. The Mustangs, on the other hand, ended their regular season with a 58-56 victory over LaCrosse.

Ethan Ketchmark led the team in scoring and rebounding with nineteen points and six rebounds. Tyler Heimberg added sixteen points while Dillan Matthes contributed ten points. Alex Garavalia tallied up nine more points. The Mustangs went on to come to an unfortunate halt in a game against Westville on March first. The Mustangs fell 54-50. Ethan Ketchmark finished off an outstanding career with twenty-seven points and ten rebounds. Alex Garavalia ended his career with nine points and five assists. HUGE thank you to the seniors who play their heart out each game and have kept the team going as fabulous leader and role models! Also, a congrats goes to Alex, Ethan, and Dillan for being selected to the all-conference team for boys basketball! 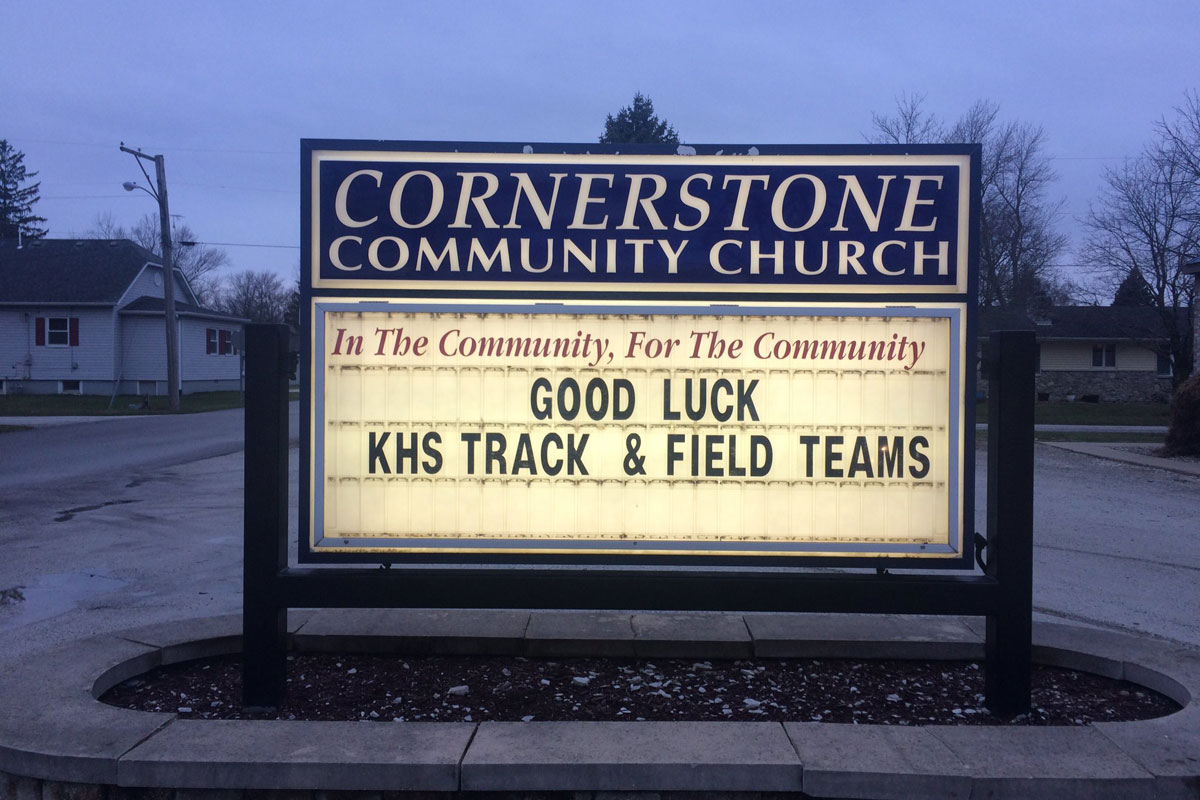 On March 2nd, the track team opened up their season with amazing victories and top place finishes. Their first meet was at Hanover Central. At Hanover Central, the Mustangs had top finishers including Logan Davis and Chase Jefferson who were two and three in the two mile run. For the Fillies, the best marks and places were set by Ryleigh Cadwell, McKenna Palmer, Sydnee Hill, Mikayla Klemp, Katherine Davis, and the 4x4 team of Gabby Rogers, McKenna Palmer, Faith Robertson, and Ryleigh Cadwell.

Ryleigh Cadwell sped her way directly into third place in the two hundred meter dash and first in the four hundred meter dash. McKenna Palmer ran herself into second in the eight hundred and Katherine Davis dashed into second in the two mile run. Mikayla Klemp vaulted into first place and Sydnee Hill leapt to victory as well. The 4x4 team of girls also snatched up second place. The track teams ran again at Hanover Central on March fourteenth and gained top finishes again. 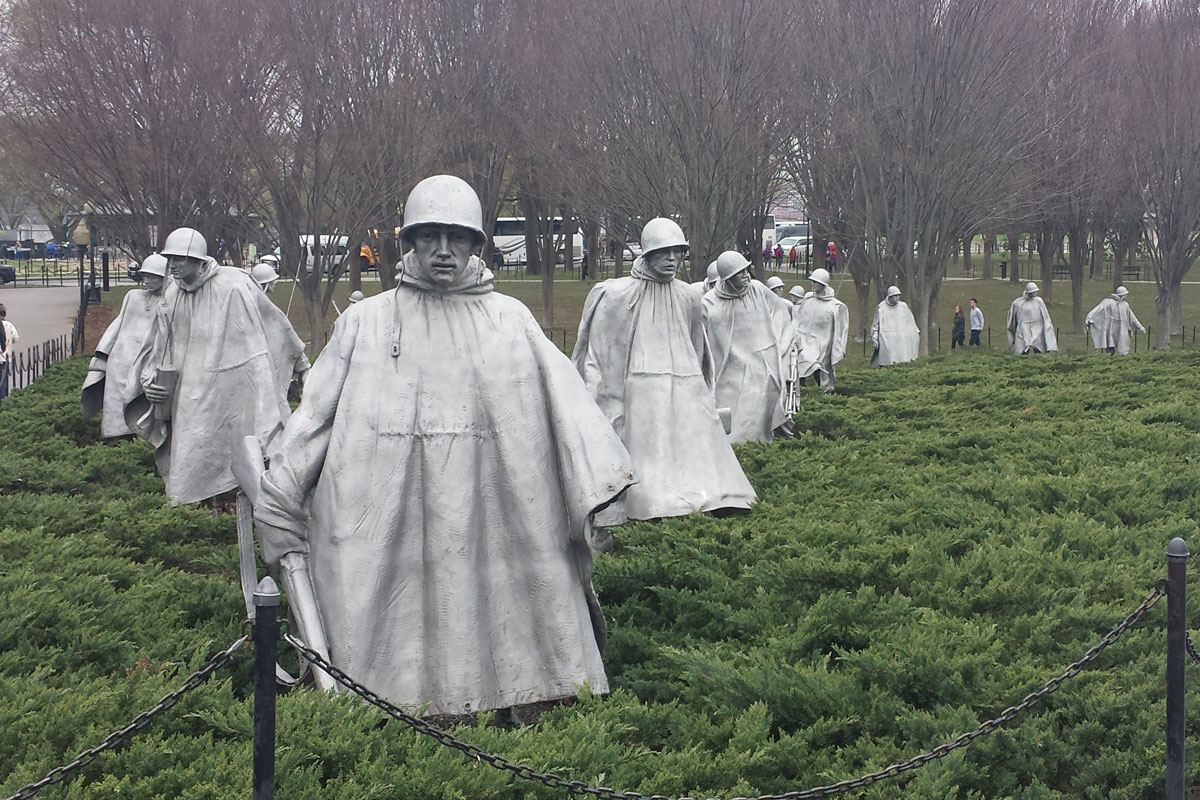 Washington D.C. Class of 2017 Edition:
The class of 2017 had their annual trip to Washington D.C. After a long, 12-hour bus drive with movies including Mr. Magorium’s Wonder Emporium, The Incredibles, and Grease, several bus stops, and a “sleep” tango with the bus floor, the students finally arrived in Virginia.

With a no-hotel stop, the students immediately began their day at Mount Vernon where they viewed the Washington plantation. With long forest trails, muddy pathways, and breathtaking views, the estate gave seniors a nostalgic flashback of a different era. An hour later, the seniors grabbed a quick lunch and headed off to the Arlington National Cemetery. Upon entering, the most stunning impression was the thousands and thousands of white headstones. Flowing over the hills in diagonal patterns, the headstones led the students through the Cemetery with a little help from tour guide, Brien.

The students stood and also watched the Changing of the Guards and the wreath laying conducted by seniors Michael Smolios, Andy Bocknicka, Gabe Conway, and Lauren Moser. The students then traveled to the Pentagon and spent some time gazing upon the Pentagon 9/11 Memorial. A design so intricate that is was structured so that names of the people passed would be placed on the edge of the benches. The benches that swooped away away from the building, to the sky, were the people who passed in the plane. The benches that swooped toward the building were the people who passed the in building. In total, the memorial holds 125 benches, including a bench for the youngest child killed to the oldest man who was killed. 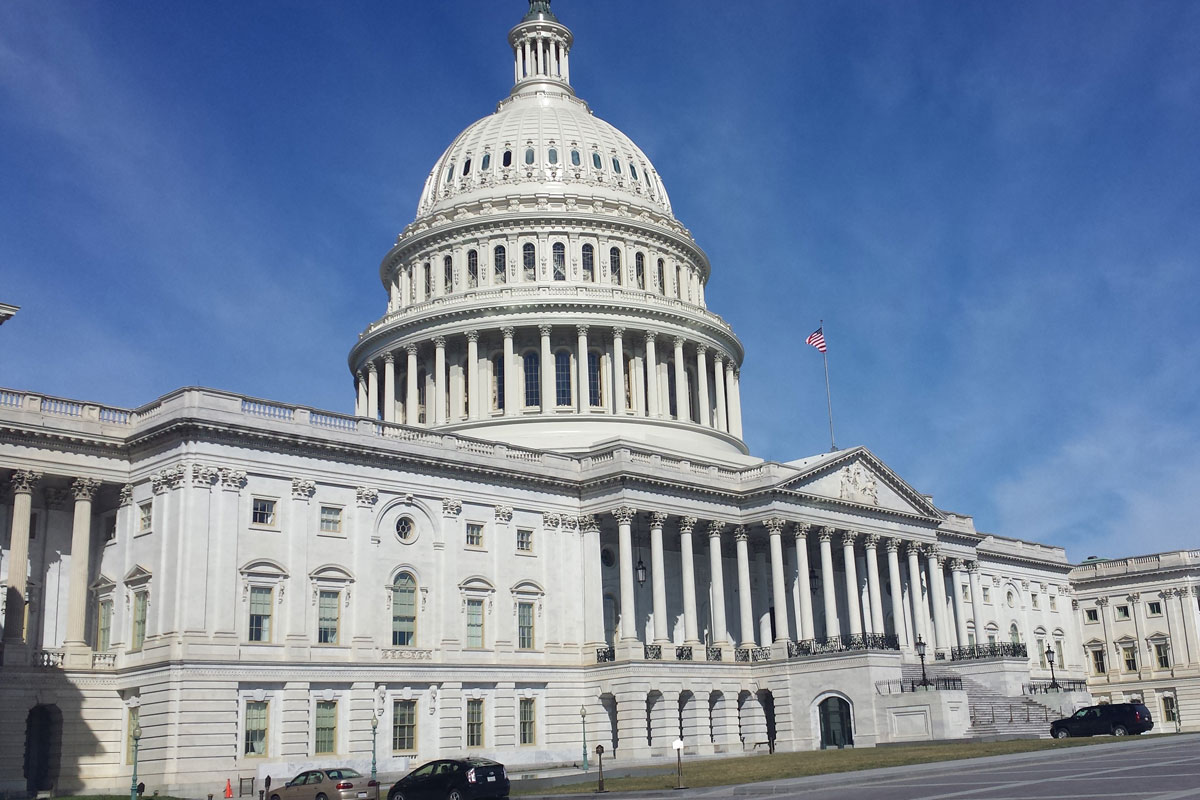 At the end of the day, the seniors gathered in the Ford’s theater to listen to the telling of Lincoln’s tale and how his tale came to a tragic end. After, the seniors grabbed some dinner and finally headed to the hotel for some much needed relaxation and sleep. In total, the rough estimate was the seniors walked about nine miles that first day.

After a speedy lunch, the group huddled a little further in front of the Capitol for a panoramic picture. Next was the Holocaust museum, where seniors spent two hours soaking in the tragedy and the history, followed by a dinner at Hard Rock.

On the last day, the seniors had a National Mall Memorials tour which included the Korean Memorial, Lincoln Memorial, and Vietnam Memorial. Then, a Smithsonian self-guided tour and finally, the seniors saw the play Shear Madness at the Kennedy center. Following yet another 12 hour drive, the seniors arrived home for some much needed sleep.