NHS ACTIVITIES:
The National Honor Society is created from a rock-solid foundation of service and leadership. This is shown throughout the year through Food Drives, Blood Drives, a Senior Citizen Social, and Bake Sales.

So far this year, the NHS has gone through successful bake sales, and a Food Drive where over 1,500 items were collected for the Pleasant Township Food pantry. The National Honor Society has undergone a Blood Drive as well which helped save numerous lives. With a second Blood Drive on the way, the NHS is furiously preparing for more donors while also planning and hosting the annual Senior Citizen Social. Happening on April 29th, the students had invited the Hebron senior center to Kouts High School for a night of fun. With Bingo cards placed, snacks out to enjoy, and prizes at nearby tables, the seniors and the students intermingled and played their hand in rounds of Bingo. 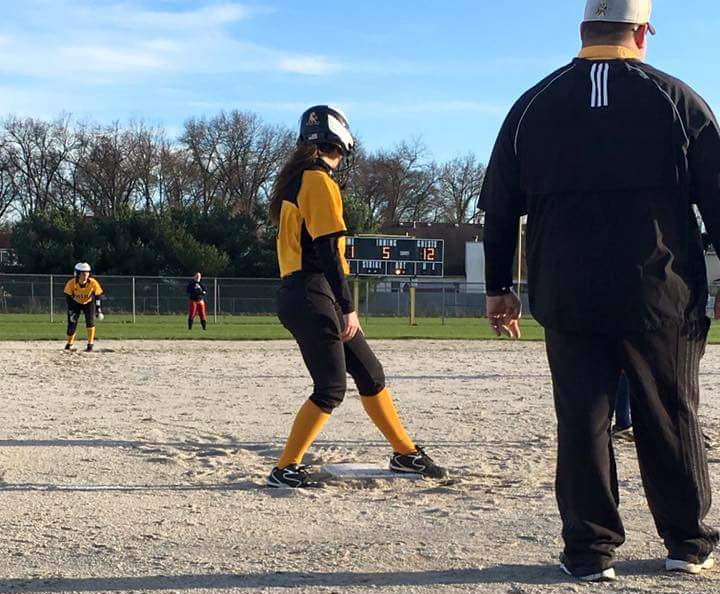 SOFTBALL SCORES:
Jennie Finch, an All-American softball pitcher once said, “To some, softball is a game, to others it’s life.”

For girls on the Kouts softball team, softball is not only their life. It’s their escape, their love, their passions, their release from life all rolled into one green stretch of land. The Fillies began their season with an amazing 8-0 win against Westville. Matti Wescher had three runs batted in and was 3 for 3 followed by Madolyn Smith who added four runs batted in was 3 for 4. Wescher made another appearance in the 4th inning, creating a 2-run single. Pitcher, Hannah Krueger, finished up the 7th inning with two strikeouts against Westville, securing the Fillies victory. Then, the Fillies came back again to crush River Forest with an 11 to 1 win.

After several victories, the Fillies softball team took on Marquette on April 27th, and suffered a defeat. Makenzie Ward, Claire Cochran, and Morgan Mills led the team, adding one hit each. Then, Alexis Baldner chipped in two hits and Sade Leatherman added two hits and three runs batted in.

While students and seniors were tied in playful wins, the Stats teacher wanted to include math on this occasion. He played his hand in randomly generating numbers and had the seniors with the number of their birthday generated receive prizes as well. After a long night of fun and games, the students helped Bingo goers to their cars and ended the night off right with prizes gone, food close behind, and ready to doze off. 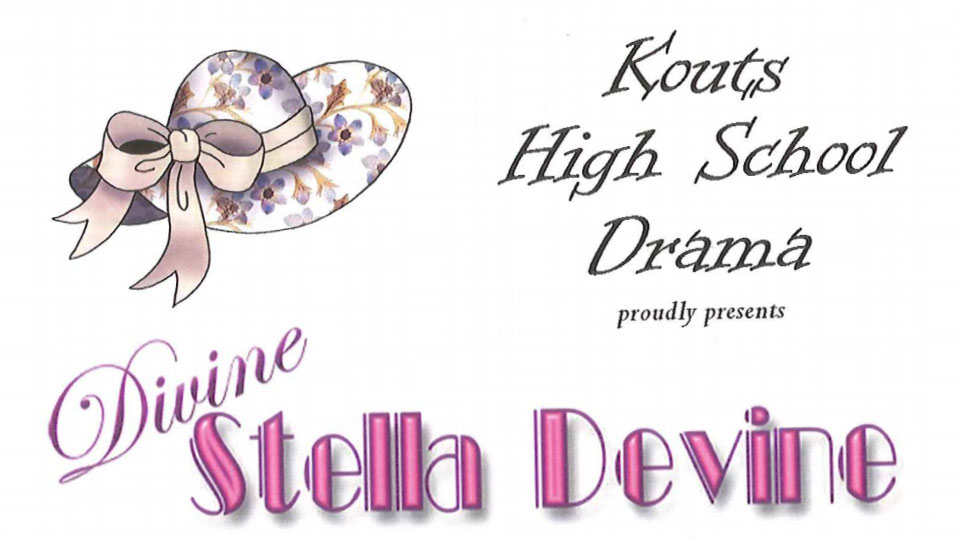 DIVINE STELLA DEVINE:
Stella Devine, played by Grace Higbie, is the star of popular Ritz theater. She and her fellow company of actors are preparing for the epic play, Civil War Darlin’s. This play within a play was written by the theatre’s acclaimed playwright, Micole played by Casey Morton.

Micole had been writing for Stella for twenty years. Stella’s acting and appearance has been less than engaging. With the thoughts of an aging actress on the theatre’s minds, the “sweet, Southern belle”, Ginger, played by Mikayla Klemp, shows up to the Ritz theater hoping to catch a peek of Stella up close. While Ginger has a close eye on Stella, she also has a close eye on her starring role as well. Ginger pretends to be a struggling waitress who is trying to raise money to get back home. However, Ginger is simply lying and cons her way into the part written for Stella. Meanwhile, Billy, played by Waco Sebastian, is a newspaper reporter looking for a scoop on the tyrannical Stella to sell to a national paper and get his first big hit. But in the midst of collecting evidence, Billy and his girlfriend, Loeta, played by Margaret Fischer, uncover Ginger’s evil ploy. Together Billy and Loeta plan to scrap their Stella idea and set their efforts to uncovering and exposing the evil Ginger. With other characters included Brad and Chad, twins played by Seth Carnell, Trevor, played by Truitt Anweiler, Linda Lane, played by Emily Alvarez, and Lori, played by Lizzie Keneson, the play was a hoot. 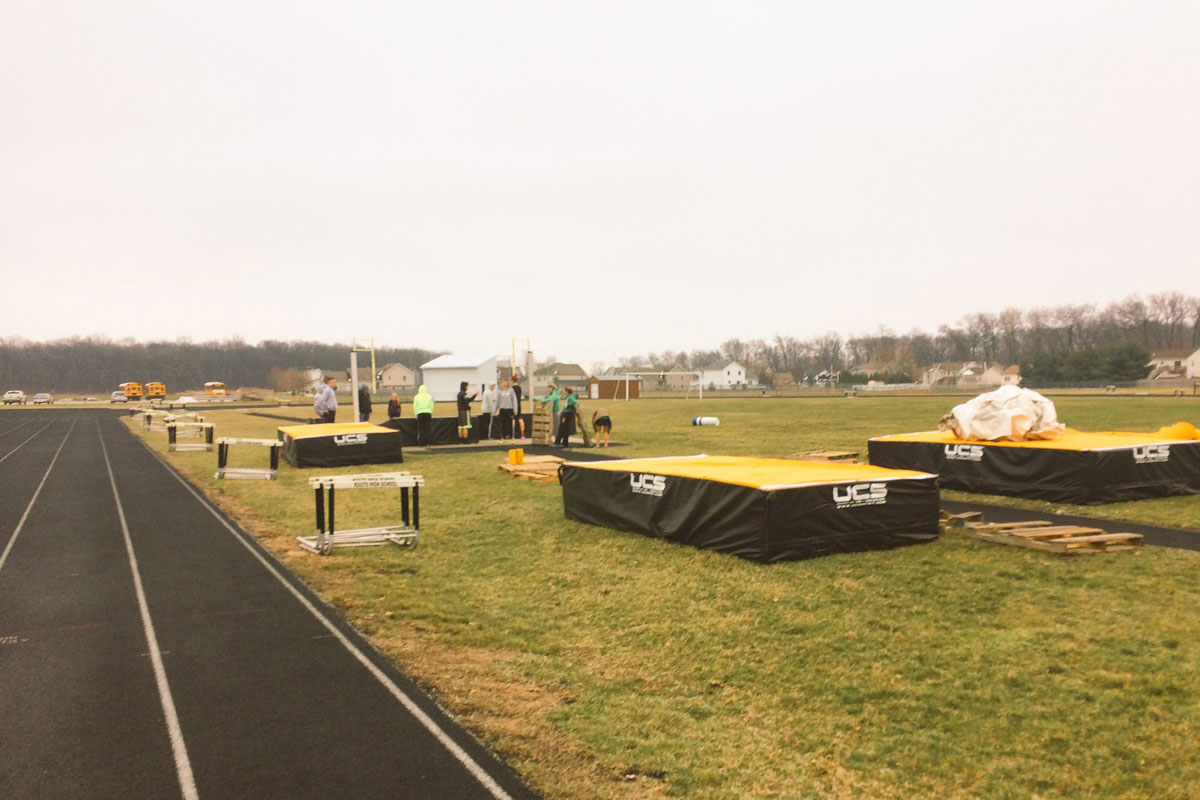 TRACK:
The Mustangs and Fillies track team are made up of strong runners, throwers, hurdlers, and long jumpers.

On April 22nd, the Kouts team participated in the Hanover Central Relays. With combined scores, the Mustangs and Fillies track team came in third of nine teams. First place finishers for that night include Aaron Boswell and Tyler Heimberg. Both in the throwing category of shot put.

Then, Sydnee Hill and Ryleigh Cadwell in the leggy, long jump, just missing a record by one inch. Next, was the team composed of Sydnee Hill, McKenna Palmer, Ashley Miller, and Gabby Rogers who competed in the hurdle shuttle. Sydnee Hill was selected MVP of the meet.

The Mustangs and Fillies took on the Blackhawks on April 25th. With Westville hosting, the Mustangs and Fillies still went in with determination and won with a combined score of 30 of 32 events for the night. As if the night hadn’t ended great, Sydnee Hill kicked it up a notch and accelerated the night from great to astonishing. Hill managed to destroy the Kouts record in long jump, with a distance of 17’7”.