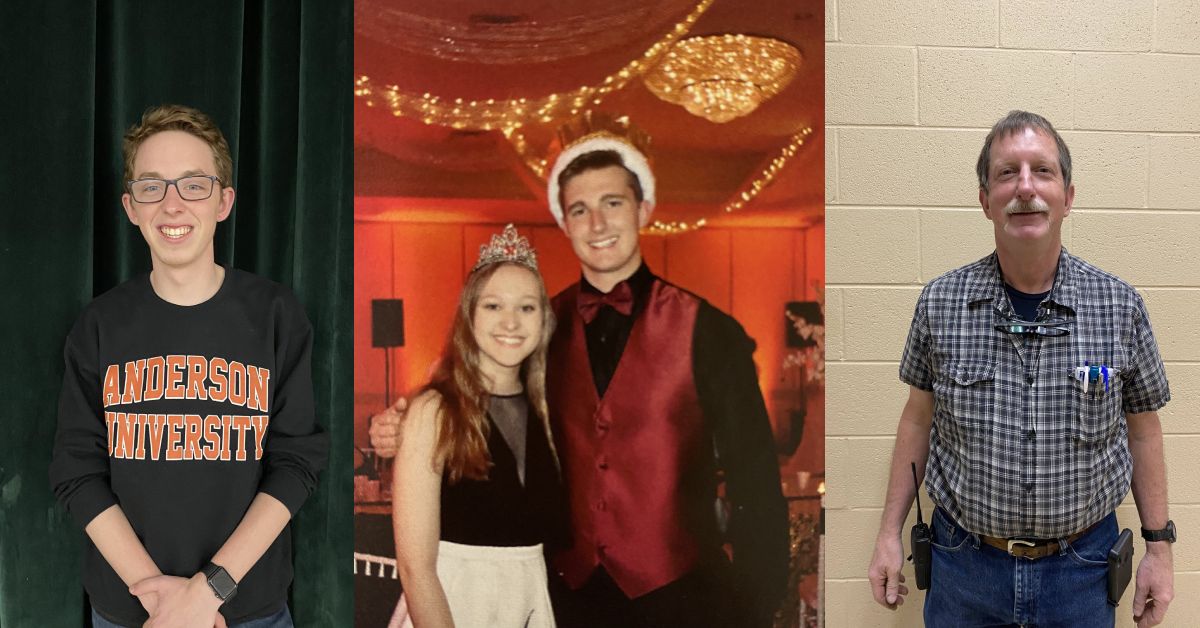 The Morgan Township High School (MTHS) Drama Club has been working hard for over three months on this year’s high school drama club performance, “Space Princess Wars." Morgan Township Drama Club includes a total of 47 students who love to entertain lovers of theatre and acting. The week of April 8 and 9 grabbed the attention of 446 audience members who return each year to watch the talented actors work.

“Space Princess Wars” is the story of a moderately cowardly Moon Starchild and his mentor Gladromius who go on an adventure to save a princess. Along the way they get help from a cocky pilot. From there, saving the princess was easy but then they had to deal with the evil princess Mordra, who is set on marrying Moon Starchild. With the help of friends and other assisting characters, the day is saved and evil reigns no longer.

Drama club is dedicated to helping students develop skills in the stage performance setting. The students learn more about what they like to do. This can include anything from spotlighting work to makeup skills and stage acting. Some of the students in drama club plan to use these skills they learn in the future, such as a career path in theatre such as lighting or stage production.

In the upcoming weeks, juniors and seniors will be making last minute preparations for the infamous prom season. The butterflies are back, and not just outside, but in the stomachs of all those involved in awkward promposals.

The school’s algebra teacher, Jae Tomak and high school art teacher, Shelby Braun are happy to announce they will be hosting the prom dance on April 30 at the Casa Del Roma in downtown Valparaiso.

The students at MTHS are more excited than ever for prom to finally be back from the dead after the pandemic. Over the past few years, prom rules have been edited over and over again, but this year is different. The masks are coming off, and students will be able to show off their makeup looks once again.

Seniors this year, just as those before them, are gearing up for the tears of peers and younger friends as they put on their sequin-covered dresses and slick black tuxedos one last time to celebrate their youth with fellow students.

Brent Weaver is one of the fantastically kind and helpful custodian members at MTHS. During the months when school is in session, Weaver helps with setup, teardown, cleanup, and maintenance of almost anything that anyone needs.

Weaver is quite well-known and loved among the students for his accommodating and pleasant demeanor. Weaver has been working at MTHS for three and a half years and has loved being around the students through it all.

“My favorite part of this job has been seeing all the happy faces of our students in the hallways at the school,” said Weaver.

Though, this is not the only thing he loves about his job.

“Work-related would be the positive progress that has been achieved in the looks and functionality of the school.” said Weaver.

As you can tell, Weaver keeps a positive attitude and brightens up the mood of the hallways at MTHS.

Going above and beyond, Weaver is quick to offer to help in the drama club performances, including this year’s performance. The help he gives helps the drama group improve and maintain the condition of light quality, sound systems, stage conditions, and lends a warm smile throughout the process.

“For the play the maintenance department provided some set up, tear down and clean up before and after the event. Some other basic needs like ladder use and making sure the lighting worked as best as we could make it,” said Weaver.

Thanks to him, “Space Princess Wars” and many other plays have had the smooth performance they always strive for.

In the future, Weaver hopes to see improvements in the theatre department including lighting and sound systems for stage performances. In terms of the school building, Weaver let us know that there is going to be expansion and additions to the size of the school building including classrooms, staff work rooms, and other helpful utilities. Weaver is focused on the future but still keeps his mind on the positive and hopeful aspect.

“There are many needs that have been changed and many more to come. Any change we make that positively impacts the students are the best ones in my mind,” said Weaver.

Jonathan Buyer is a senior and has been attending MTHS since fourth grade. Buyer is a friend to all and is quite an active student at Morgan, participating in over six clubs and committees.

Buyer is very devoted to his academic career and passing classes with flying colors. So it makes sense that Buyer is the team captain of the Academic Science Team. At this year’s Science Bowl, MTHS’s team came away with a second placing in District, first in PCC, and second in the Area Competition.

With Buyer being the only senior, his last year on the Academic Science Team was a strong finish to all the years he has been a part of the crew. Though he will be missed, the time he spent with the group will live on in his memories.

Turning to the other clubs and groups Buyer is a part of, drama club seems to be one of his favorites. Buyer has been a part of drama since he was in the sixth grade, racking up a whopping seven years in drama. Though it is one of his favorite clubs, Buyer originally joined drama club due to one of close friends not wanting to do it alone. From that point forward, Buyer and two of his closest friends have done drama together year after year and never looked back.

During this year’s drama season, Buyer performed on stage as the character of Galdromius the Wise.

“I played the character Galdromius (the wise), essentially the rip-off Ben Kenobi character that guides the hero on his journey as a mentor figure, and gives great advice because he is old, wise, and a wizard of sorts,” said Buyer.

Buyer enjoyed his time in his role as Galdromius and recalls that his favourite part of this year’s performance was that the play itself was a combination of two movies he loves - "Star Wars" and "Princess Bride," both having derived from the action, adventure, and fantasy genres.

In the future, Buyer hopes to see expansion in stage area, resources, and funds for drama as well as growing presence of those interested in theatre.