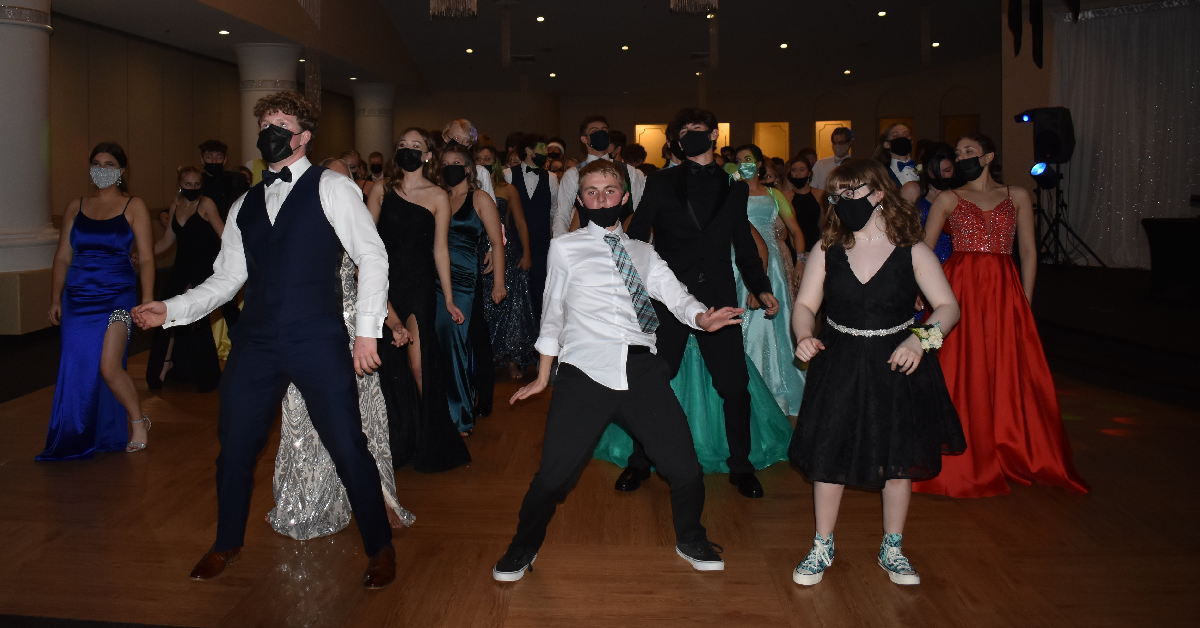 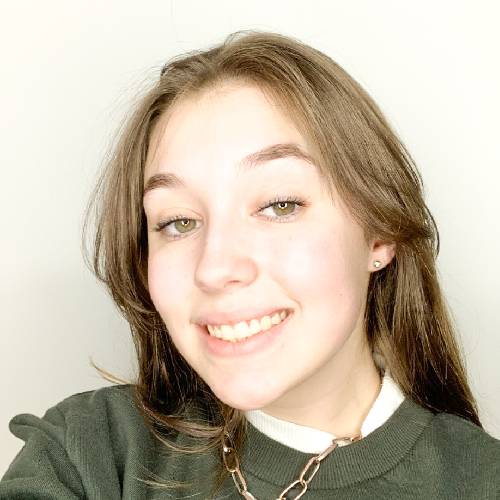 The first-place performances include the 4x800 relay of Madie Ilic, Emmy Bland, Makenna Schnick, and Klaire Lemmons. Emma Rakowski placed first in the 1600, Makenna in the 800, and Klaire in the 3200.  The ladies are now 2-1 for the season. For the boys, Bryant Ricke had first place in the 110 hurdles, Bram Arnett placed first in discus and shot, and finally Owen Thomas in the 3200.

The softball team played against North Judson on Thursday, April 15, and came out on top with a score of 12-8. The defense was strong in the infield, with Mallory Handley and Lauren Moore each having 4 RBI’s. Ally Parson had a good night as well, hitting a home run.

This month Juniors and Seniors had the opportunity to celebrate this prom. All students were required to wear masks and still participate in being six feet apart unless they were dancing.

The final votes honored Seniors Savannah White and Joseph Rubarts as being crown queen and king. When asked how she felt about being crowned, White was overjoyed and thankful.

“Amazing! Really humbled too, I am so honored people would vote for me,” she said.

Next month, the class of 2021 will be graduating. Congratulations to all seniors!

In May, the high school will be participating in a Teacher Appreciation Week where students in Student Council will be planning some small gifts and a luncheon for the teachers.

Sydney Good, is a senior at Morgan Township High School and one of the students a part of the Porter County Career Center Technical Honor Society. Good plans to attend Grand Canyon University in the fall of 2021 and aspires to be a hard-working successful woman who is independent and dependable.

Good has a GPA of 3.9, has been on the Honor Roll all four years of high school, and as well as Academic All-Conference. Her athletic accomplishments include two first-team all-conferences, a first-team all-county, and a second-team all-region in basketball.

Good’s has many goals for the upcoming years, academically and personally.

“I simply want to be successful in college, get a degree in Sports Management and enjoy it while I can.”

Good has many hobbies and extracurricular activities. Her extracurricular activities include basketball, volleyball, student council, key club, Honors Society and Spanish club. Her hobbies include staying active, wake surfing, and going to the beach. Good also volunteers at her local church, serving in the preschool or helping with physical labor.

Good is excited to have added being inducted into the Honors Society to her growing list of achievements.

“To be included in the Honor Society, makes me proud. it’s a commitment to serving your school and community through service.”

Steve Bazin is a welcome new addition to the language department at Morgan Township, taking the role as the new German teacher. Bazin studied English and German at Wabash College.

Bazin found his love for the language when he was in high school and was required to take a foreign language class. He ended up picking German and enjoyed the class so much that he decided to study abroad. He spent a summer in Germany in high school and lived with his host family from August to December in college. After college, he began teaching at Lake Central High School for one year and then came to Morgan Township.

“I was looking for a permanent position and Morgan Township wasn't even on the radar,” Bazin said. “I drove out to it and slowly started to notice it was in the middle of nowhere… But I enjoy it because I can know the students better and individually since there are fewer students.”