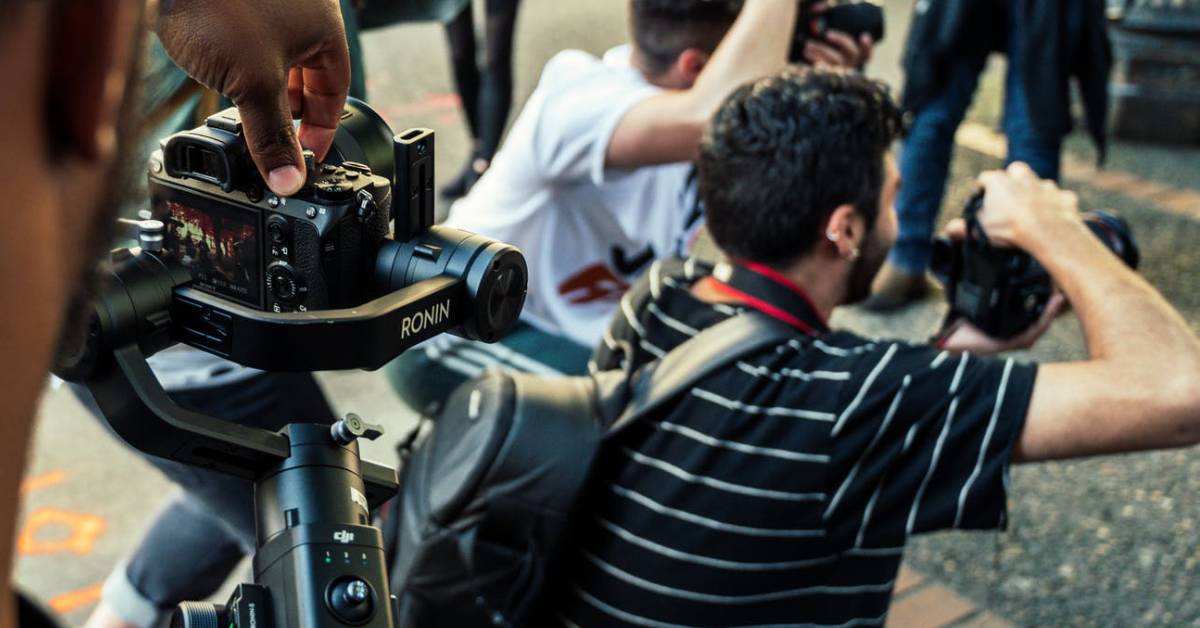 Here at GreatNews.Life, an online news agency that publishes exclusively positive news throughout the Region, we aspire to mold and inspire budding journalists in high school through the #1StudentNWI program. In fact, we’re the only area media agency offering paid internships to students from every high school in Lake, Porter, and La Porte counties. It’s a life-changing experience for many.

The #1StudentNWI internship program offers high school students a unique opportunity to boost their career pathways for journalism, writing, and multimedia journalism by working as embedded reporters in their schools. Their content - which consists of monthly articles, photos, and sometimes videos - is then published across the vast GreatNews.Life networks including Valpo.Life, Portage.Life, NWI.Life, LaPorteCounty.Life, and related social media sites. The students who excel in the #1StudentNWI role may be offered an opportunity to be a part-time reporter for the Life Sites, covering stories outside of the schools as well.

Here’s a look at how the #1StudentNWI program has successfully served as the launchpad for some impressive journalism and multimedia career paths.

Vickrey began working with GreatNews.Life when he was just 16. In fact, he was involved in the beginning stages of the program’s development, before the title #1StudentNWI even came to be. Brandon’s role as an early pioneer of the program quickly expanded as new doors within the company opened. He began covering events frequently in the community and supervising part-time staff. Vickrey recalls his experience as “doing a little bit of everything,” enabling him to build a strong portfolio at an early stage.

Currently, Vickrey serves as the Valparaiso University Sports Information Director and is the voice of the Whiting Oilers.

Check out a sampling of Vickrey’s past work for GreatNews.Life here.

This fall, Bianco will attend North Park University to study multimedia journalism. Bianco hopes to one day develop a brand as an author, journalist and public speaker. Take a look at a sampling of Bianco’s work as a #1StudentNWI here.

After Edquist finished up her time at Indiana University where she worked at the student paper as a campus beat reporter, Edquist was given the opportunity to write for the Green Bay Press Gazette.

Click here to view some of Edquist’s past work as a #1StudentNWI.

Steinhiser is a research assistant with the political science department and working on the Northwest Indiana biased crime report, Steinhiser and others before her have helped research and record every hate crime in region newspapers from 1990 to 2018. Steinhiser also serves as a campaign team member for Bill Durnell, Mayoral candidate for Valparaiso, as well as the head of the Democratic society at Valparaiso University.

Before entering these amazing journeys, Steinhiser had the chance to serve Blair Milo as an intern as part of the Indiana Career Connections program in Indianapolis.

Check out some of Steinhiser’s past articles by clicking here.

After leaving the #1StudentNWI program, Abdeldaiem was able to join The Campus Citizen at IUPUI and cover two Colts games. Her success in that avenue opened up more doors, allowing her to connect with Malcolm Moran, director of the Sports Capital Journalism program and a former New York Times writer. She then went on to cover the NFL Combine and Women's Big Ten Tournament which ultimately led her to become a breaking news writer for Sports illustrated.

While attending Manchester University, Kwiecien added English Writing as a second major to her Communication Studies major. She spent most of her time writing for the school newspaper and served as an editor. She was also a part of the Manchester Activities Council, a group that organizes events for the entire university.

While attending New York University and studying media, culture, and communication, Bukur served on the executive board of NYU's coffee club. He then moved on to receive his Master of Arts at the University of Westminster which led him to his current position as a Customer Expert at Runners Need.

Check out Bukur's past work as a #1StudentNWI here.

Since graduating high school, Meeks has studied at Purdue University to become an elementary teacher in hopes of one day becoming a school administrator.

William Hatczel, Intern at WBIG 1280 AM

While attending Ball State University, Hatczel hosted a sports radio talk show at the local campus radio station. He then moved on to study Radio and Television Broadcasting at the Illinois Media School. After graduating, Hatczel served as an intern for 1070 The Fan in Indianapolis, WJOB AM 1230 & FM 104.7 in Hammond, and currently is interning with WBIG 1280 AM in Aurora, Ill.

See some of Hatczel's work as a #1StudentNWI here.

“It’s pretty unique to be able to gain experience in your respective field during high school. This really helped me during my career search. Employers were always impressed to hear about how early I began working in media and it all started during my time with GreatNews.Life,” Vickrey said.

How did the program prepare you for future career experiences?

“Before becoming a #1Student, I was just a shy girl who was good at writing. After joining the program, I had a platform to be able to share my talent with the community and realized that journalism was an attainable career path. It proved you can turn a passion into a career if you have confidence in your abilities,” Bianco said.

Vickrey said working with GreatNews.Life prepared him for his career because he learned how to handle multiple projects at once. “As I started to succeed in one area, a new challenge or opportunity would surface. I really appreciated that chance for advancement,” he said.

What Valuable Skills Did You Learn?

“Being a #1Student taught me how to talk to people and ask questions that spark great conversation. That is the root of journalism and, really, the root of humanity,” Edquist said.

“The program is so much more than journalism. You learn many valuable communication skills and how to find the story in everyday life at school,” Bianco said.

“The program teaches you how to have a conversation with someone who you just met and connect with people immediately. It was also so nice to have the opportunity to find the positive in our community instead of the negative,” Steinhiser said.

What was your favorite part about being a #1StudentNWI?

“My favorite part was getting to make connections with students and teachers in my school. The program encouraged me to push myself outside my comfort zone and get out into my community. Finding story ideas is difficult sometimes, but it comes from talking to the people in your own community to find out what matters to them,” Edquist said.

“My favorite experience was the opportunity to meet other ‘Lifers’. You’re welcomed by this group of people who are all seeking good news and that’s so amazing. I still keep in touch with other #1Students,” Steinhiser said.

Why do you recommend the program?

“I highly recommend the experience to high school students. I think it’s something I will remember for the rest of my life. It gives you the unique opportunity to have a job during high school that involves a career that you want to go into some day,” Vickrey said.

“I would urge anyone to take on this role, whether you're interested in journalism or not. It's just a fun way to get involved within your school and within a great network of people at GreatNews.Life,” Edquist said.

“Definitely jump on this opportunity. The program does a great job of connecting you to your school and the people around you while giving you valuable skills that you’re going to use for years to come,” Steinhiser said.

“It’s a really sad realization that I will be graduating from the program next month after three great years. I am more than thankful for this program because it’s always been more than the articles I write. It’s the connections I make and the stories I get to tell. Along the way I’ve also met some of my best friends,” Bianco said.

Jump on the opportunity to gain real world experience, build your media portfolio, and make great friends in the process! To get started, email resumes and cover letters to hiring@greatnews.life.

School out for the summer? No worries! #1Students also submit stories during the summer about community happenings and may have the opportunity to cover events as part of the part-time reporting team for GreatNews.Life.

“It was the perfect summer job. Getting out into the community and going to events that I may not have gone to or even known about was very cool,” Steinhiser said.

The experience is quite unique, and our team hopes to hear from interested applicants who share a passion for sharing good news throughout the community!