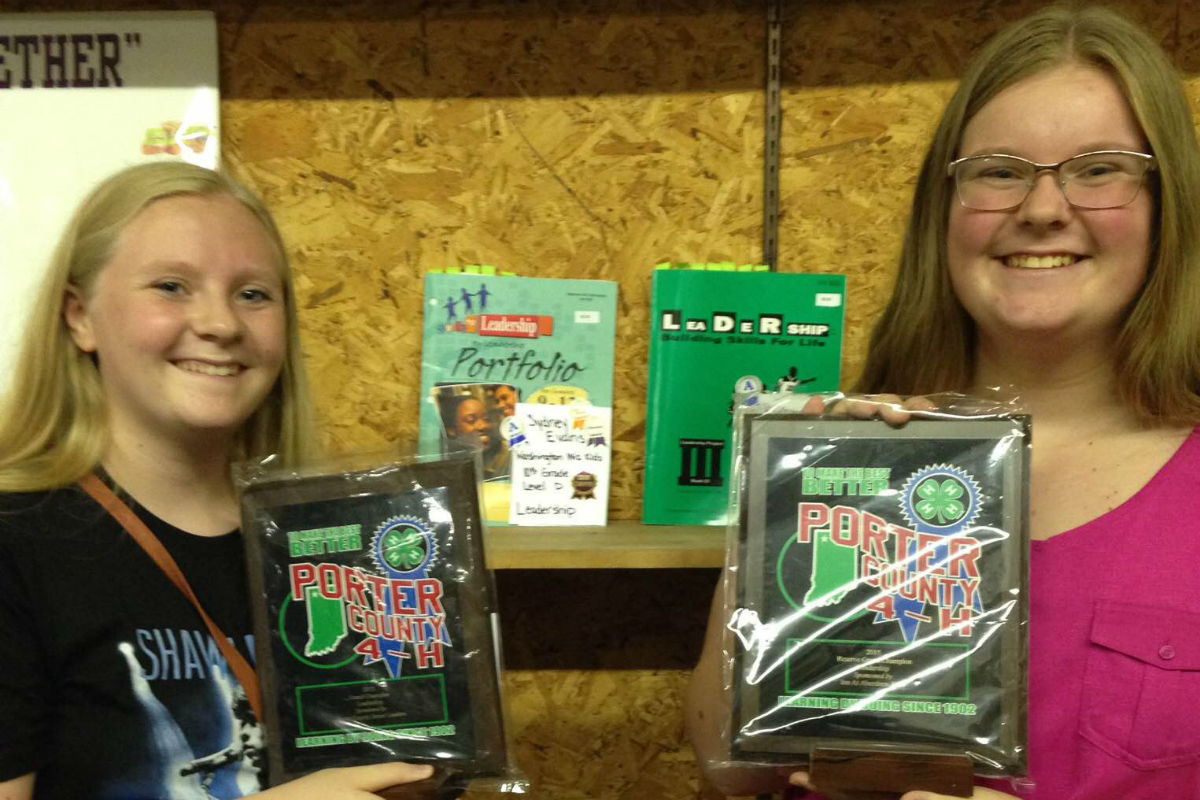 The Ten Best Days of Summer

Imagine all the fried, fatty foods you can eat. Well that pretty much sums up the fair. For ten days the fairgrounds are filled with food trucks as far as the eye can see. As you can imagine everyone has their favorite.

“My favorite food truck at the fair is the ice cream place. I like it because they sell elephant ears”, says freshman Zach Brys.

Some people spend a day or two at the fair but others have to spend the whole ten days there. A lot of students at WT work at the fair. For instance, senior Kyla Banaski works on the Junior Fair Board. She volunteers in the TSC Barnyard for children. This is Kyla’s first year.

“I enjoy being on the Junior Fair Board because it is a great experience and everyone that I work with is fantastic. It is unbelievable how much time and effort the Fair Board actually puts into running the fair. Having the opportunity to see everything behind the scenes of the Porter County Fair is amazing, it is a completely different view” says Kyla.

The fair is a fun event for all ages. Everyone in Porter County looks forward to the best ten days of summer. 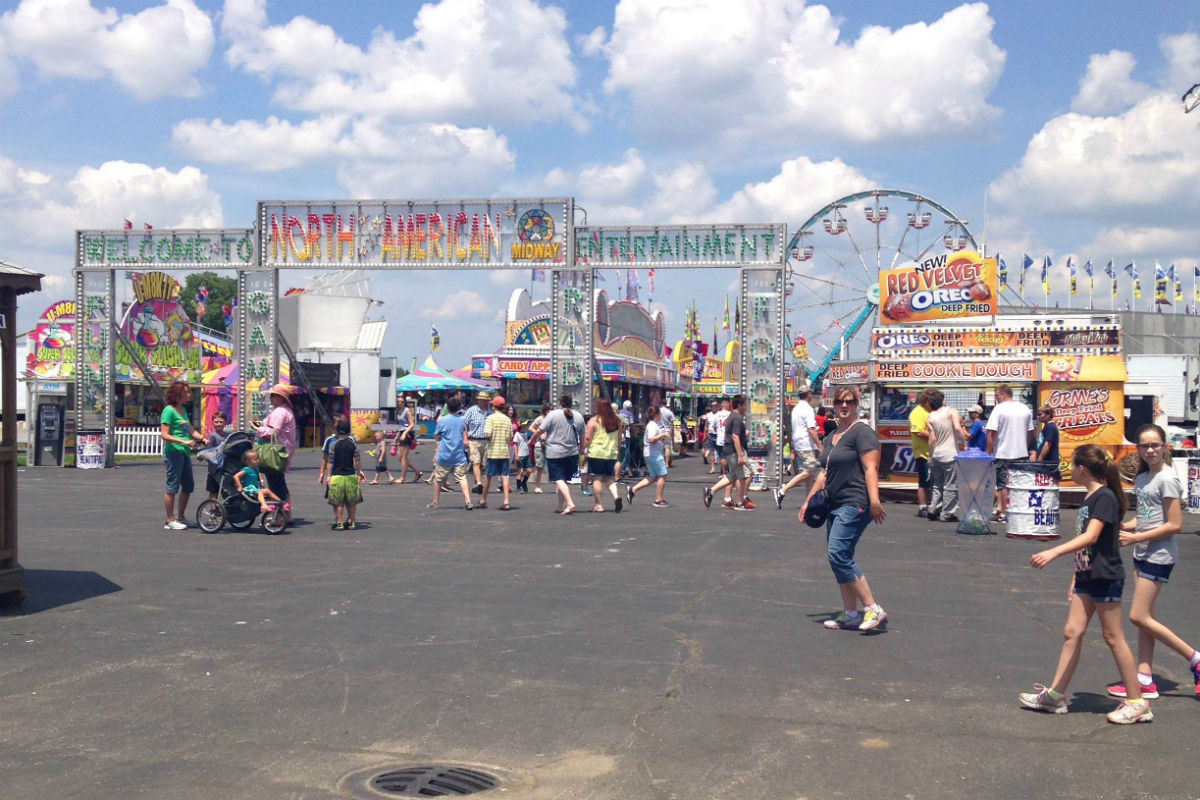 If you are interested in working with animals, sewing clothes, baking cakes, or even photography, then 4-H is the hobby for you! Students work almost all year to prepare for their big event at the Porter County Fair. Each day a different show is judged. Only the ones who work the hardest win their event and enter their projects in an even bigger contest at the Indiana State Fair.

Many students from WT participate or have participated in 4-H. For example, Junior Sydney Evans participates in the music, leadership, and photography programs. She has been a member of 4-H for eight years.

Sydney has won grand champion in health and leadership. Being a member for eight years, 4-H is very important to her.

“I have definitely learned a lot from participating in 4-H. I have obtained many essential skills though the projects I have done” she says.

Being in 4-H is a great hobby for someone who wants to work hard. There are many different parts of 4-H so it is easy to find something just right for you. Being a member is also a great way to make friends and help the community while at it. 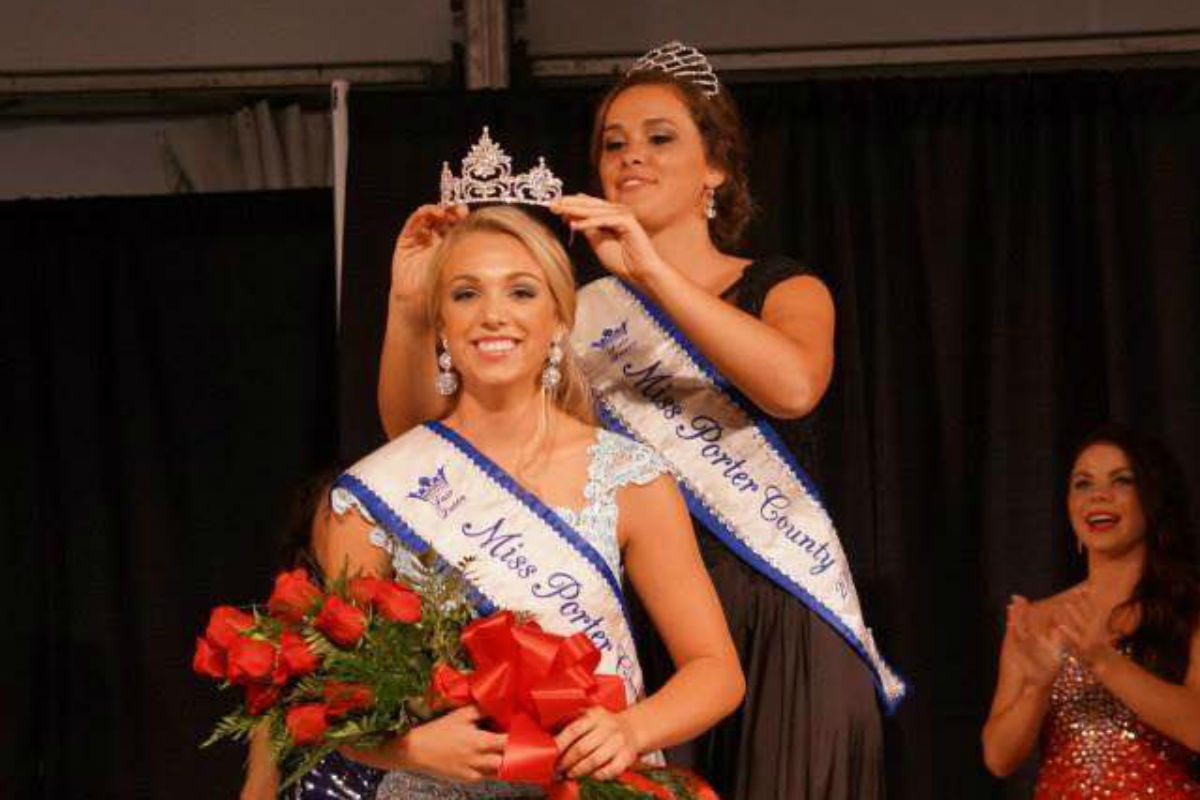 Last year a former Washington Township student ran in the Porter County Fair Queen Pageant. Madeline Johnson was fortunate enough to win in the 2014-2015 season and be named Miss Porter County. However, Maddy had to meet many standards even run in the contest. For example, you have to be between the ages of eighteen and twenty-one and you cannot be married or have a child. You must then print out an application and answer questions that are mostly about yourself.

Maddy says, “I ran for fair queen because I have always been a part of the fair. I was a ten year 4-H member and wanted to be able to represent Porter County.”

A big crown means big responsibility. Don’t just think she got the title of Fair Queen and that’s the end of it. Maddy had many events to attend during her reign. She attended all of the 4-H shows, all grandstand events, introduced some acts at the grandstands, taught new pageant contestants at workshops, attended parades, and she also ran at the Indiana State Fair for Miss Indiana. Maddy had to be at the fair from early morning to midnight to answer questions, take pictures, and attend events held at the fair.

Overall Maddy really appreciated the experience, and this year she will be passing down the crown to the 2015-2016 Fair Queen.

To all of the 2015-2016 Fair Queen contestants she says, “Make sure you stay true to yourself. I believe it is so important for the girls to be themselves because the queen is known for being a genuine person and a role model for the youth in the county. I also want to tell who ever the winner is to have fun at the fair and just enjoy the people because those ten days will go by so fast”.

Finally A Break For WT Athletes

For athletes there are only two weeks of the summer when they don’t have practice: one at the beginning of July and one at the end of July. These are called moratorium weeks. All athletes look forward to these weeks because they finally get a break from their busy summer practice schedules. This is the time when players can relax or even make plans with their friends.

During the summer the girls volleyball team conditions for four days a week every week: except moratorium weeks.

Sophomore Anna Banaski states, “I am very excited for moratorium week”. She plans on going to the Porter County Fair, the beach, and even a concert.

“I plan on attending the Porter County Fair, enjoying pool-side peace, and beautiful beach scenery”, says Senior Lauren Kleist. Lauren is also excited for the season to start so she wants the week to go by fast.

After the last moratorium week at the end of July, athletes have to get back to their busy practice schedule because their season is around the corner. All of this work athletes put in really pays off during their season.