What's Happening?
Music and Athletic Banquet Awards:
On May 21st, the annual Music Banquet handed out awards for musically talented students. Awarded the Sousa Award was Grant Hamstra and National Choral was awarded to Kyley Pittman.

For the Outstanding Choir award, the winners are placed by class. For freshman, the winner was Ethan Fickle, for Sophomore was Matthew Woodbury, for Junior was Nicole Fackelman, for Senior was Kelley Hershberger. The same goes towards the band students. Given the Outstanding Band award for Freshman was Max Chatwell, for Sophomore was Grace Higbie, for Junior was Andy Bochnicka, and for Senior was Karl Wehner. The Kouts Color Guard award was given to Kelleen Cullison and Estela Reis. The Kouts Singers award was given to Kelley Hershberger. The Noteworthy Director’s Choice for Band (also by class) was given to Morgan Mills, Mitchell Sech, Anne Stewart, Jared Birky, and Doug Satoski. The Director’s Choice for Choir (by class) was given to Lauren Drang, Matthew Huycke, Amanda Gardin, Stephen Carnell, and Kelleen Cullison. Students who showed an amazing ability and change for the world of music were given Kouts Music Boosters Scholarships of $500. This was awarded to Dough Satoski, Grant Hamstra, Jared Birky, Kelleen Cullison, and Kyley Pittman.

At the Athletic Banquet the next day there were many awards given, so a few shout-outs are in order, as well. 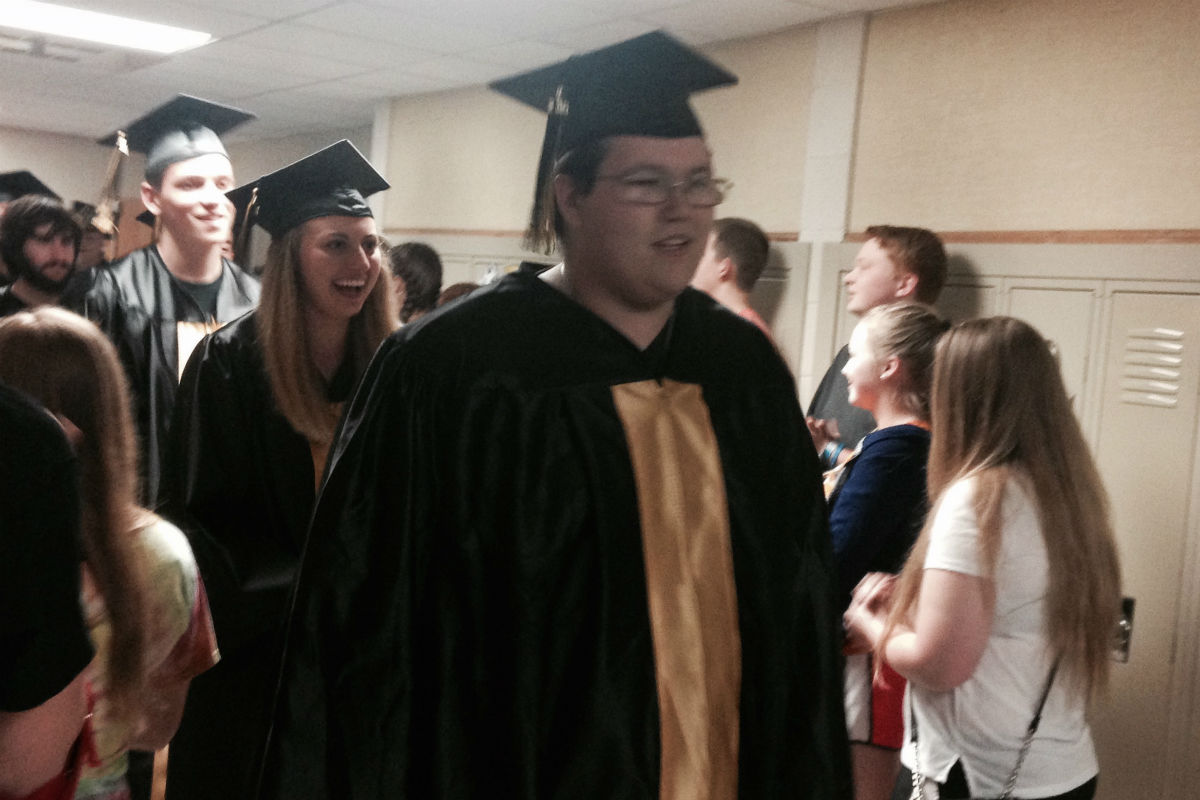 What's Coming Up?
Graduation Walk:
The seniors had a walk through the years as they dressed head to toe in gown and cap and strolled through the hallways. A last final goodbye to those friends and years of youth they leave to the past. We wish them great years ahead as they plunge into adulthood! You made it, guys! 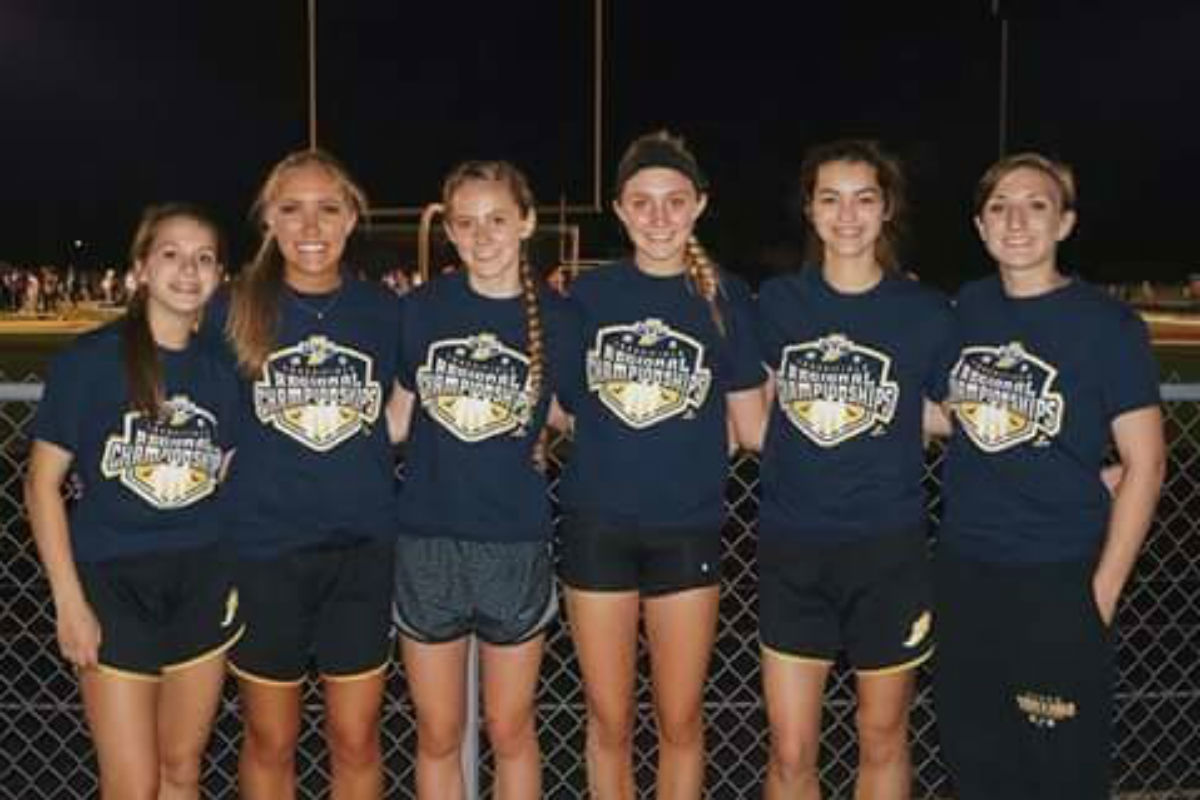 Student Shout-out to Sydnee Hill:
Congratulations to Sydnee Hill (fourth from the left) who placed her 4th in the meet missing the state meet by 1/4". Although missing state, Sydnee did, however, jump 16’11-¾” which broke a school record that had been previously held since 1985. 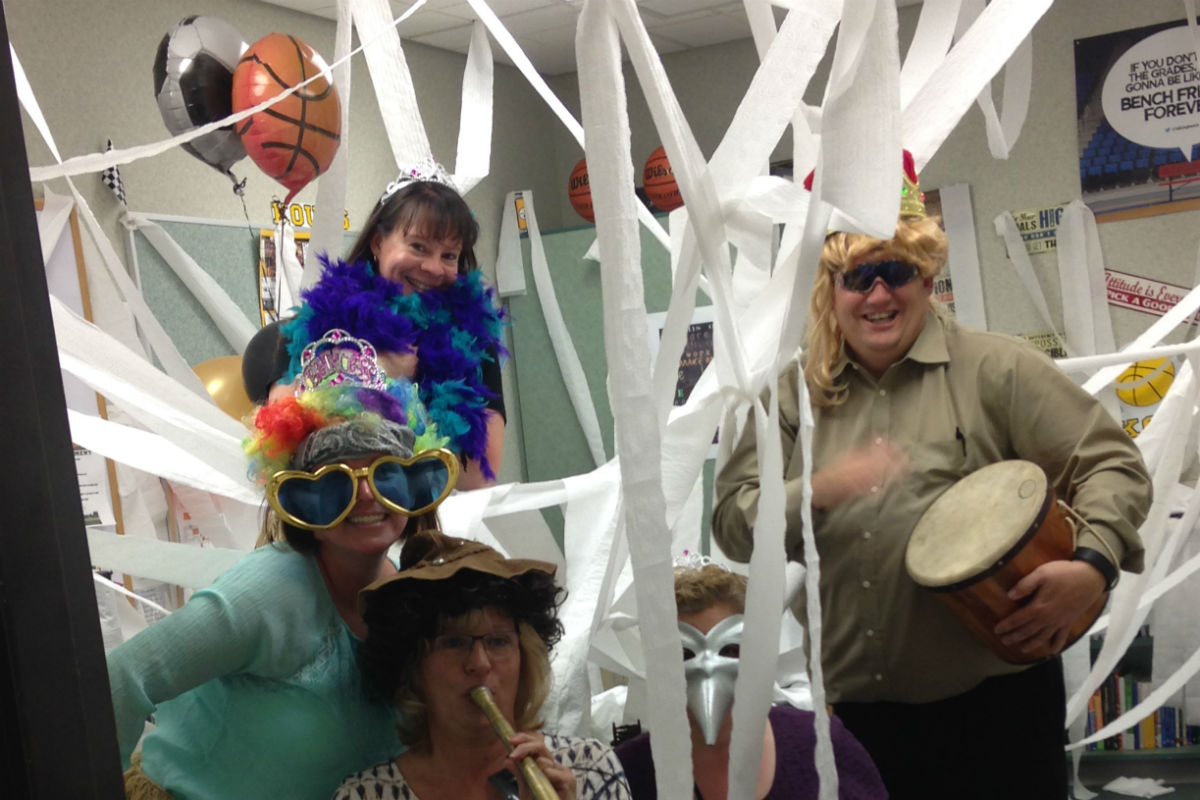 Farewell to Owney:
Farewell to our vice principal, Aaron Owney, as he leaves our school to travel to LaCrosse for a principal position. Excited to embark on a new adventure, Mr. Owney still is worried about the added pressure that comes to take a principal position, but it eager for the challenge. Mr. Owney departs us with, “Dear Kouts MS/HS students, It has been an awesome 2 years! I have enjoyed being a part of the Kouts family and seeing you grow as athletes and as students. I know some of you better than others, but then again some of you had more frequent visits to my office than others. I want you to know that I have accepted the position as principal at LaCrosse High School. This was not an easy decision because Kouts has and will always have a special place in my heart, and the majority of that is because of each of you. I look forward to hearing about all the great things Kouts MS/HS students are continuing to do and please know that you will be truly missed! Sincerely, Mr. Aaron Owney, Kouts School Athletic Director and Assistant Principal.” As you can see, the office staff had fun saying goodbye!