After weeks and weeks of hard-fought games, the Valpo Viking varsity football team has been dethroned.

Boasting an impressive 5-0 record, the September 22nd game against Crown Point proved to be a difficult fight for the Vikings. Following weeks of facing rivals and tough battles, the Vikings showed up to the field looking a little worse for wear, but that did not mean they did not show up hungry. The Vikes did manage to put up a fight and are ready to come back for more when sectionals comes around later this season.

“We did everything we could,” Junior Antonio Bravo said, “but we’ll be ready for next time.”

The tenacity and spirit of the varsity team is a palpable force that resonates throughout the halls each and every week. Although they faced defeat for the first time this season, nothing is stopping these young football stars, not even a multitude of injuries and setbacks. 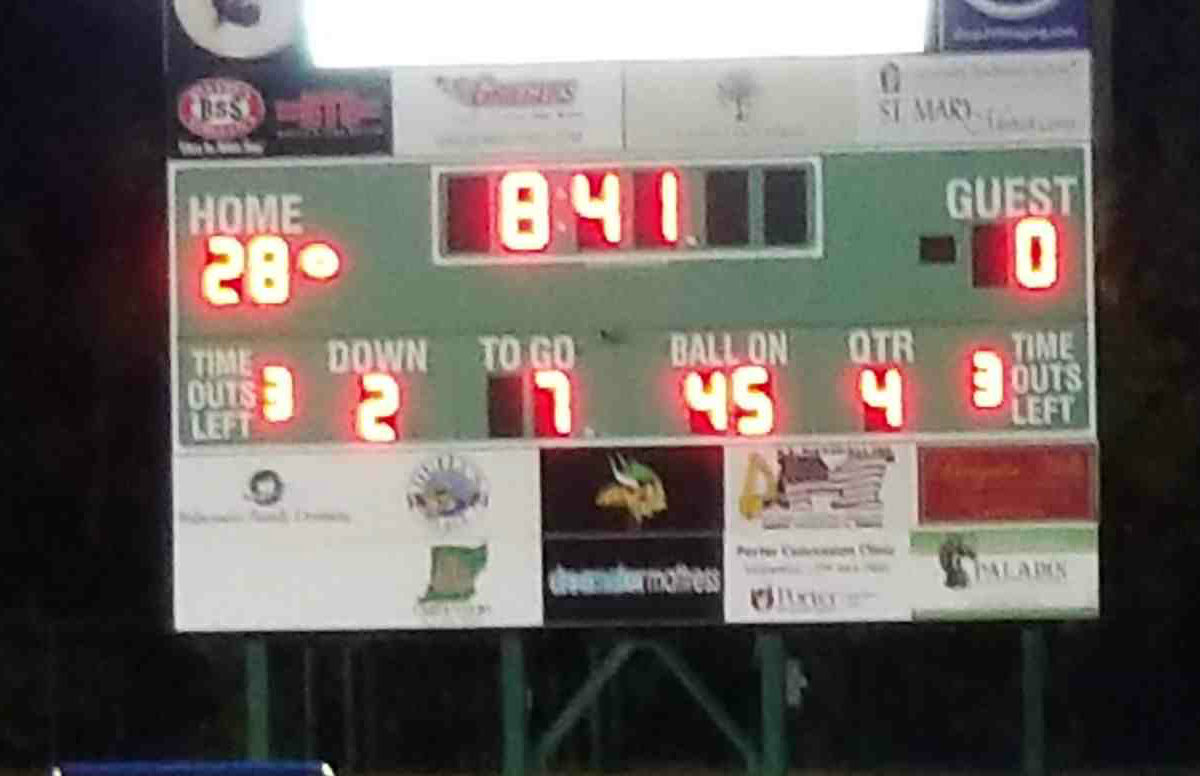 Despite all of that, the students and faculty are still in a fever pitch of support for their fierce football team. Classrooms are abuzz with the prospects of this team and where they could go with their talent, athleticism, and undying will to be the best.

“We started off with a lot of wins and have been held back by a few injuries, but the back-ups have done an excellent job of stepping up and not missing a beat. I would like to think that our season will end with us winning the DAC championship and making some noise in the postseason,” Senior Sam Bernardi said.

Like most high schools throughout the nation, VHS recently geared up for homecoming. The Vikings football team prepared for a home game against the Merrillville Pirates, and students are excited about the dance on Saturday, September 30th.

A pep rally took place on Thursday the 28th to rally students for the weekend’s events, and the buzz at the high school was through the roof. The parade for the event took place on Friday the 29th, with the homecoming game against Merrillville starting at 7 p.m. 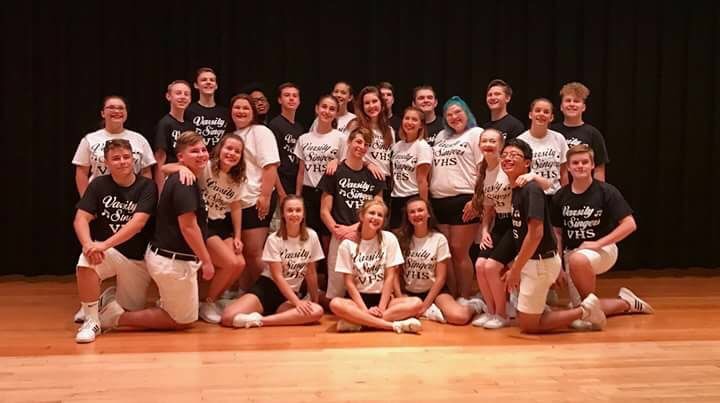 Further ahead on Valpo’s itinerary, the Valpo Varsity Singers have a show on October 10th. The Varsity Singers Fall Show showcases some of the talent that Valpo harbors, so stop by to see these passionate young artists sing their hearts out. 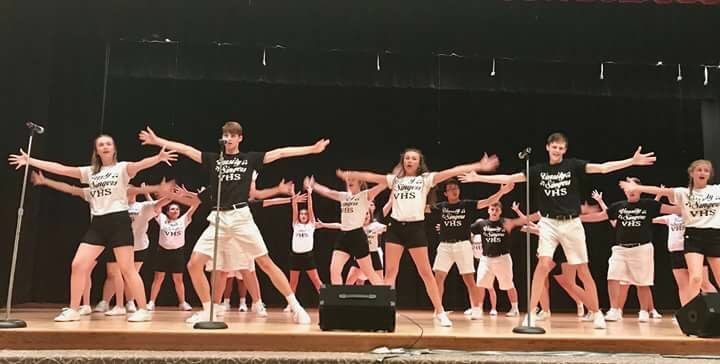 “The whole squad has been working themselves to death in preparation for this show so far,” Senior Elliott Yu said, “and we all just want people to see what that hard work has resulted in. Plus, it’s free, so there’s really no reason for someone not to come.” 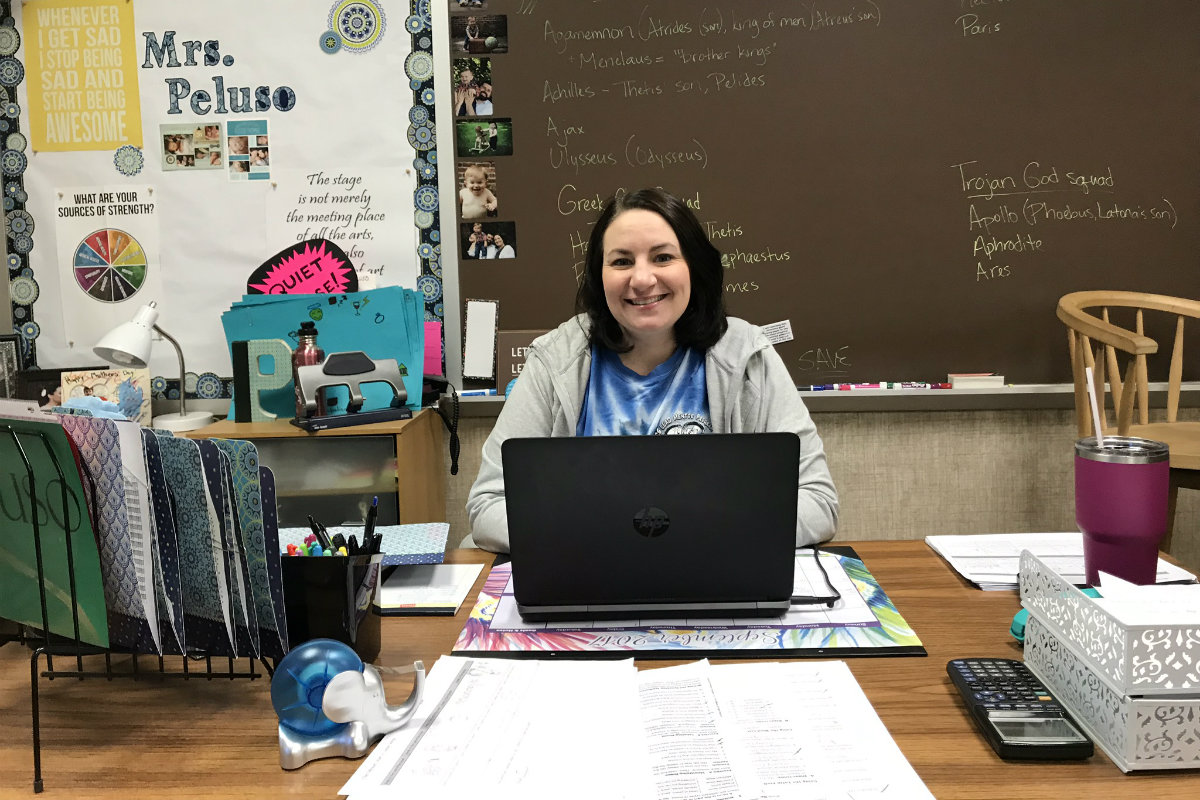 There is always talk around school when a new teacher is hired; there are whispers as to what they will be like. These inquiries might come from a place of genuine curiosity or maybe a sense of fear. In the case of English Teacher Colleen Peluso, all of those fears and/or potential curiosities went swiftly away as soon as students walked into her room.

Peluso is one of those teachers that does not stress students out in the slightest, regardless of her lesson plans. Her handle over a classroom is firm, but her demeanor is inviting, humorous, and infectious.

“I graduated from Drake University in 2004 with a B.F.A. in Theatre Directing and a B.A. in Journalism. After that, I moved to Chicago and became a voiceover actor, casting director, and voiceover coach. In 2010 I started at Valparaiso University. After student teaching at Valpo High School in 2011, I graduated with my Masters of Education in Secondary Language Arts,” Peluso said.

Almost every teacher at VHS has a story to tell or a life behind them that is so much more interesting than any student could believe. Peluso’s husband inspired her to make such strong connections with her students.

“I'm inspired by my husband. In his profession, he often works twice as hard as others because you have to put in twice the effort in order to do something really well. It takes time to be great at something when you don't take shortcuts, and that type of commitment is inspiring,” Peluso said.

Peluso reflects her husband’s commitment to his career through her desire to educate students to the best of her ability.

“The most gratifying aspect of teaching is working with students. I put a lot of time and effort into curriculum planning, hoping to engage students to want to become better communicators, critical thinkers, and problem solvers. The best part of teaching is when everything comes together, students figure out a new skill, and I can see their confidence building,” Peluso said.

VHS is happy to have such dedicated teachers like Peluso educating their students.

Valparaiso High School contains some of the most passionate, driven, and unrelentingly kind people. A perfect example of an exemplary Valpo student is Senior Mollie Gniadek.

Gniadek’s smile and energy never fail to light up any room she walks into. Her involvement around the school is neverending.

“I've been involved in a lot in the past four years, but currently I serve as the librarian for Concert Choir, a part of the Varsity Singers, a member of National Honor Society and Spanish National Honors Society, a member of Gardening Club, and I am a Spanish tutor one day a week after school,” Gniadek said.

Like many VHS students, Gniadek’s interests and responsibilities are varied and complex. However, while some students crack under that pressure, Gniadek thrives on it and still manages to come out the other side a positive and helpful person.

“I think the most fulfilling aspect of high school is being able to take a look back on how much you have changed physically and mentally. When I was a freshman, I was a very shy and awkward girl. Now, as a senior, I am more outgoing, and my social skills have improved. I also think that high school has improved my responsibility. I think it is important for everyone to recognize change in their lives, and high school is one of the biggest times of change someone can go through,” Gniadek said.

VHS students graduate with more knowledge than they had when they entered high school, and every student leaves with a different tenet. Gniadek is no different.

“I have learned a lot in the past four years of high school. However, I think the most important thing I have learned is to be outgoing and make new friendships and relationships, whether it be with peers in your classes or even your teachers. You learn a lot from the people surrounding you and you can take the information they've given you and apply it to the outside world.”