It can be hard adapting to a new school, especially when the old school is 4,161 miles away. Hugo Martinez-Salazar has come all the way from Madrid, Spain to experience life as an American teenager.

“I came to the United States to see what American schools are like, make new friends, and to see more of the world,” Martinez-Salazar said.

In Madrid, he is a junior at IES Jorge Marique, where he has taken a special interest in engineering. After high school, he wants to go to the Polytecnica de Madrid to study engineering. At Washington Township, he is currently taking Physics and Earth and Space Science under his favorite teacher, Mr. Hudson.

“It is good to see a student have an enthusiasm for life and be able to volunteer himself for almost anything without reservation. He is ready to answer a question thoughtfully wrong or right and always willing to volunteer in a demonstration. He exhibits courage on a daily basis,” Hudson said.

Over fall break, Hugo attended an engineering seminar at Valparaiso University with Mr. Hudson and other students. He was instantly enamored by the seminar and took home the best experience.

Along with engineering, Hugo enjoys roller skating and Taekwondo. At his school, they do not have nearly as many extracurricular activities as Washington Township does. Hugo has taken advantage of his time here to expand his horizons and try new, different experiences.

At the beginning of the school year, Hugo played soccer for the first time in his life.

“I think that all of the team is incredible. I don’t like soccer too much, but they made the season worth it,” Martinez-Salazar said.

Hugo also mentions that, “even the babies in Spain are better at soccer than I am.” Despite Hugo’s lack of experience in soccer, the season was still fun with his enthusiasm. Hugo could be seen cheering on his teammates from the sidelines while eating an orange and chocolate bar. Hugo ate so many oranges that at the end of the soccer season, he received an award for “Most Oranges Eaten in a Season.”

Overall, Hugo had a great soccer season and made many new friends. His outgoing personality makes it easy for him.

“Hugo can always make me laugh. He's too funny. Watching him adapt to American culture has been so cool. He is fitting in really well and has grown a lot since the first day I met him. I'll be sad when he leaves, but will have been fortunate enough to have gotten to know him,” said Morgan Olson, a junior at Washington Township. 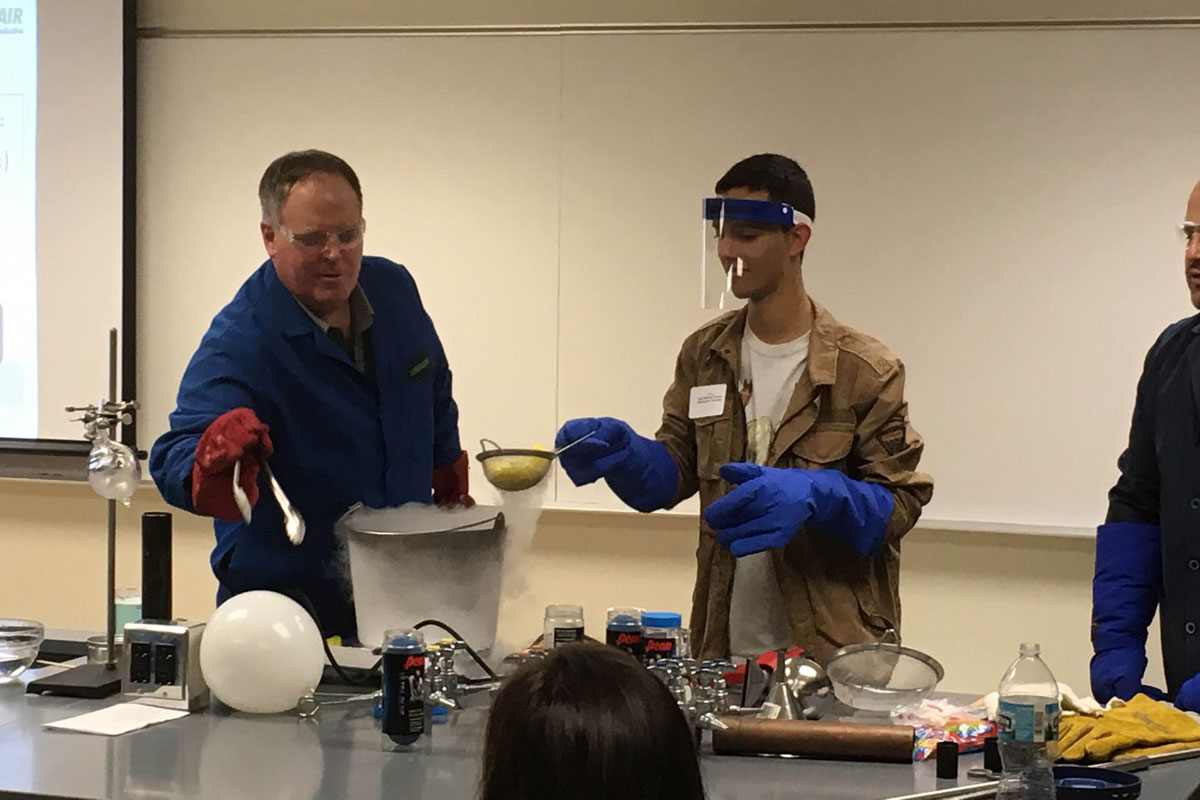 So far, being in the United States has been an incredible opportunity for Hugo. His host family, the Vargas’s, has enjoyed being able to get to know Hugo.

“Hugo may have come to the United States to learn more about our culture, but along the way he has taught our family a lot about life. Hugo is so funny and goofy. He always makes my family laugh. We really enjoy having Hugo around and I see the best side of our whole family with him included,” said junior Abbey Vargas.

“They have been so kind and friendly since I came here,” Martinez-Salazar said.

Although Hugo loves the United States and specifically Washington Township, he misses his family. Back at home are his parents, Andres and Maria Luz, along with his sister Irene and his two dogs. Hugo hopes to return to the United States later in his life and explore more of what America has to offer.

“I'd like to visit New York. My sister went there, and she told me that the city was amazing,” Martinez-Salazar said.

Hugo will be in the United States for the rest of the school year. For only being here less than 3 months, Hugo has made an incredible impact on the students’ lives. He brings an amazing energy to classes and can make any lesson fun. His thirst for knowledge allows him to take in so much every day. Hugo has been a wonderful addition to Washington Township and many students will be sad to see him go.