Wheeler’s 2017 Homecoming Dance, sponsored by the student council, was a success. Students were a bit skeptical at first since this year’s dance was hosted outside under a tent, but they quickly realized they liked the change. The weather was perfect, and there were no bugs. Students also had good reviews on the DJ. Over 300 students out of a school population of under 600 students attended the dance.

Leading up to Homecoming, students participated in Spirit Week, a pep rally, a parade, and a fish fry. The Spirit Week themes were as follows: Hat Day, Big 10 Day, Decades Day, Tourist Day, and School Spirit Day. On Friday the 15th, all of the students took part in a pep rally in the gymnasium at the end of the day. Each class competed for the spirit stick. The competitions included best grades as a class, best attendance as a class, a class cheer, a class banner, a scavenger hunt, and a tug-of-war. The cheerleaders and marching band also performed at the pep rally. The senior class won the spirit stick, but the freshman class came in an unexpectedly close second place. The junior class took third, and the sophomore class took fourth.

The student council was very pleased with the turnout of students at the dance, themed Midnight Masquerade. Attendees received a mask and a reusable cup as favors. Student council is also very proud of the fact that they pulled off the first-ever outdoor Homecoming Dance in Wheeler’s history. 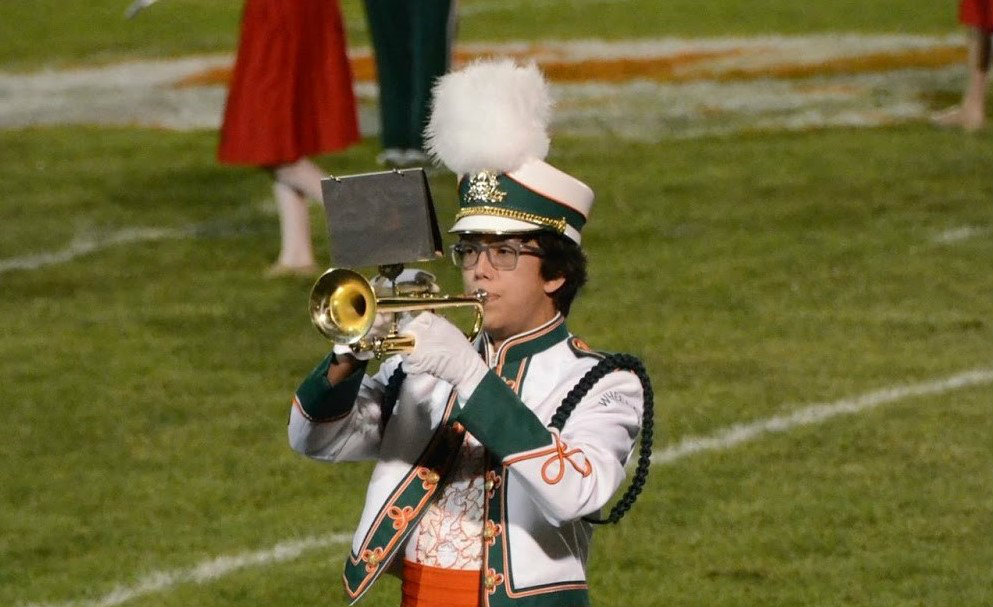 Senior Marcos Buslon is involved in student council, band, theater, the science and history academic teams, the robotic club, and Amanda Forum Task Force. After high school, he plans on attending college to study international business. Buslon is the president of the student council, which is something he has been a part of since sixth grade.

“I enjoy student council because I can express my leadership skills in a positive manner,” Buslon said.

Buslon has been involved in theater since he was seven. He joined because his older sister, a freshman at Wheeler at the time, was in the school’s musical, Let’s Review Broadway. He enjoyed watching her and asked to join the chorus.

Recently, he was cast as Judas in Wheeler’s fall musical, Godspell.

“I’m excited for this interactive audience show and the classic songs of Godspell,” Buslon said, “My part in particular requires a serious, emotional character; I hope I can do the part justice.”

His favorite part of theater is singing and acting. He feels these two aspects are intertwined and are very important to a successful production.

On Friday nights, Buslon can be found on the football field. He won’t be playing football, but he will be playing his trumpet in the marching band. Buslon has been playing the trumpet since sixth grade when he joined band. He has also been a part of the marching and pep bands since his freshman year of high school. His favorite part of band has been playing at the basketball games.

With his high school career coming to an end after this year, Buslon is enjoying Wheeler’s positive environment as much as he can.

“I’ll miss the friendly faculty including Mr. Gandy and Mrs. Curtis, my friends, theater, and band,” Buslon said. Wheeler will certainly miss Buslon after he graduates at the end of this year, but the Bearcats cannot wait to see what great things he will do after high school. 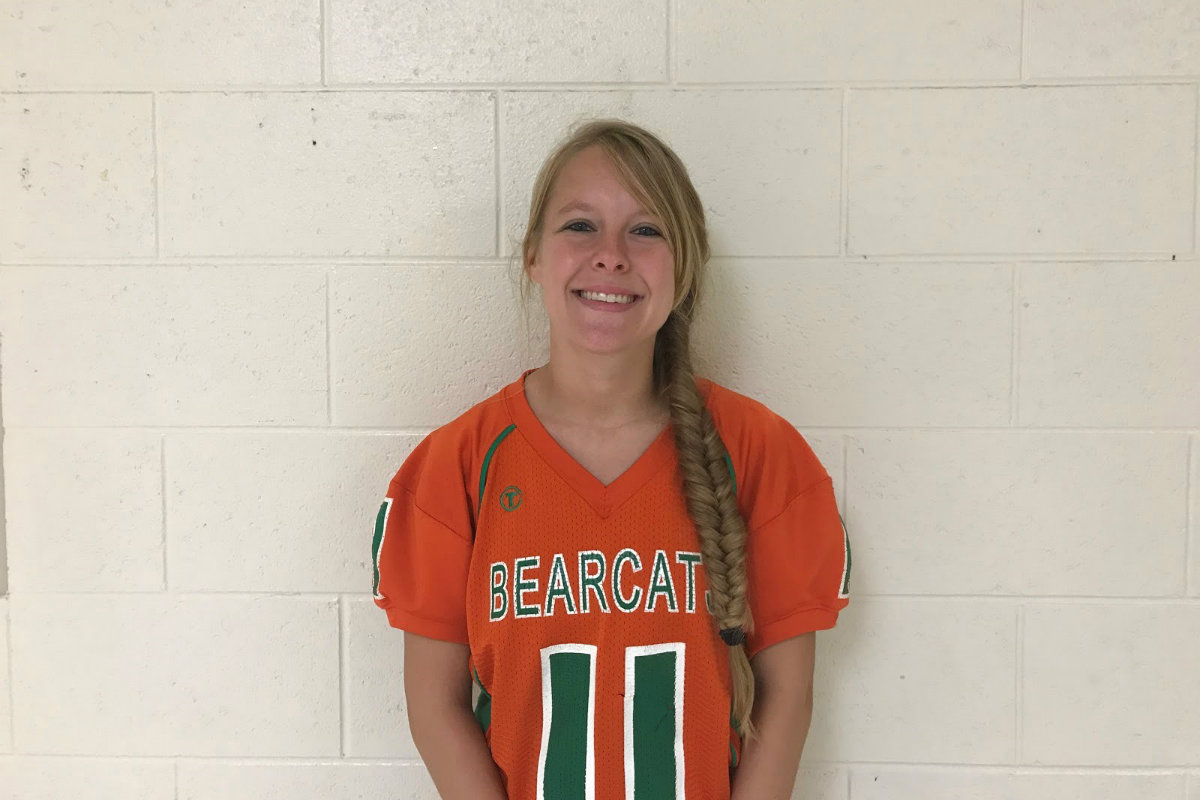 Ellyssa Eveland has been a teacher at Wheeler since 2014. She teaches Honors English 9 and Regular and Honors English 11. However, she does more for Wheeler than just teaching. Eveland is a co-sponsor for student council, the senior class sponsor, and an assistant coach for the girls’ soccer team.

Eveland went to high school at Lake Central. Then, she attended Purdue University Calumet and Indiana University Bloomington. She was always interested in teaching and enjoyed English her entire life. After college, Eveland taught at Griffith Middle School for a year, and then she came to Wheeler in 2014.

Something Eveland noticed about Wheeler right away was how close the community was. She feels that the administration really cares about the student body and staff and makes them aware of that.

“I have heard [Principal Don] Gandy tell the student body at different events that he loves them and cares about them,” Eveland said, “I think it's really important that the kids know that they have someone to go to with their problems, and the administration and the teachers at Wheeler beautifully display that.”

“They leave me astounded by the way they care about each other, on and off the field, and I think they are a perfect example of what a team should be,” she explained.

Eveland is a co-sponsor for the student council and is also the senior class sponsor. They were the freshman class when she arrived at Wheeler.

Outside of school, Eveland enjoys reading and talking with Ms. Mak, a chemistry teacher at Wheeler. She also loves music, the Cubs, and spending time outdoors.

Eveland’s two favorite memories so far have been finishing the regular soccer season this year undefeated and beating Social Studies Teacher Kyle Becich in a sprinting race last year while the soccer and football teams watched.

Fall Sports Come to an End 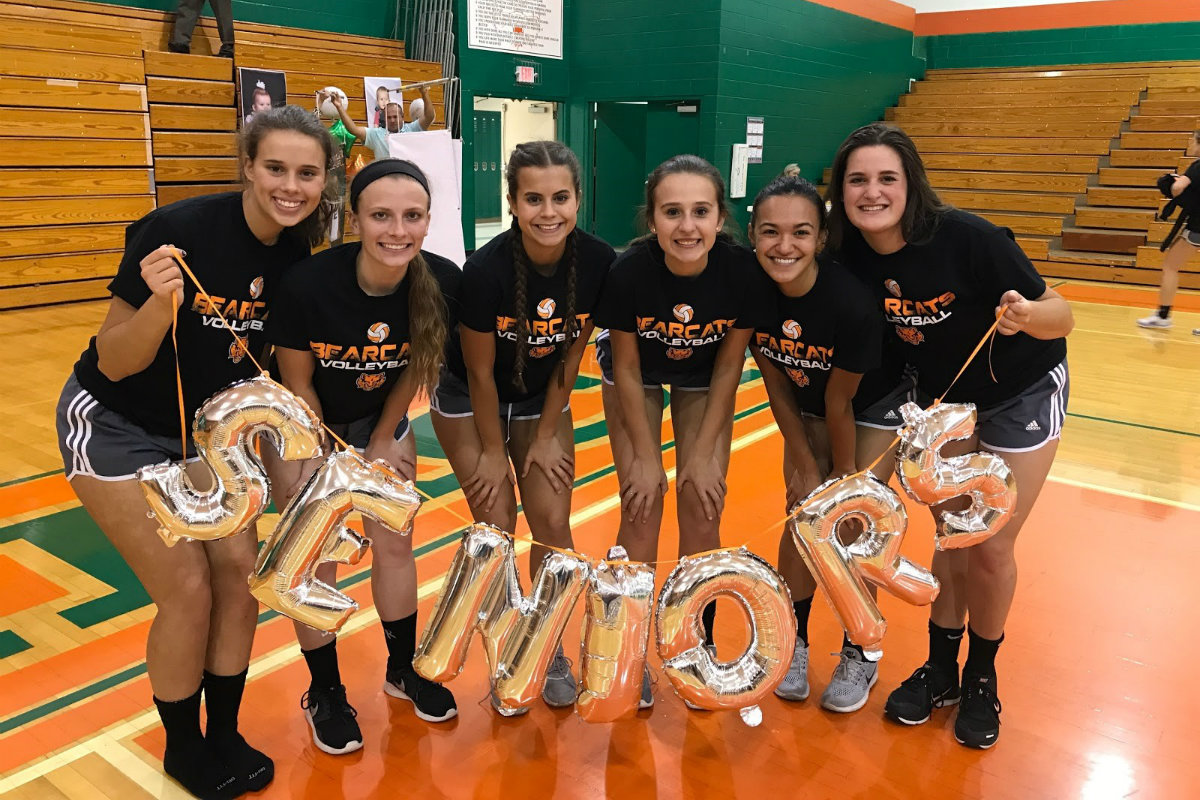 The fall sports seasons at Wheeler are coming to a close. Regular seasons for football, soccer, volleyball, boys’ tennis, girls’ golf, and cross country are ending or have ended, and postseason is starting. With these ends come a lot of emotions for senior athletes.

Although Wheeler’s sports programs seemed to be smaller this year since last year’s graduating class was so large, the rigor of the competition has not lessened.

The girls’ soccer team went undefeated, winning all sixteen games they played in their regular season. This is the first time that his has happened in Wheeler’s history. For 1A sectionals, the team had the bye for the first round and played Westville on Thursday, October 5. The girls advanced to the championship game played on Saturday, October 8 against Marquette Catholic and won 7-1, thus making them Class A Sectional Champions. They are now 18-0.

The boys soccer team also received the bye for the first round but lost to Hanover on Wednesday, October 4.

The senior night for football, boys’ and girls’ cross country, boys’ tennis, girls’ golf, cheerleading, and marching band was before the football game on September 29. Players walked on the track in front of the bleachers with a family member while a short description about them was read.

The football team drew Hammond Clark for the first round of 3A sectionals, to be played on October 20. They, like both boys’ and girls’ soccer, did not have a JV team because of a shortage of players.

The cross country team ran at sectionals on October 8 at New Prairie High School. They had three boys and three girls advance to regionals, which will take place on October 14.

The girls’ volleyball team will play Twin Lakes on Thursday, October 12 for the first round of 3A sectionals. If they win, they will play again on Saturday, October 14.