On April 27th, the bearcats dressed to impressed. The 2018 Prom took place from 7 PM to 11 PM at Avalon Manor.

Students spent all day getting ready for the much anticipated event. The grand march began at 5:30 in the auditorium. Couples and groups were announced and walked across the stage, presenting their fancy attire.

The prom was themed Afterglow. The venue was full of color, light, and, of course, glow. It was planned and put on by the junior class who is sponsored by Mr. Kania, a science teacher. The class had been fundraising for the event since their freshman year to make sure they were fully prepared.

Each guest was given a glowing cup as their party favor. Guests were invited to take pictures in the photo booth, snack at a chocolate fountain, and, of course, dance.

The prom prince, princess, king, and queen were all announced at the grand march. This year the nominations were selected by a group of teachers rather than by the students. The students then voted for the winner of each category. 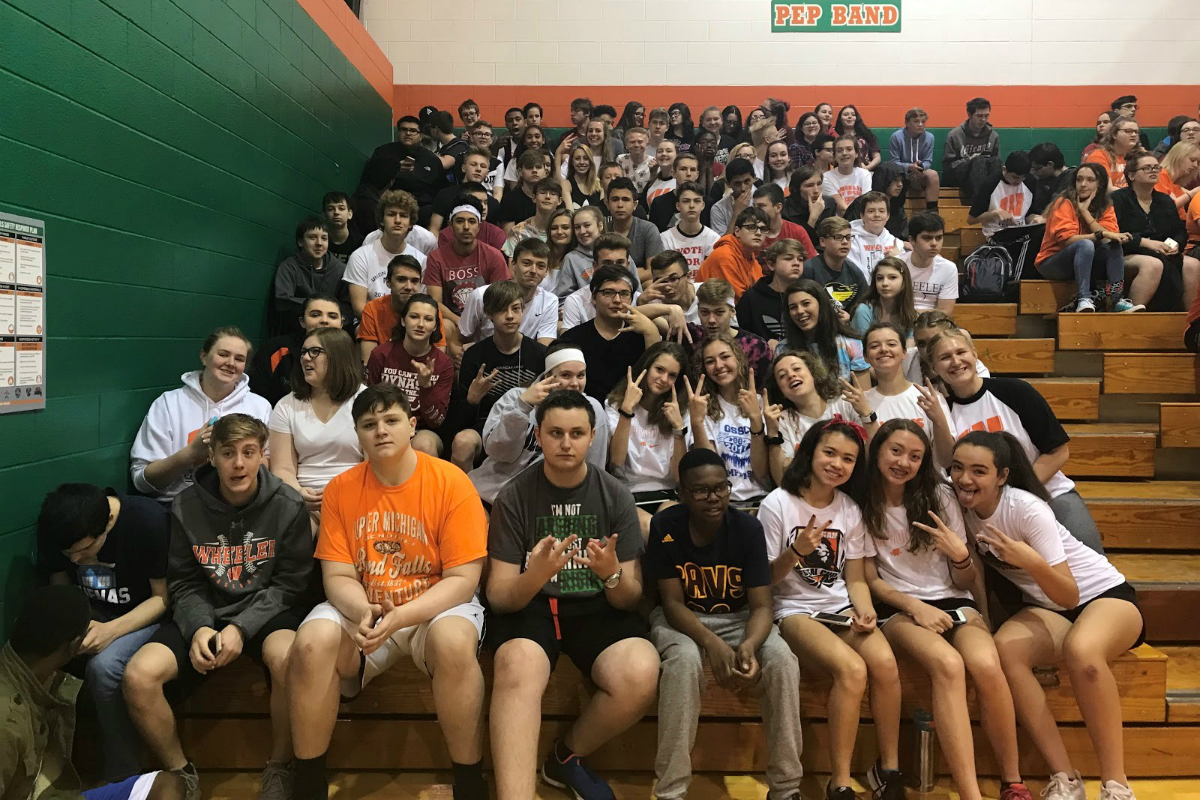 The end of the school year is always booked with different events from concerts to sectionals to finals. Students often find themselves stressed and overwhelmed. To give students a break from their crazy schedules, the school puts on Final SCORE.

Final Score is a field day-type event organized by the SCORE club who is sponsored by Brian Kunze. Every student is asked to sign up for two events, one during the morning and one in the afternoon. To make sure everyone is able to participate in something that interests them, the club offers more artistic events alongside sports. Activities include anything from three-on-three soccer to a scavenger hunt to a banner making contest.

During Final Score, each class competes against the others. Winning an event awards you 4 points for your class, 3 points for second place and so on. The class that accumulates the most points by the end of the day wins the title. This event is a way for each class to work together one last time before the end of the year. This year marks the 5th year the event has been put on. 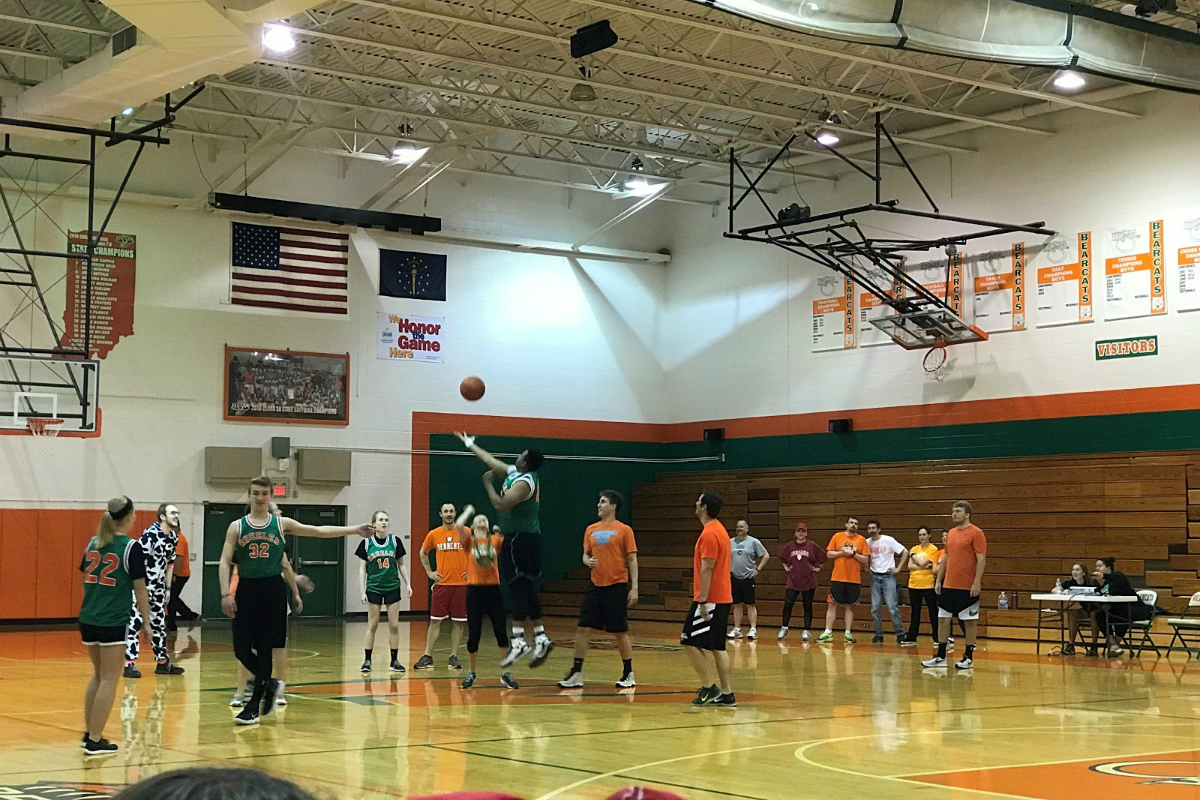 Final SCORE started first thing in the morning on May 17th. The opening activity was a lip-sync competition. Each class had one to two teams representing them for this particular event. Next up was the staff versus seniors basketball game, the seniors being victorious. After these two events, the day started. Students dispersed throughout the school, going to their respective events. Once they were done with their activity, they were able to support and cheer on their peers.

At 1:30, the students and staff met back in the gym for a dodgeball competition. Each class was to have 20 girls and 20 guys to compete.

Once the final points had been added and tallies were made into totals, the senior class rose as the champions of the 2018 Final SCORE. 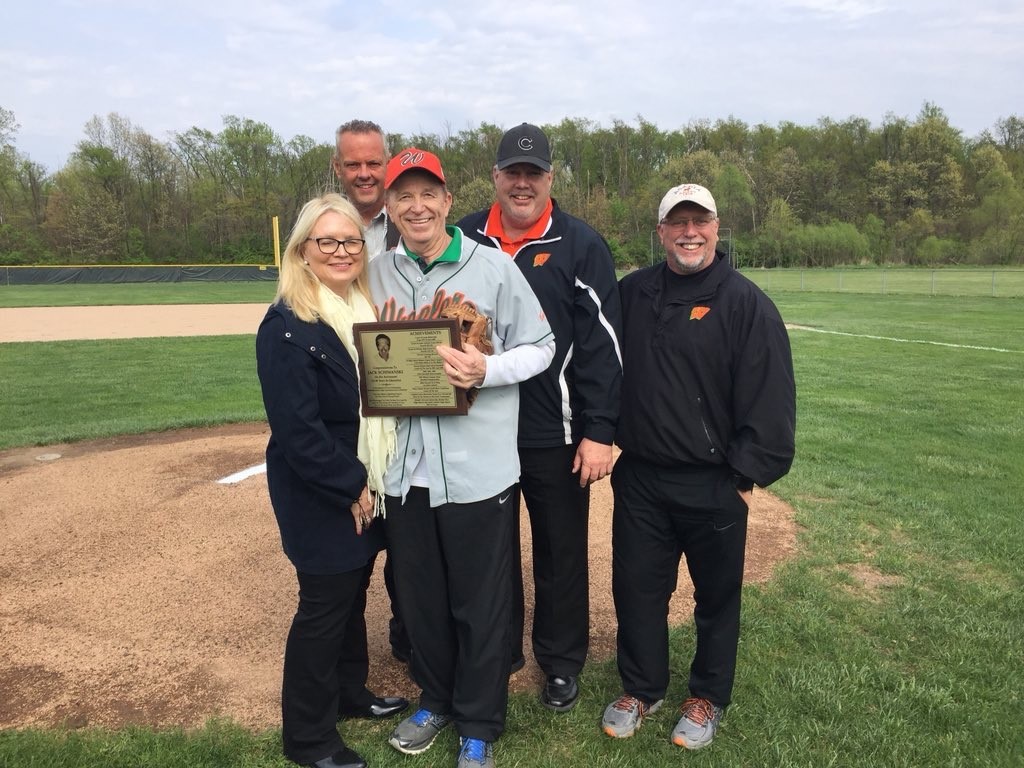 “When I look back on anything I did in education, it wasn’t work; I feel like I never worked a day in my life,” said Jack Schmanski.

Vice principal Jack Schmanski is nearing the end of his career after over 40 years in education. Schmanski attended Lewis University where he was a math major. He later received his masters in administrative education. He first arrived at Wheeler as a baseball coach in 1998 and became the assistant principal the following year.

Before coming to Wheeler, Schmanski worked and coached at Joliet Catholic High School and Lewis University.

To Schmanski, baseball has always been an important aspect of his life.

“What you learn from playing and teaching the sport really carries on to what students and everyone needs to lead a productive life,” Schmanski said.

On Friday, May 11th, Schmanski had the honor of throwing the first pitch at the Wheeler vs. Merrillville baseball game. He was humbled by the whole event, wowed by the amount of alumni and community members who came out.

Schmanski stated that when seeing former players interact, he could tell their conversations weren’t about wins or losses, but about the relationships they formed with each other. Schmanski has been named Illinois High School Baseball Coach of the Year and is in the Hall of Fame at Lewis University and Brother Rice High School.

After spending 20 years at Wheeler, Schmanski has watched the school and community grow. He admires the commitment from everyone from students to faculty to the community.

“The commitment to education and the well roundedness gives such depth to the school,” shared Schmanski.

Once he retires, Schmanski plans on spending time with his soon to be eleven grandkids, traveling, playing golf, and keeping up the relationships he has made through education and coaching.

Junior Corinne Miller has made a point to keep herself busy. You can find Miller running around Wheeler from before to after school. She is part of key club, student council, national honor society, freshman mentors, and the bowling team.

To Miller, community service is important because it has allowed her to connect with people in the community.

“Meeting new people and creating friendships that will last a lifetime is something I will cherish forever,” told Miller.

This past year she was treasurer of key club and will be the president next year. Adding on to that, Miller will also be the student council president.

As senior year is approaching, Miller plans to focus on her future in a medical career. She aims to attend Valparaiso University where she wants to study in their Physician Assistant program.

“Not only focusing on my studies, I’m hoping to take a bigger role for the class of 2019 and spend more time with my peers before we part ways,” explained Miller.

Leadership to Miller is making sure that everyone feels comfortable.

“I feel that my job isn’t done unless I can help someone feel better, not only in their own skin, but around others,” shared Miller.

After spending her whole life at Wheeler, it has become a family to Miller.

“It makes me so proud to be a part of the bonds and memories made here at Wheeler,” told Miller.

In her freetime, Miller bowls on a league at Hobart Lanes, spends time with her family and outdoors, and incorporates music into her life, whether it is by singing or playing the piano.