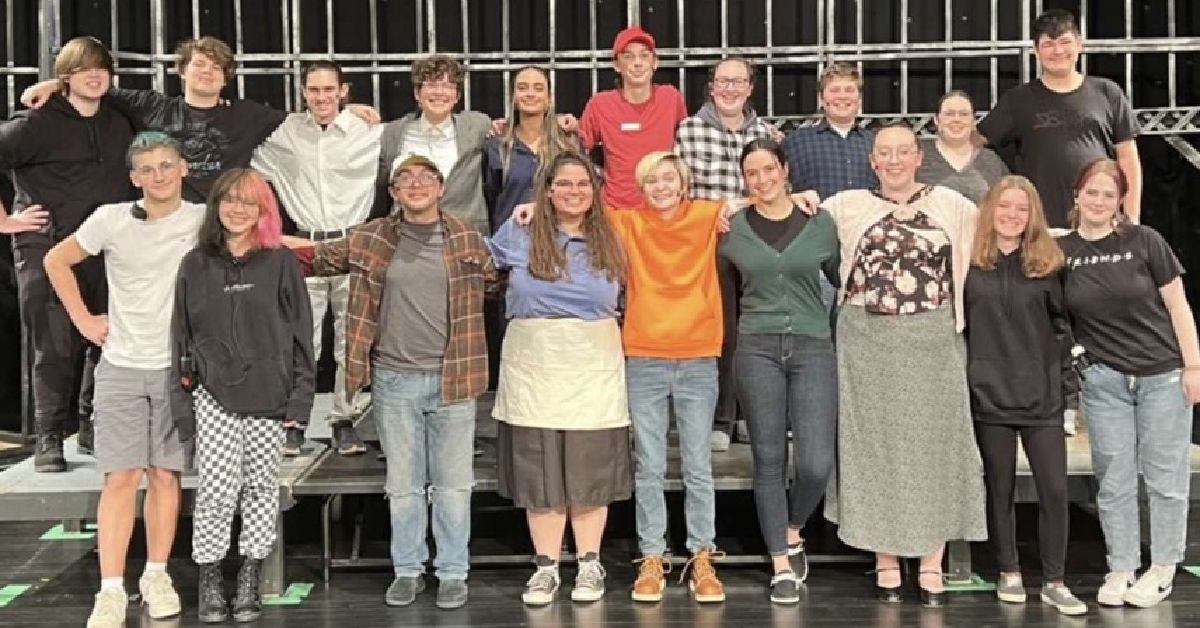 This November has been one of the most exciting months for Wheeler High School (WHS).

“Working,” directed by Lauren Makaruaskas, is based on the bestselling book written by Studs Terkel. This book is a collection of interviews from different American workers all over the country. The musical discusses the several different types of workers that we as a society don’t seem to acknowledge, including school teachers, phone operators, waitresses, millworkers, and more.

The musical was a huge success. Several students claimed that it was one of their favorite musicals that B.T.C produced.

Another thing that WHS students loved is the new cashless sports ticket option. Students and their families and friends can now purchase their tickets ahead of time on the WHS web page.

After purchasing their tickets in advance, the individual will need to show the digital ticket at the sports game entrance.  Students don’t need to purchase tickets if they are wearing an All Season Pass T-Shirt. These shirts, with the words “This Is Our House,” allow students to get into home games for free.

What makes this shirt so beneficial to students is its low price. It’s only $20 for free entrance to all of WHS’s home games for the school year. A few students have remarked on how nice the shirts are, mentioning the fact that they both save money in the long run and boost team spirit.

Meanwhile, the Bearcat Cafe has kicked off this year. The coffee shop is a program that gives students a work-based learning experience.

This shop will help with graduation pathways as well as teaching students about organization, money skills, time management, and responsibility. As of now, the Bearcat Cafe is only for high school teachers and the high school central office.

There will be a WHS food drive from December 7 to December 13. WHS students will be able to bring in food items and turn them in to their resource teachers. These food items will be given to families during Winter Break.

Additionally, the WHS academic teams are hosting a fundraiser at the Valparaiso Culver’s.

On December 19 from 4 p.m. to 7 p.m., students and their families can purchase a dine-in or drive-thru meal while also supporting the WHS academic teams. No coupons are required for this fundraiser. Simply order either online or in-person and enjoy a meal.

The French Club will be having a fête de Noël (Christmas party) on December 13 at 4:30 p.m. This Christmas party will be held in French Teacher Eric LaMagdeleine’s classroom. Anyone is welcome to join them for the Christmas party. There will be French activities and festivities, including a yule log cake.

Pep Club will be hosting a South Central Girls Basketball game. During this game, the group will also be hosting a teddy bear throw at half-time.

Students are encouraged to bring a new stuffed animal to the game to get in for free. At half-time, everyone has the opportunity to throw their stuffed animals on the basketball court.

These toys will then be donated to the Toys for Tots program.

Martin has not always been an English teacher. His teaching career started by giving music lessons for the hammered dulcimer. A couple years later, Martin began teaching screen printing at the University of Florida’s Arts and Crafts Center. He would help students, as well as walk-in customers, use the facility.

In 1994, Martin’s wife was offered a position at Valparaiso University, and they moved to Valparaiso. Martin continued his private lessons at Valparaiso while also teaching his own children.

In 2005, he entered graduate school and began pursuing a career in English Studies and Communication with a Teach English to Speakers of Other Languages (TESOL) certificate.

He was later approached by the INTERLINK Language Center and was offered a position to start teaching there part-time until he began teaching full-time at Wheeler High School.

“My inspiration for all of this could be boiled down to natural inclination,” said Martin. “I think I just like to help people learn things by sharing information, expertise, and my general joy of learning.”

Martin’s favorite part of teaching is when he sees students having fun and engaged.

“I love working one-on-one with students and helping them to solve problems or rethink things,” he said. “I love pretty much everything about my job.”

Several WHS students have said that, thanks to Martin’s amazing teaching, they can now professionally write college essays with ease.

“Mr. Martin’s Speech class really taught me how to give nice presentations,” said one student. “We have a lot of them in high school, and I’m really glad I took that class as a freshman.”

Atlas Fugate, a WHS sophomore, is addicted to music and math.

“High school has made me very interested in art and math,” said Fugate. “I’ve definitely improved, especially after being able to choose some of my math and art classes.”

It’s not uncommon for people to like math, but Fugate explained his reasoning for his interest in the subject is the satisfaction of finishing problems.

“I understand it well, and I find it really satisfying to finish a problem I’ve been stuck on,” he said.

In addition to loving numbers, Fugate is also interested in taking more musical classes. He’s really enjoying getting himself into music during his free time.

Fugate expects to begin joining some of the music classes that WHS offers in his junior year to not only improve his already amazing musical skills but to also improve himself for Low Ceiling.

Apart from his interest in math and music, Atlas can also be found learning French and attending French Club.

“I’m not really in clubs, but I go to French Club occasionally, which I enjoy,” he said.

Fans can find Fugate at the French Club’s Christmas Party this December and ask for an autograph.