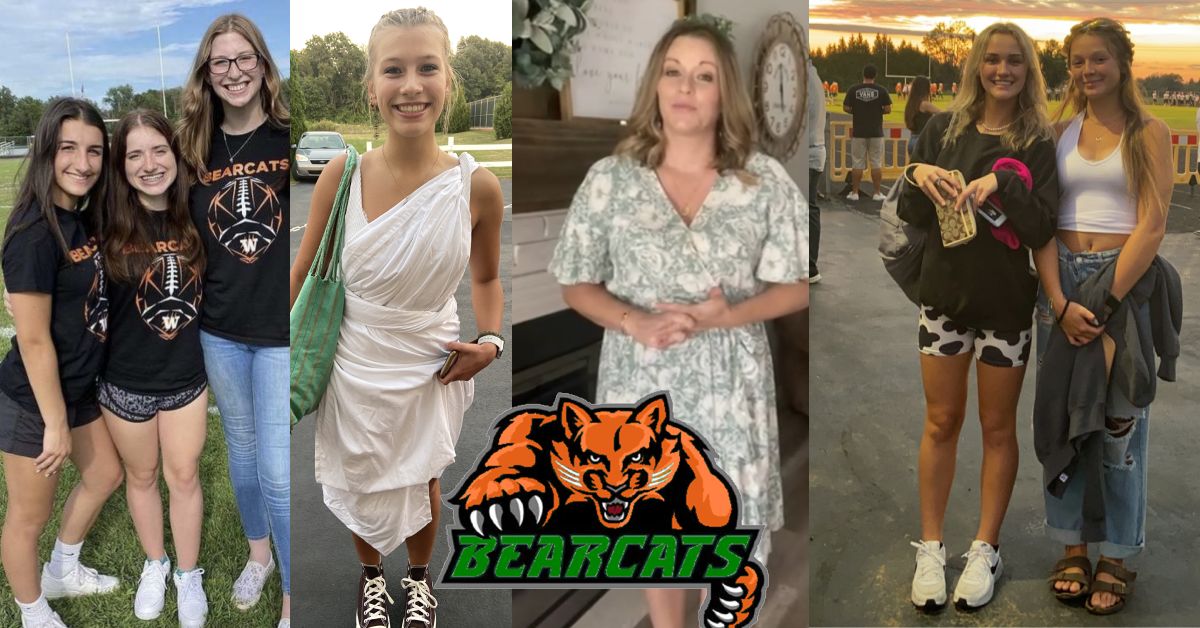 Wheeler High School (WHS) not only had its first home game for varsity football this school year but also featured its first pep theme, Toga Night.

On September 2, WHS and its students were invited to come to the football game in togas with their friends and family. The football game was WHS’s Bearcats against Calumet High School’s Warriors.

Many students and their families participated in Toga Night; one such student was Lexi Cutka.

“I love when students participate in any form of school pep. I wish we had more of these kinds of themes for all types of different sports games,” Cutka said.

Many students felt the same way, as more than half of all WHS students arrived wearing stunning toga outfits.

One WHS student even brought her college friends and had them dress up in togas.

The organization that typically decides the themes for WHS games is Pep Club. This wonderful club features WHS students from a plethora of different interests and hobbies which creates a diverse environment.

Thankfully, Pep Club’s decision to have a Toga Night inspired many individuals to bring out their school spirit and participate in this sensational event.

WHS has several exciting events planned for September. One such plan includes homecoming.

Pep Club is hosting a homecoming tailgate event right before the homecoming game. The game will be against Boone Grove on September 16, starting at 4:30 p.m. to 6:30 p.m.

This tailgate event is featuring a pie eating contest, live music, spike ball tournaments, and a bags tournament. The entrance fee is $3.00 per person.

Any student can sign up, including groups of students who want to participate as a team.

During this event there will be hamburgers that can be purchased, so students should make sure to bring their friends and family.

Another exciting event coming up for WHS is Fish Fry Friday.

This event is taking place on September 9 in the WHS cafeteria, from 4:30 p.m. to 7:00 p.m. It is an all-you-can-eat event where you have options between fish or chicken, different sides, and delicious dessert.

The cost is $16 per individual, and all proceeds that are raised go to the WHS prom.

Cora Anderson is the Athletic and Guidance Secretary for WHS, as well as a sponsor for pep club.

“It is a club that gets kids and students involved in athletic events. We want every athletic team to have some form of a support system,” Anderson said. “It makes the teams happy to see students cheering for them, even when we aren’t winning. That’s awesome.”

Having an audience to impress is a great way to boost athletic morale and encourage social activity. Plus, pep club members can participate in amazing themes such as Toga Night.

“You can come to see me in the athletic office, or see Mrs. Gibson in the main office, or even see Mrs. Mills. I do think that the more people we get, the better it’s going to get,” Anderson said.

She encourages all WHS students who are interested in joining Pep Club to reach out to her and join them for a meeting.

Anderson has been working hard to make every WHS event as fun and entertaining as possible. She wants students to interact with one another and loves to see any kind of school spirit.

Hailey Mathas is both a WHS student and a WHS football manager. How can a student be a football manager you may ask? Well, Mathas offered a small peek into what some of her responsibilities and life are like.

“I love being a football manager, although it has its moments,” she said. “Most days that aren’t Friday, us managers just have to make sure the boys have water and help out the coaches with anything they might need.”

Some of her other responsibilities include making sure the jerseys are washed, hanging up the jerseys, or simply just making sure all the players are ready for the football game.

“I think the best experience from being a team manager is being able to stand on the sidelines and just watch the team play their hearts out,” Mathas said. “You see a lot more that goes on at the sidelines than you do in the student section.”

Some of the skills needed for this kind of career include patience and dedication. Mathas is dedicated to the team and treats the football players like her family.

“One thing I will say is that the football team becomes a family at the end of the day,” she said. “I learned that in my first year being a team manager, and it doesn’t matter who leaves, or graduates, and who stays. No matter what, they are a family, and it’s amazing to watch.”