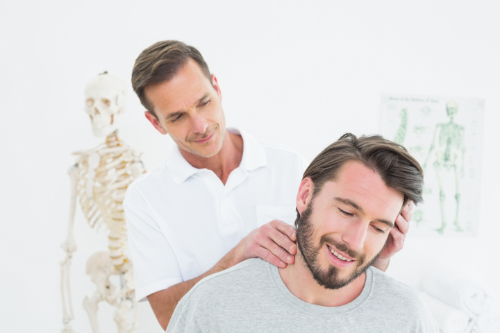 Every day millions of people use chiropractic care to help manage pain, correct certain health conditions, and to live a healthier, more mobile life – and there are some very famous faces among them. A number of celebrities use chiropractic on a regular basis. Here are three very different people with very different reasons for seeing a chiropractor.

Lance Armstrong – 7 Time Tour de France Winner
Cycling takes a serious toll on the human body. The repetitive motion of pedaling, combined with the hunched posture as the cyclist leans over the handlebars can lead to back pain, hip lock, and knee problems as well as wrist problems.

Pro cyclist, Lance Armstrong knows well the beating that a body takes when cycling and keeps chiropractor Dr. Jeff Spencer on his staff. The 7 time Tour de France winner has been quoted as saying that the chiropractor is the most important person on the team staff. In fact, in his book, Every Second Counts, he said, “The guy who put us all back together was our chiropractor.”

Dr. Spencer, who toured with Armstrong and the United States Cycling Team, has work with other pro athletes including NASCAR drivers and PGA golfer Tiger Woods. He helps keep Armstrong on top of his game.

Montel Williams – Talk Show Host
One of the most profound testimonials from a celebrity regarding chiropractic comes from talk show host Montel Williams.

In 1999, Williams was diagnosed with Multiple Sclerosis (MS), a devastating chronic disease that affects the central nervous system. It often leads to disability in many of the people who have it. The symptoms can range from mild tingling to paralysis or blindness.

He endured severe pain that affected the way he moved, including how he walked. He tried many different treatments, including chiropractic. He credits chiropractic with reducing his pain and mobility issues.

When Williams tried chiropractic for MS, he found that his symptoms decreased significantly, especially his chronic pain. Regular chiropractic treatments help him to stay active which he finds very effective in managing his disease and pain. The whole-body approach that chiropractic offers gave Williams invaluable guidance regarding diet, exercise, and stress management in addition to spinal adjustments. It has made a significant difference in his life.

Gisele Bundchen – Victoria’s Secret Model
We may never know just what Victoria’s “secret” is, but Gisele Bundchen, one of the famous faces of the brand, has her own secret to a “painless” natural birth – good prenatal care that includes a top-notch doula/midwife and an exceptional chiropractor. The supermodel, who is married to Tom Brady, made regular visits to her chiropractor throughout her pregnancy.

She “wanted to be present” during the birth of her child so she opted for a more natural approach to her prenatal care as well as labor and delivery. When it came time for her son’s birth, she said that she “felt no pain.” The birth was reportedly quick and painless.

Chiropractic has long been used by expectant moms to counteract the many changes a woman’s body experiences throughout pregnancy. When the body is in balance and the spine is aligned, it does indeed make the birth much easier.

Bundchen is not the only supermodel who believes in chiropractic though. Cindy Crawford is also a believer. In fact, her twins have been seeing a chiropractor since they were very young. According to Crawford, she included chiropractic as part of their healthcare because she wanted her kids