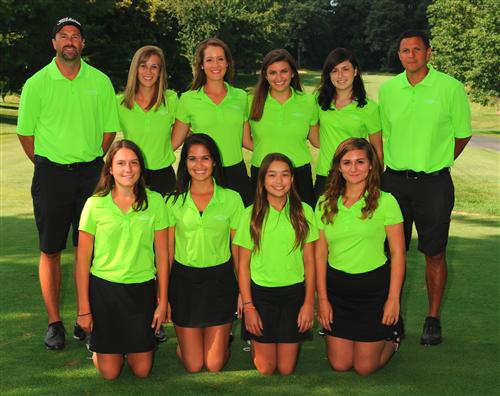 All competitors will play 36 holes over the two-day event. A total of 15 teams have advanced five golfers each and 25 individuals have moved on without their squads for a total of 100 participants representing 40 different schools. Groups will be teeing off the Middle 9 course and the Road 9 course at 8:30 am ET / 7:30 am CT on Friday. The first round tee times and pairings are available here.

After posting the tournament’s best score (297) thus far last Saturday at Noble Hawk in Kendallville to earn its sixth consecutive regional crown, Penn appears primed for its first state championship since 2005. They’ll have plenty of competition, however as No. 2 Carmel, No. 3 Valparaiso, No. 4 Zionsville and No. 5 Noblesville each qualified for the team competition as well. Valparaiso won the regional crown at Battle Ground in Lafayette, Zionsville won its first regional in team history at Smock in Indianapolis while Noblesville will compete in the state finals for the 10th consecutive year after finishing second at Westwood in New Castle.

No. 8 Yorktown is the defending state champion and hopes for a repeat performance this weekend. The Tigers finished third at Westwood on Saturday, just three strokes behind the winning No. 6 Hamilton Southeastern squad.

Among the individuals, no previous champion or runner-up is in this year’s field though five of last year’s top 10 finishers have earned their way back for a shot at the top prize. Among them are regional winners Harley Dubsky of Valparaiso, last year’s third place finisher, and Kari Bellville of Penn, who placed 10th a year ago. Others from last year’s top finishing group are Madison’s Amanda Detmer (T6th), Anderson’s Morgan Nadaline (8th) and Roncalli’s Abbey Gleixner (9th).

Others to keep an eye on include Cherise Otter of Bloomington South who won last week’s regional at Country Oaks, Karli LaGrotte of Indianapolis Cathedral who won at Westwood and Lucy Stevens of Zionsville, the winner at Smock.

Of special note, NorthWood qualified for the state finals as a team for the first time in school history after the Panthers captured the runner-up spot at Noble Hawk last Saturday. And Madison ended an 11-year drought (2002) between trips to the state finals with its third place finish at Smock, the longest span between this year’s teams with multiple visits.

All are invited to view the progress of the state finals by visiting Golfstat.com. The IHSAA will post the hole-by-hole scores for every player throughout the two days.

Former State Champions in the Field
None.

Former State Runners-Up in the Field
None.