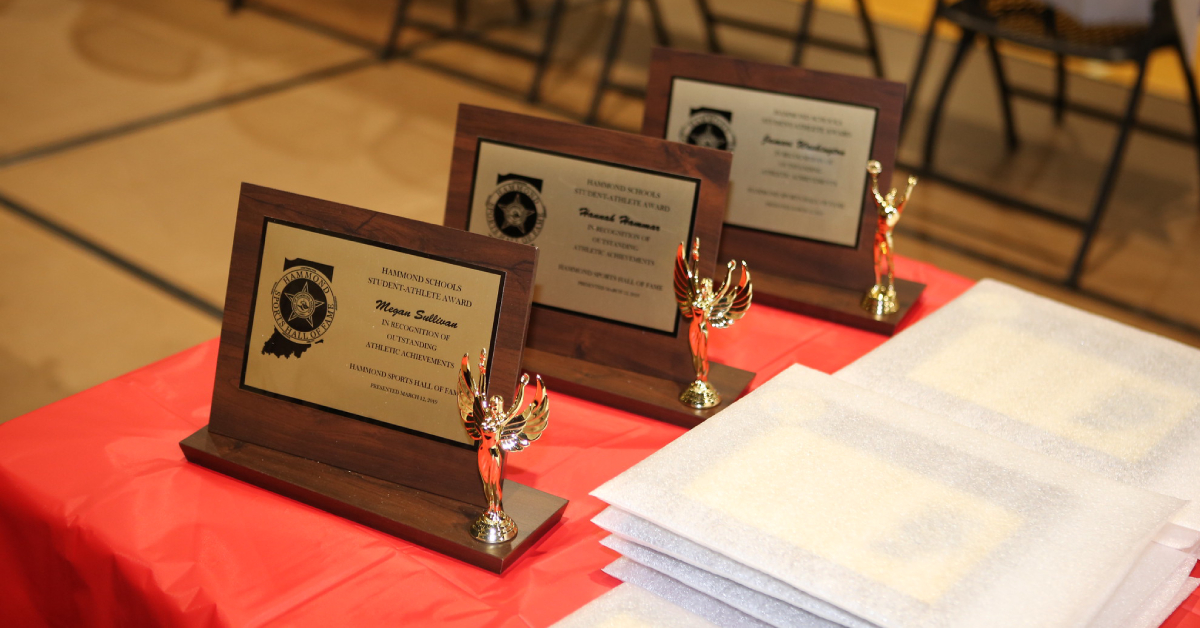 The Hammond Sports Hall of Fame will honor six individuals from the city’s proud athletic past during its annual induction dinner program, Tuesday, March 10 at the Hammond Civic Center.

Also, in this 100th anniversary year of the establishment of the American Professional Football Association, subsequently renamed the National Football League in 1922, the Hammond Sports Hall of Fame will pay homage to the Hammond Pros, a 1920 APFA/NFL charter member.

The recipients are Dawn Pawlak and Noah Maravilla, both from Gavit.

Pawlak earned eight varsity letters in softball and cross country and was all-conference in seven of her eight seasons of competition. She graduated with a 4.39 grade point average and was active in Gavit’s Natural Helpers mentorship program in service to underclass students, Key Club, Principals Leadership Committee, Student Council and Rainbow Staff. She received a softball scholarship to attend the University of Wisconsin-Green Bay, where she is majoring in mechanical engineering.

Maravilla was a football, wrestling and baseball standout, earning 11 varsity letters and all-conference recognition in all three sports. His 3.78 grade point average complemented his service outside the classroom in Natural Helpers, Key Club, Principals Leadership Committee, Student Council and Rainbow Staff. He attends Indiana University and is studying social services

Time/Schedule
Hall of Fame festivities begin at 5 p.m. with a social time. Dinner is at 6:30 p.m.; the induction program follows at 7:30.