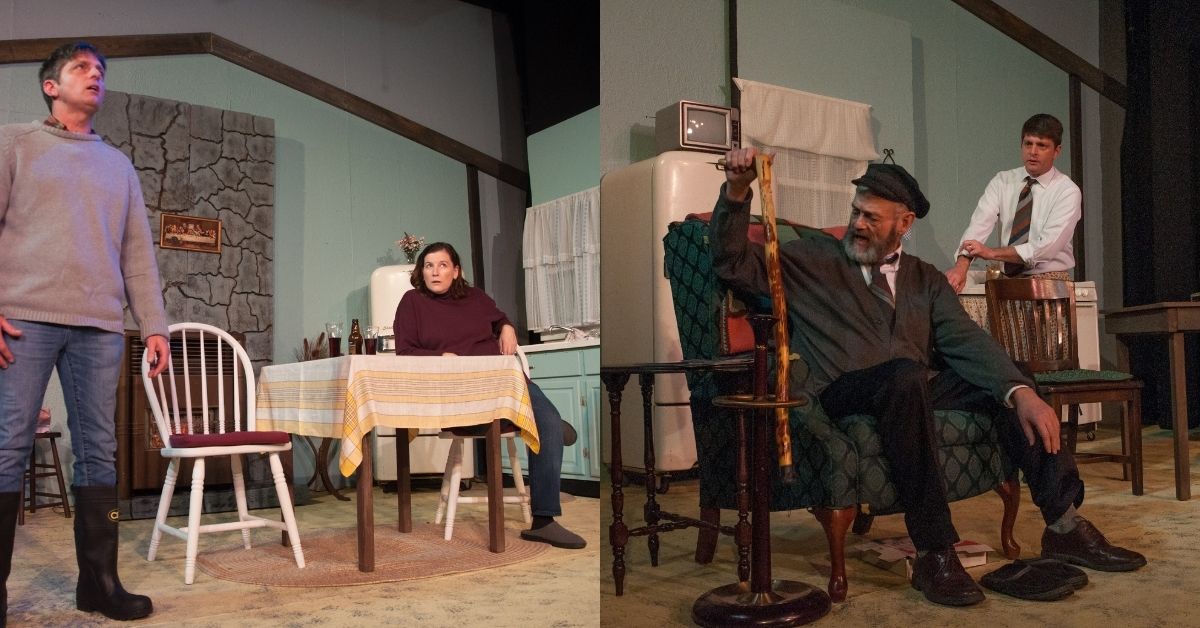 The Region is a hotspot for great local theater. Bringing people together from all over Northwest Indiana and the Chicagoland area, the Northwest Indiana Excellence in Theatre Foundation (NIETF) and the 4th Street Theater Stage Crew offer Region residents quality theater throughout the year.

Angela Heid has been the vice president of NIETF for four years. Before that, she was a regular board member. In her position, she helps with the technical aspect of NIETF productions. Heid works closely with the 4th Street Theater Stage Crew. The crew is well-known in the Region for its spectacular sets made to fit a small stage.

“We have a team of people that work really well together to coordinate the set changes in a very tight space. Whereas, unlike other theaters, we don't have a ton of space. We don't have extra rooms attached to our theater, it's just our space. It is a tiny little building that used to be a truck repair shop, so we have to coordinate the stage crew and set changes along with lighting and sound to make sure that the show is as smooth as possible and that the audience notices as little transition as possible,” said Heid.

The location that the 4th Street Theater Stage Crew uses is small and doesn't have additional storage to hide props and sets for multiple shows. Because of the limited space, the crew can only do so many shows per year.

“We have four productions a year. Three of the productions run for three weekends. Then, we have another show that runs only for two weekends. Occasionally, we'll bring in a special one or two-night event. There are plenty of weeks that appear as if we're not doing anything, but that's because we have to rehearse and build sets and do everything in the same space,” said Heid.

The stage is only 12 feet deep and 36 feet wide. To be able to navigate tight spaces and balance its' challenges requires great skills from the cast and crew.

“You have to have people who can plan ahead and are very good at Tetris to figure out how to stick as many pieces very tightly together backstage as possible. That way people can still move around some. Then, you also have to have set builders that are very creative at getting multiple uses of the same set-piece in a show. Perhaps by painting one side of a piece one way and the other side another way so that you can swap it around and use it in multiple scenes,” said Heid.

Heid recalled the 4th Street Theater Stage Crew’s production of “Outside Mullingar” as a key example of the crew’s skill at creating an amazing set in a small space.

“In ‘Outside Mullingar,’ we had our fireplace and our kitchen set on wheels. The sets were moved around the stage because, in the first act, you were in one person's house and, in the second act, you were in a different house. We rearranged those furniture pieces and swapped out curtains and artwork that was on the set during intermission. It looked like a completely different interior of a house even though the kitchen set and the fireplace in the dining room table were the same. We just changed all the decorations in about five to 10 minutes of intermission,” said Heid.

The 4th Street Theater Stage Crew demonstrates great strength as a production crew to be able to scale those stages down to accommodate its space. Heid shares some of the tricks of the trade.

“We have to figure out what is truly needed, you really need to work with the director to figure out the most essential pieces of furniture to be in the space that the actors have to have to work with. The next thing to figure out is the minimal amount of decoration you need to get the point across to the audience. The other challenge is scaling it so that looks appropriate. They often take a cabinet or a table for example, that exists and they have a finished carpenter that is good at chopping them in half so they're not as wide or deep as they usually are. On the front, they look normal, but when you look at them from the side, you can see that they're not as big as they normally are. They make things look very finished by adding baseboards and crown molding when they can because that helps make it look like a complete actual room,” said Heid.

Looking forward, the 4th Street Theater Stage Crew could use more hands to make the magic happen on stage volunteers are welcome to apply.

“We definitely need more set builders and painters. Those are skills in short supply, we also need people that are willing to teach others that haven't done stage work before,” said Heid.

Interested in seeing a show from the 4th Street Theater Stage Crew and NIETF? Come back in March to see their next show.

“We are working on 'The Importance of Being Earnest' in March. That will be exciting because there are going to be some exquisite costumes. It's a period piece, and then we're going to have the very fancy interior of a house,” said Heid.

To keep up to date on upcoming shows from the 4th Street Theater Stage Crew, visit http://4thstreetncca.com/ for more information.