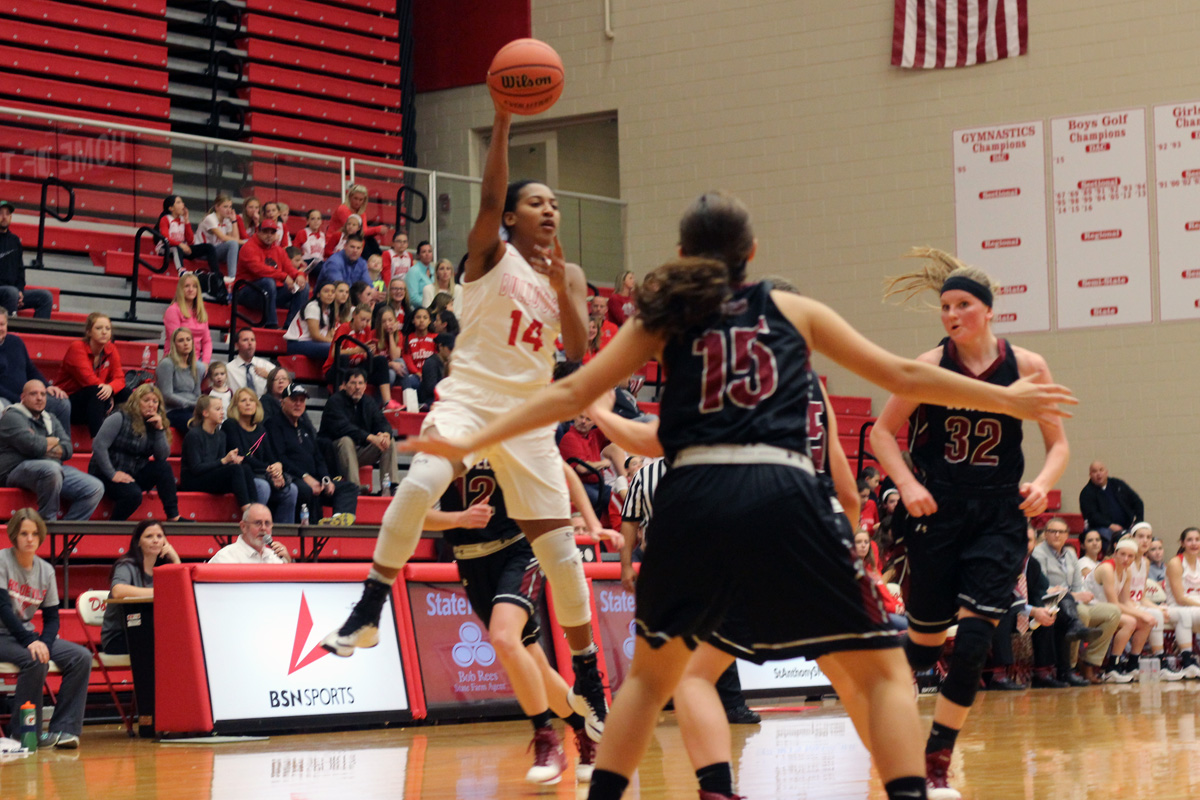 Seventy-nine Indiana high school seniors -- 40 boys and 39 girls -- have been chosen as first-team Academic All-State by the Indiana Basketball Coaches Association, it was announced Thursday (March 9).

In addition, 154 more boys and 161 more girls were recognized as honorable mention Academic All-State for 2017, IBCA executive director Steve Witty said. The IBCA Academic All-State team is a program where academic prowess and athletic prowess both are considered in the selections. Items such as grade-point average, college board scores and academic class rank are considered along with athletic performance in areas such as points per game, rebounds per game and assists per game.

"The quality of these student-athletes shows that success in academics and success in athletics are not separate entities," Witty said. "Rather, in many cases, a player's success in the classroom directly contributes to his or her success on the floor."

IBCA-member head coaches from schools across the state may nominate their seniors who meet criteria that include a 3.5 GPA or higher on a 4.0 scale, a class rank in the upper 25 percent of one's class, an SAT score of 1,100 (on the reading and math sections) or an ACT score of 24.

Once nominations are received, an IBCA committee reviews the information and determines awards for first team and honorable mention.

Those selected will receive certificates from the IBCA for their honor. Those certificates will be distributed to coaches at the IBCA Spring Clinic on April 21-22 in Indianapolis. The coaches then present the certificates to the honored players after they return from the clinic.