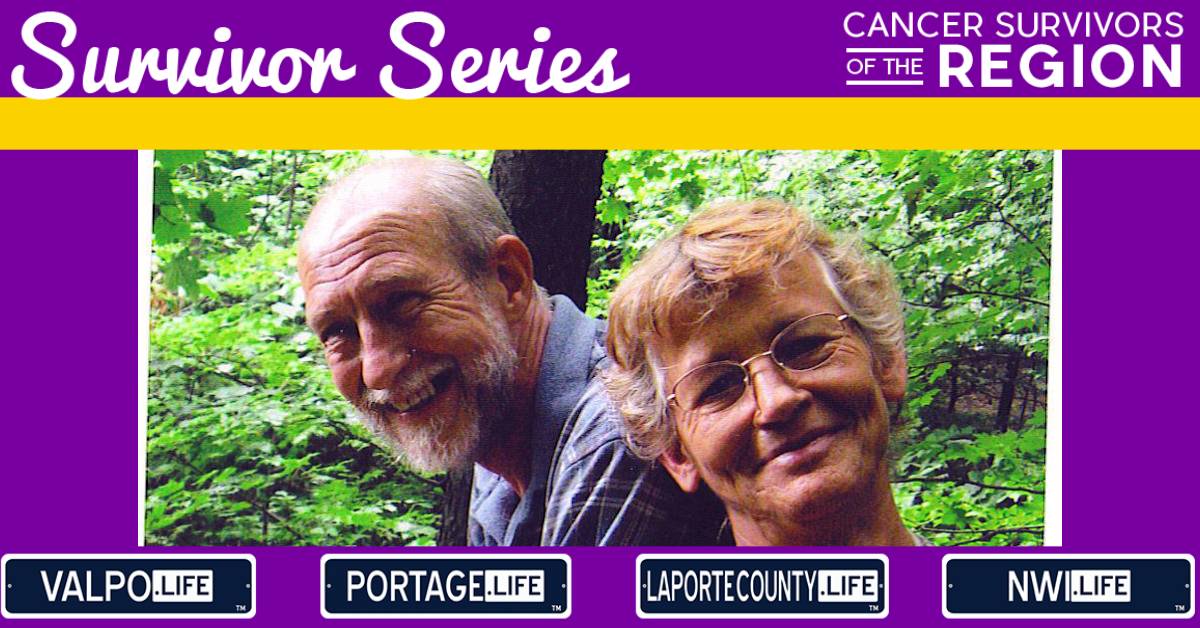 “If it weren’t for my grandson getting me sick I wouldn’t be here today,” said Jerry Swearington, who is celebrating three years of being cancer-free.

Swearington had caught a cold from his oldest grandson, Corbin, while babysitting his grandchildren. When he had trouble shaking the cold, he decided to check in with his doctor.

At the checkup, the doctor heard he thought it might be pneumonia and sent Swearington for a chest x-ray. The results showed some shadowing, so the doctor ordered more testing.

Swearington found out that he had stage one cancer.

“I’d quit smoking about two years prior,” Swearington said, “So I felt a little silly and was apprehensive to tell anyone it was lung cancer just because of the stigma.”

Swearington appreciated his wife, Patricia, children Jenny and Jim, their respective spouses Paul and Stephanie, and his extended family, who pulled together to support him in his journey through chemotherapy.

Swearington was relieved to find out he was cancer-free; he was happy to get back to his life, enjoying time with his family without worry.

“My grandkids are ornery,” Swearington said, “but I get a kick out of spending time with them.”

Swearington, Jim and Corbin spend a lot of time tinkering with hot rods.

“He is always trying to get me involved in his project cars,” Swearington said. “It’s been fun working with him on those, and now Corbin helps, too.”

Swearington also loves traveling to visit his daughter in North Carolina. Jenny is always on the go promoting her textile business worldwide.

“I’m really proud of both of my kids,” Swearington said.

With his new lease on life, Swearington and his wife of 48 years spend a lot of time with their kids and grandkids.

“I’m celebrating 72 years this year,” Swearington said, “and I feel very happy to have more time with family and friends all because my grandson gave me a cold.”