Year 2017 will mark the 20th anniversary since moving into the building located at 154 W. Chicago Street in Valparaiso. This building is the second home, the escape, the place of entertainment for the many community members who appear at its doors destined for the stage or for the audience. This is the world of the Chicago Street Theater and it is one you don’t want to miss.

For seven more months, six more shows of the 2016-2017, or the 62nd season, will still be in production. In about two months, the shows chosen for the 2017-2018, or the 63rd season, will be announced and the doors opening for the first show will be in late August.

Auditions are being presented to directors, sets are being built and painted, and the young actors-to-be are stepping onto the stage during workshop classes.

All of this “constant hub of activity,” as Marketing Director Eric Brant calls it, is taking place inside the theater on Chicago Street.

When one show comes down after three or four weeks of production, the set for the next goes up, and so on and so on. Each show is chosen by a committee of directors, actors, and board members, all pitching ideas of possible shows taken from traditional or newly written plays.

The theater is known for its eclectic, edgy, and classic representations, which includes two family productions, a Halloween show, a holiday show, a new, never-heard-of-this-before show, and of course, the end of the season Shakespeare in the Park production.

The remaining shows of the 62nd season, which overall included 10 shows instead of the usual eight, are: “Pale Dream” beginning Jan. 27, “A Year with Frog and Toad” starting March 3, “The Rose Tattoo” starting April 7, “Incorruptible” starting May 19, and “The Taming of the Shrew” starting July 7. In February, the production, “Betrayal,” will be shown in the small upstairs studio for just three days as well.

“We try to celebrate all the different forms theater takes,” Brant explained, but the staff and members go further in finding and presenting shows they truly want to display, not just the Blockbuster hits. “We try to do the quality of shows you see in Chicago, but less Cadillac Theater, with the big glitzy musicals because we don’t have the space to do big glitzy musicals. But, we can do the intimate musicals.”

The theater seats 129 audience members, with tickets sold in person at the box office or online. Each production features volunteer actors and directors, which is how Brant first became affiliated with the theater. He was a volunteer, then an actor, then a director, and now keeps behind the stage helping with the sets and managing the crews.

He is proud to help market the shows of the theater, which can also be a challenge, he said.

“We have the reputation of being the group that does the edgier shows, the ones that people have never heard of before,” he said. “But that gives me the challenge to get people amped up about a show they are not familiar with.” 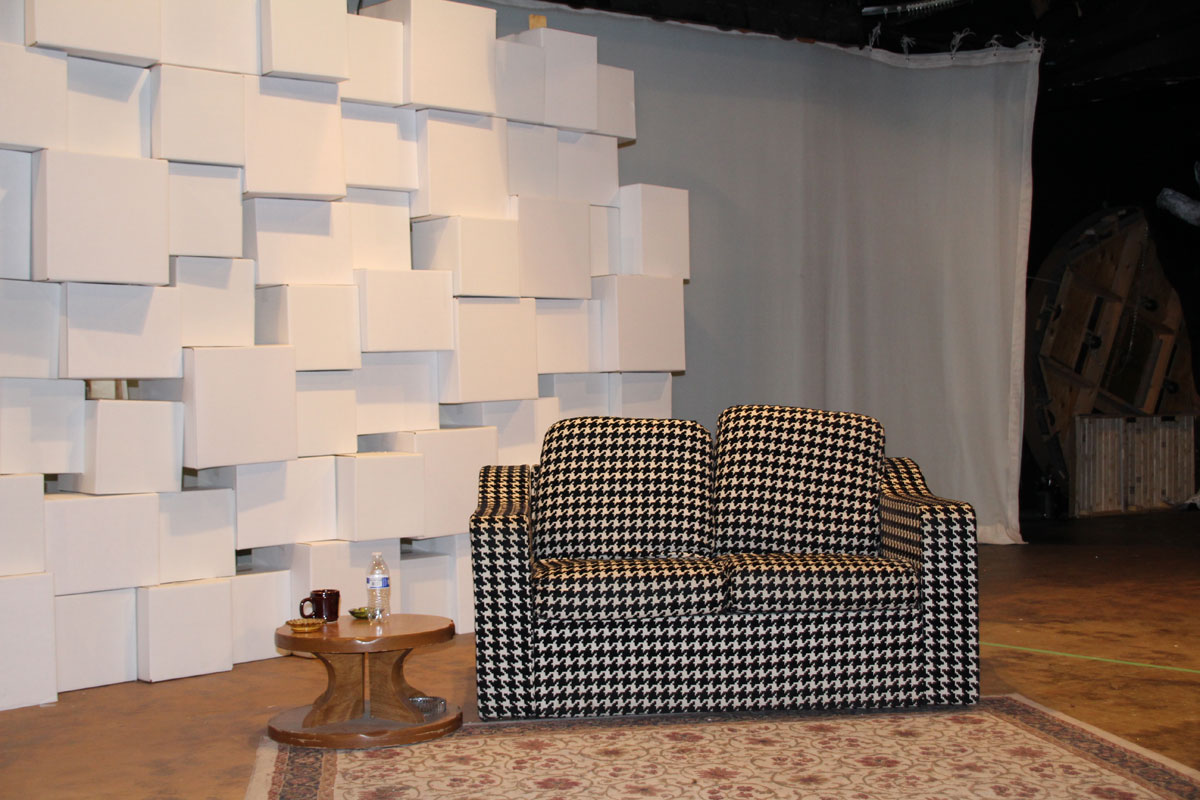 However, the unique shows offer one large advantage: not competing with the other Northwest Indiana theaters.

Brant says it can be difficult to receive enough auditions for a large cast, especially when Chesterton’s 4Th Street Theater just produced a very male-heavy cast for example. There is some competitiveness among the local theaters, when actors choose to try-out for a bigger part in a different theater than continuously acting for Chicago Street and vice versa, Brant explained.

Yet, each theater has its own specialty designed for their community. For Chicago Street, one of those specialties is the annual Shakespeare in the Park production. The sixth play this summer will be “The Taming of the Shrew,” which will play outside in the park for two weekends then will move back inside to the theater.

“The park is all about the park experience,” he explained. “You experience Shakespeare under the stars like it was done back in the day.”

The Shakespeare plays are gifts to the community and ways the theater can share their work with the community, Brant said.

The theater is constantly sharing their gifts with the community in the form of year-round lessons for kids in grades kindergarten to high school.

Registration for the winter workshop classes are open for enrollment now and are run throughout January. The spring session will open registration February 1. These classes are overseen by Lisa Formosa-Parmigiano.

This Saturday, auditions for “A Year With Frog and Toad” and “The Rose Tattoo” will be this Saturday at the theater from 10 a.m. to 1 p.m.

Sixty-three seasons, a countless number of volunteers, and one large community to support it. When you’re at the Chicago Street Theater, you’re sitting in a seat meant for the community. A seat front and center in a unique and exciting hub found in Northwest Indiana.

“There isn’t a bad seat in the house,” Brant confirmed.