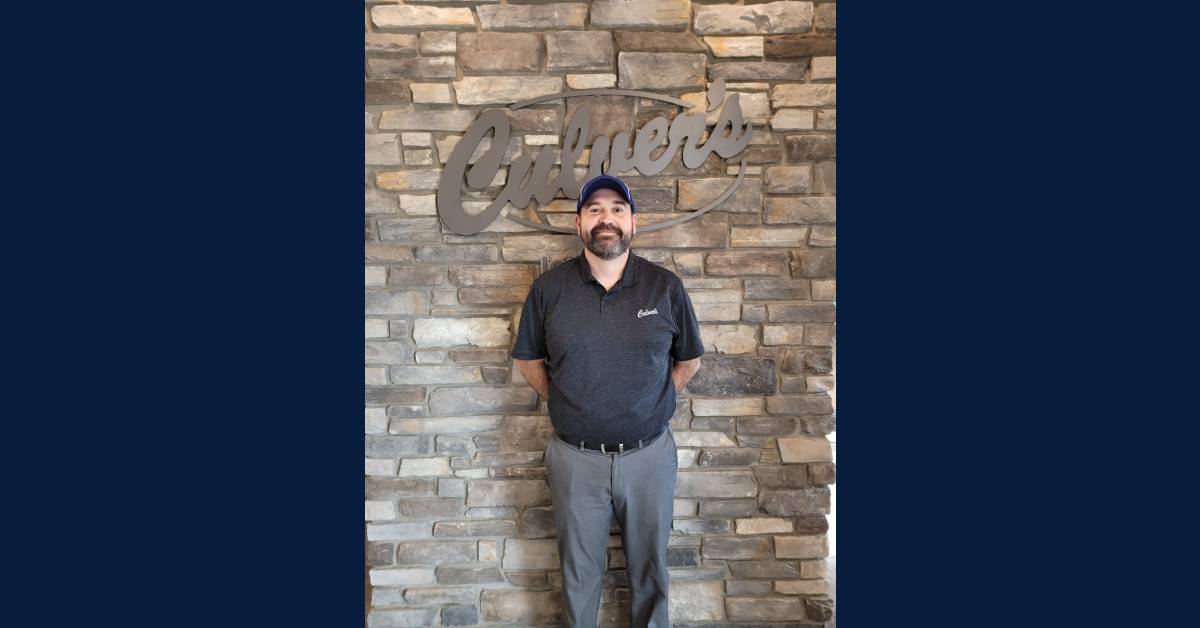 While Keith Remington did not become the Formal Operator at Culver’s of Valparaiso until September of this year, his journey with Culver’s began nearly a two decades prior. Remington started out as a shift manager at the Culver’s of Portage, WI, in 2002. In 2004, he became the general manager, and in 2006, he purchased his own Culver’s restaurant in Kokomo, IN.

The owners of the Portage Culver’s wanted to expand and offered Remington the opportunity to purchase the Kokomo Culver’s in partnership with them. Remington took him up on the offer and moved from Wisconsin to Indiana. Athough he is clearly committed to the Culver’s franchise, this devotion was originally not his long-term plan.

“When I got into it, I didn’t know exactly what to expect, but knew that I needed a job until I could figure out what I wanted to do,” Remington said. “Once I got into it, it seemed to be a job that I was decent at, and I really enjoyed it. I got along with the team and the owners, and it blossomed into something more.”

This clear direction led him to purchase Culver’s of Valparaiso this September, which is his 14th restaurant over the last 18 years.

“Valpo is awesome. It’s a great group of team members, managers, and guests. It’s been a pleasure of mine to take over a restaurant that was operating in such a way that made the transition super easy,” Remington said.

In his future at Culver’s of Valparaiso, he looks forward to fostering personal, team, restaurant, and community growth.

“I’m hoping to create an avenue for others to do what I was able to do,” he said. “You come in and you don’t know what to expect, and this can be a great opportunity for them to learn and work hard. I’d love to give those same opportunities to the great managers of the Valparaiso restaurant.”

As for community growth, Remington seeks to serve the community intuitively according to the community’s specific needs. He constantly tries to find more ways to better the community and particularly enjoys finding ways to give back to kids through different children’s programs in the area.

When Remington is not on the job building up his team, interacting with guests, and serving kids in the community, he enjoys all things active. He can often be found boating, camping, or hiking in Michigan with his family and said that his children are all involved in sports.

To learn more about the community-oriented team at Culver’s of Valparaiso or recommend an organization for them to partner with, visit https://www.culvers.com/.