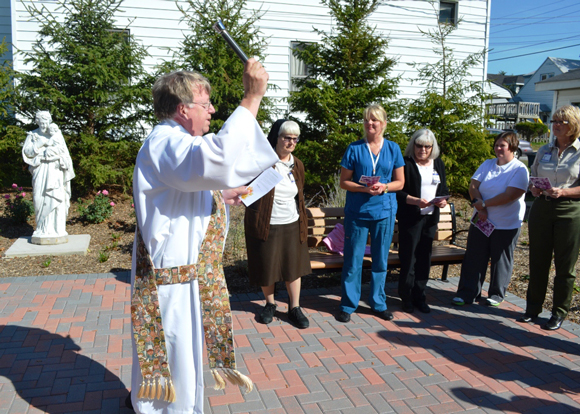 Deacon Bill Walsh, a chaplain at Franciscan St. Anthony Health-Michigan City, officiates at a blessing and dedication ceremony Oct. 11 for a new employee and community garden area, created through free-of-charge efforts of Tonn and Blank Construction of Michigan City and Lakeshore Landscaping of Valparaiso, across from the hospital at Wabash and Ripley streets.

The site formerly was the location of a hospital-owned house that was used as a priest residence and later for offices and storage before it was razed more than a year ago. 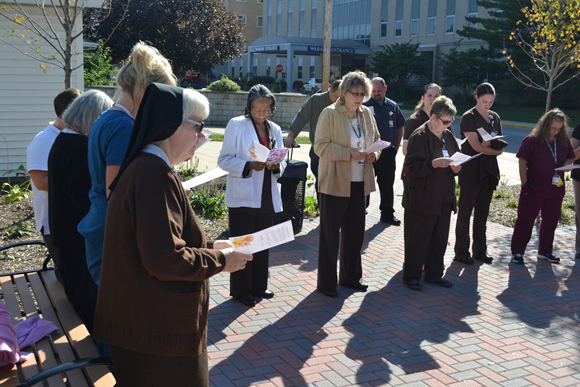 Bill Beven, hospital director of facilities, and Sister Marcene Franz said at the ceremony officials decided to transform the site into a place for rest, reflection and recreation for employees and the public. It is equipped with park benches and a picnic table and is adorned with statues of St. Francis and St. Joseph (shown) that were relocated from the hospital grounds by Tonn and Blank.