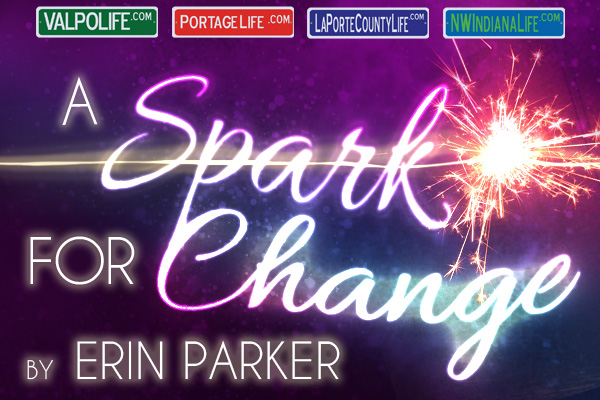 I have lived in La Porte my whole life. The amount of times I have been asked what a Slicer is has reached an astronomical number. Teams have tauntingly chanted it across gyms, and people from places I have visited have innocently inquired about our unique mascot. I would gladly regale others with the story of the local meat slicing company generously donating money to our school, but I feel now I know the reason La Porte has the Slicer mascot.

Let me back up a bit. We all know about the story book success of our football team. The Cinderella run through the state tournament has caught the attention of so many, but more importantly, it has brought together a community. The football team has just set fire to a swelling sense of community pride after a state championship from our marching band, state appearances from our cross country teams and incredible academic successes of our Slicer students. Orange and black has colored the city. Businesses have changed their signs, and Slicer posters are strewn all over town. In each tournament game, the Slicer fans have outnumbered the opposing team.

Flashback to Friday night. The stadium rocked with chants of “We are LP.” The #26 flag waved behind the team. A group of young men gave everything they had every single play. Slicer fans sent high fives up and down the rows with every great run or catch. Tears fell as the last second ticked off the clock as a dream had been realized. A town stood around a team and coach to listen to a heartwarming speech. Fire trucks and a squad of police cars led back the chartered bus of hometown heroes. Lincolnway was lined with cars honking to welcome our boys. Fireworks lit up the sky over Kiwanis Field. As the last pop of the fireworks shook my body, I realized why La Porte was given the Slicer name.

We can’t be defined. A Slicer epitomizes everything we strive to be. A Slicer is Jake West, who impacted and brightened the lives of so many. A Slicer is Joe Swanson, who passionately leads the student section and cheers on his friends. A Slicer is Julia Jongkind, who dedicates an unbelievable amount of time to lead her band to levels of greatness. A Slicer is Ben Tonagel, who inspires an entire school to be better than they were yesterday. A Slicer is Brett and Julie Schroeder and Courtney West, who have exemplified grace in tragedy. A Slicer is Blair Milo, who supports and pushes her community. A Slicer is Danny Streiter, who graciously sets off an amazing firework display to celebrate a moment of Slicer history. A Slicer is Brenda Cooper, who loves her students and gladly leads pep rallies, rides fan buses and is at every game. A Slicer is Matt Otwinowski, who fights for his team even after he himself has dealt with unthinkable loss. A Slicer is the stadium full of fans who would travel any distance to encourage their boys in good times or bad. A Slicer is Kate Ulmer, who was sick with a fever and unable to play with her team but still travels to South Bend to be at the game, a box of Kleenex sitting in her lap. No mascot could ever encompass all of that. Slicers, collectively, are what we should all aspire to be.

I implore you, my fellow Slicers, to believe. Believe that this weekend we will officially be the home to two state champions this school year. Pack up the car and make your way down to Lucas Oil Stadium and support this incredibly inspirational group of men. Let’s show Indy exactly what it means to be a Slicer.