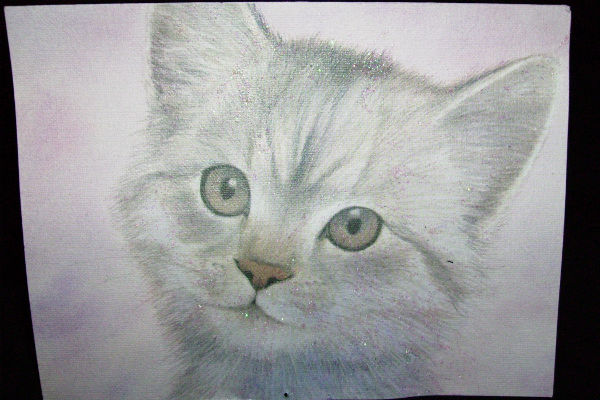 Here’s an example of when good things happen to good people.

Melissa Hyatt, a native of Valparaiso, had a situation on her hands. She was raising her teenage granddaughter on her own, her furnace went out and the two of them had spent last winter in a house without heat. With the cold weather lurking just around the corner, Hyatt wasn’t sure how to face another season without heat. Although these were not her only concerns, they were enough to tip the scales.

As is often the case, fate smiled on Hyatt in form of a kind-hearted group of souls who just so happened to hear of her plight. Allen Kent, owner of Kent Heating and Air Conditioning in Valparaiso, IN received a phone call from Valerie Martinez with Porter County Aging and Community Services.Martinez told Kent about the dire straits Hyatt was facing and her story tugged at his heart.

“I called the client right after we hung up and made arrangements to meet at her home a few hours later to do an assessment,”Kent said. “She welcomed me into her home and I could see the furnace was extremely old and did not operate. Upon inspecting the duct system in the crawlspace I noticed excess duct leakage and knew that some duct repairs could easily save her 25% on her HVAC gas and electric usage in addition to her 35% gas usage savings by upgrading the furnace.”

As Kent thought about what was needed, he also realized the impossibility of Hyatt purchasing a new furnace. It was at this time that Kent pictured Hyatt’sbright young daughter trying to study in a house without heat. The thought was sobering. He then thought of his own children and what it would be like for them to be in the same situation. That sent him into action.

“After leaving I called Andrew Wingate, my Territory Manager at Lennox Industries, and Andrew had the answer the following day I was hoping for. Lennox generously donated a 92% AFUE gas furnace for her home! Next I called the client, shared the good news with her, and set up the installation,”Kent said. “She was sure excited to hear that this ongoing burden going into winter was off her shoulders, especially in light of the others she bears."

The installation was scheduled shortly after the initial inspection. Upon arrival, Kent and his crew (Darrel Sheeley, Will Jun, and Brad Hunter) were greeted warmly by Hyatt. She presented them with a thank-you card (photo above is the front cover of the thank-you card) that expressed her bone-deep gratitude. Kent told me that it was the best thank you card that he or anyone at Kent Heating and Air Conditioning had ever received.

The installation of the furnace as well as duct work repairs to another room were completed quickly and efficiently in one day. Now all parts of Hyatt’s home are well heated and comfortable for both her and her granddaughter.

It’s refreshing to know there are kind-hearted people who look out for others in need. It’s even nicer to know that these people are all close by. Sometimes the worst times bring out the best in people.

Kent summed it up best with this statement, “That’s a situation a person could never walk away from and humbled me deeply knowing how blessed many of us are.”