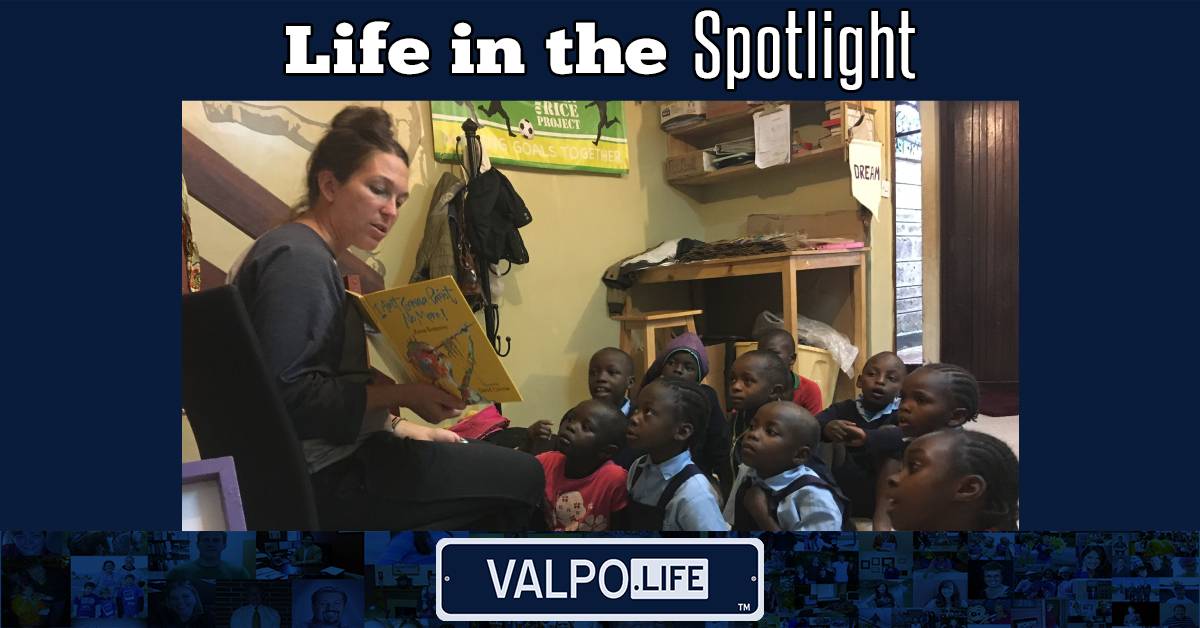 Led by faith in God and a call to help, Amy Ahiga quit her job as an art teacher and moved  to Kenya. She went to help change lives, and inevitably her own life was forever changed. Even in the most extreme poverty imaginable, she found that the people were still kind and generous

“I believe we are supposed to share what we have with others and help them find opportunities,” said Ahiga, Co-Founder of Grain of Rice Project. “When you look around and see the poverty and the need, it’s overwhelming.”

Ahiga longed to help her Kenyan friends, but the problem was gigantic, and she was just one person. When she returned to the United States, it did not feel right to enjoy every-day luxuries while those she met in Kenya were struggling to live. She had many eye-opening experiences, like the lack of running water, shacks for housing, and people living on less than a dollar a day. As a former educator, Ahiga was saddened that the children never had any books.

“Overall, the education here is good, and we take it for granted,” Ahiga said.

It became clear that in order to make a significant, lasting impact Ahiga needed to equip Kenyans with the ability to help themselves. In 2013, Ahiga and her sister Ashley Swanson started the Grain of Rice Project. The non-profit seeks to empower Kenyan people to become self-sufficient through education, training, and employment.

“I asked a group of kids what they would change in their country, and a little girl said, ‘I would make it so the rich and poor were the same.’ I told her she is important and does matter,” Ahiga said.

Grain of Rice Project supports the Kenyan people in numerous ways, like providing a world-wide platform for Kenyan artisans on their website. A big undertaking now is building a primary school. As a former educator, Ahiga believes empowering the Kenyan people starts with education. Access to education can be limited in Africa, and many children do not get the opportunity to learn.

“The value of a quality education reaches beyond the boundaries of understanding,” Ahiga said. “Change comes from within. I’m not going to go change Kenya, they are going to change it themselves armed with the power of knowledge.”

The new school will increase the number of children Grain of Rice Project serves by more than 150 and be a place where Kenyan teachers can be trained.  It will also be a safe haven for some children to live. So far, more than $33,000 has been raised, but $467,000 is still needed to purchase the land, buildings, and equipment.

“It’s more than just the building, it’s about what happens inside,” Ahiga said. “If you educate kids, they grow up to become leaders.”

Ahiga was inspired by the piece in Mulan, where the Emperor says, "One grain of rice could tip the scale and be the difference between victory and defeat." The quote gave her the courage to tip the scale in the right direction for the thousands of impoverished people living in Kibera, Kenya. It also gave the non-profit its name.

For Ahiga, the original idea has grown in ways that her husband, Edwin, and her sister never dreamed and all of the glory goes to God. “I am just one piece in the catalyst for change,” Ahiga said.