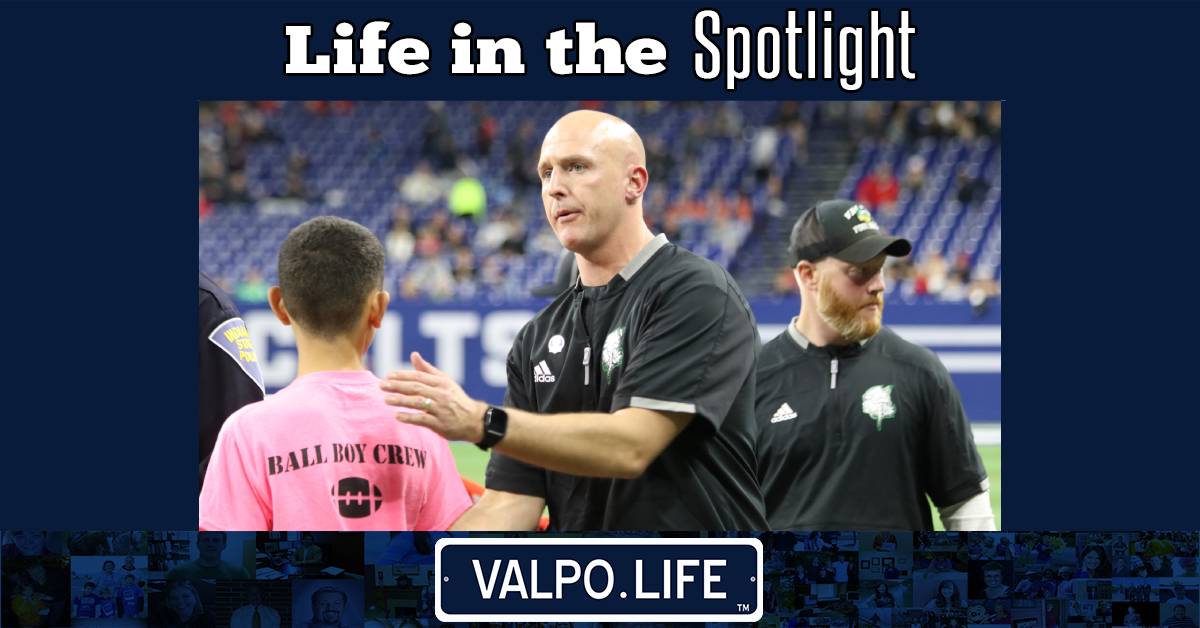 The grind of a football season can be a long and difficult challenge. The life of a football coach is a 365-day-a-year job, but most are happy to answer the bell, especially Valparaiso High School head coach Bill Marshall. And especially this year.

Football has been in Marshall’s blood since he was young. He has played most of his life, and his father and brother are to thank for that, as his brother coached his Pop Warner football team when he was young. No matter the age or situation, Marshall did everything he could to be around football.

“My favorite thing to do when I was younger was being the waterboy on my brothers' high school team,” Marshall said. “Sometimes there was nothing better than being part of this game.”

Marshall found his way to Valparaiso in 2001, where he attended Valparaiso University playing on the football team all four years. After graduation, he did what seemed right and took a position as a Graduate Assistant Coach at the University. The next year, he started teaching at Flint Lake Elementary and joined Valparaiso High School’s football staff. He hasn't looked back since.

“I am just really grateful to get an opportunity here,” Marshall said. “The other coaches and staff are great, and the players just gravitate towards them. It's great to be part of a wonderful team and community.”

Football involves so much more than what you do on the field. It’s about teaching kids about life, too.

“Our main focus is the kids. We are a player-first driven program. We love these kids and want them to know that, even after they leave.”

“We want to teach them how to not just communicate with us, but with one another,” Marshall said. “We are helping them not only grow into better leaders, but better men. The most rewarding part is seeing this group accomplish things and see their hard work and effort come together.”

This year, Marshall led the Valpo Vikings to the State Championship game, where they came up a few points short, but enjoyed the experience of a lifetime. The accomplishment came on the heels of last year’s trip to state semi-finals, and Marshall said both experiences have solidified the team as an extended family and affirmed his appreciation for community support.

“I love seeing all the excitement we have brought to the community,” Marshall said. “To see the town go green is truly amazing; The support was amazing. When we left for state, people stood out of their cars and on the street cheering us on, one of the greatest sights I have ever seen.”

Marshall and the team have done their fair share to give back to the community. He has helped Pop Warner football, and the team has worked closely with Hilltop House, collecting more than 1,000 pounds of food.

“It’s great for the kids to get out there and be part of the growing community,” Marshall said. “We want to do all we can to give back. The more outreach we have the better.”

Even with all his success, Marshall is quick to give credit where it’s due.

“My wife is just as involved with the program as anyone,” Marshall said. “She has taken on so much and has been great. She loves this team and all these kids and wants nothing more for them than success.”

Marshall gives a heaping amount of credit to his team.

“We are extremely blessed with the type of kids we have. On the field and off the field, they are full of high character,” Marshal said. “We are looking forward to the things that will come.”