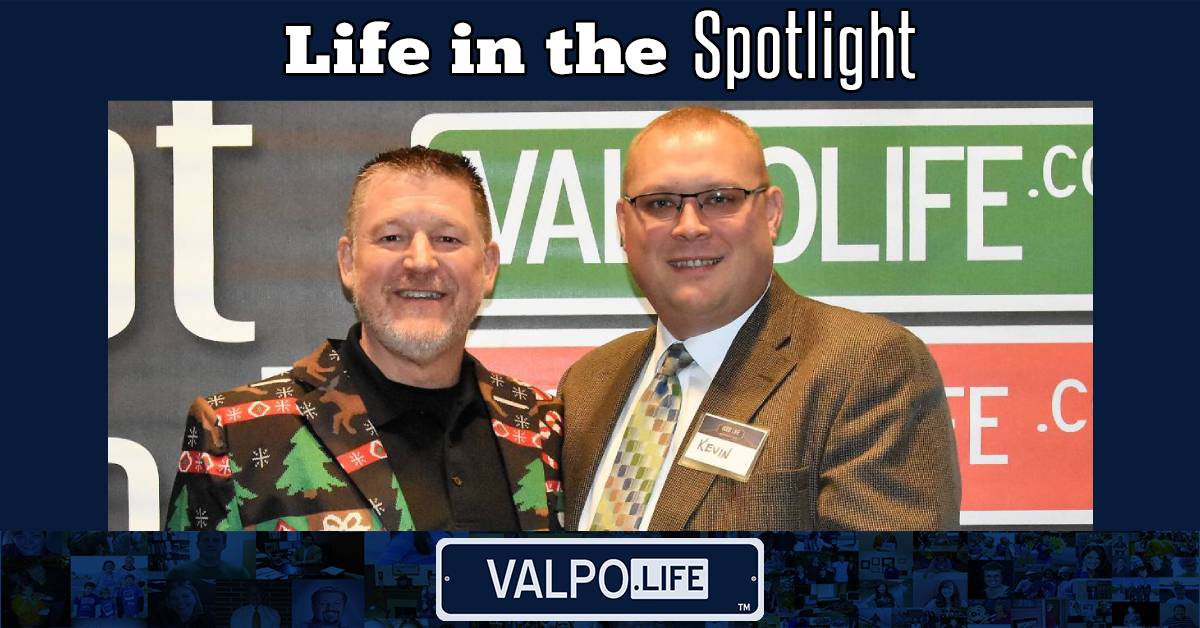 As the saying goes, when the going gets tough, the tough get going. It’s a great segue to introducing Kevin Kosek, Vice President of Marketing and Business Development for REGIONAL Federal Credit Union.

“When they first hired me as Director of Marketing 14 years ago, it was an exciting time to take on this task,” Kosek said. “I’ve always wanted to be in marketing, and it has been an honor to help REGIONAL Federal Credit Union grow its brand and make a footprint in Northwest Indiana.”

While Kosek has certainly helped the company grow over the years, he said the people there have had an equally influential impact on his life as well, including current CEO Jill Banning.

“Jill is one of those people who believed in me early on in my career,” Kosek said. “I made mistakes and she helped guide me through those so I could learn from them. She is a prime example of a true leader, and it goes to show just what you can accomplish if someone believes in you.”

Kosek also has had outstanding personal mentors in his father and grandfather.

“They are both great men, just great examples to be around growing up,” Kosek said. “I got to see and learn from both their mistakes and their successes.”

Kosek loves passing down the lessons he’s learned throughout the years to younger generations in his role as football coach for Thomas Jefferson Middle School.

“I know what my own coaches meant to me growing up, and I think that is a crucial component that I want to give back to the young men and women on my team,” Kosek said.

“It takes a village to raise these kids,” Kosek continued. “Parents and teachers play a role, and you can easily add coaches to that mix as well. I like to be that role model for them. I’ve been coaching for nine years now, and this is something I hope I get to do through retirement.”

When he’s not working or inspiring young athletes, Kosek spends as much time as he can with family and friends.

“There are two things I absolutely love: being with my family and coaching football,” Kosek said. “I have a blast just hanging out with my wife Krista and our two daughters Elizabeth and Hannah. My wife is my high school sweetheart and she is also the fire inside me. She understands that I want to be involve and make Valparaiso a better place for our children and everyone else who lives here.”

One of Kosek’s favorite places to spend a day with his family is a good old-fashioned baseball game.

“I love the Chicago White Sox. My oldest daughter is a great softball player and loves it as well. When I think of a few moments in my life where I feel totally blissful, it’s when I’m just watching a good baseball game with nothing else going on in my brain,” he said.

Kosek embodies a positive life outlook that allows him to always stay true to his goals and beliefs and overcome any challenge life throws his way.

“Your problems are what you make of them. I’m a positive person, and I try to not let external influences affect me and who I am internally,” he said.

Kosek makes it a point to project his innate positive nature into the world.

“My motto lately has been: do no harm,” Kosek said. “I think sometimes we tend to jump into things prematurely and end up making a situation worse, so I really try to evaluate things and see what the best decision is.”

“Some days are easier, and some days are harder,” Kosek continued. “In the end you need to just keep moving forward, with a smile.”