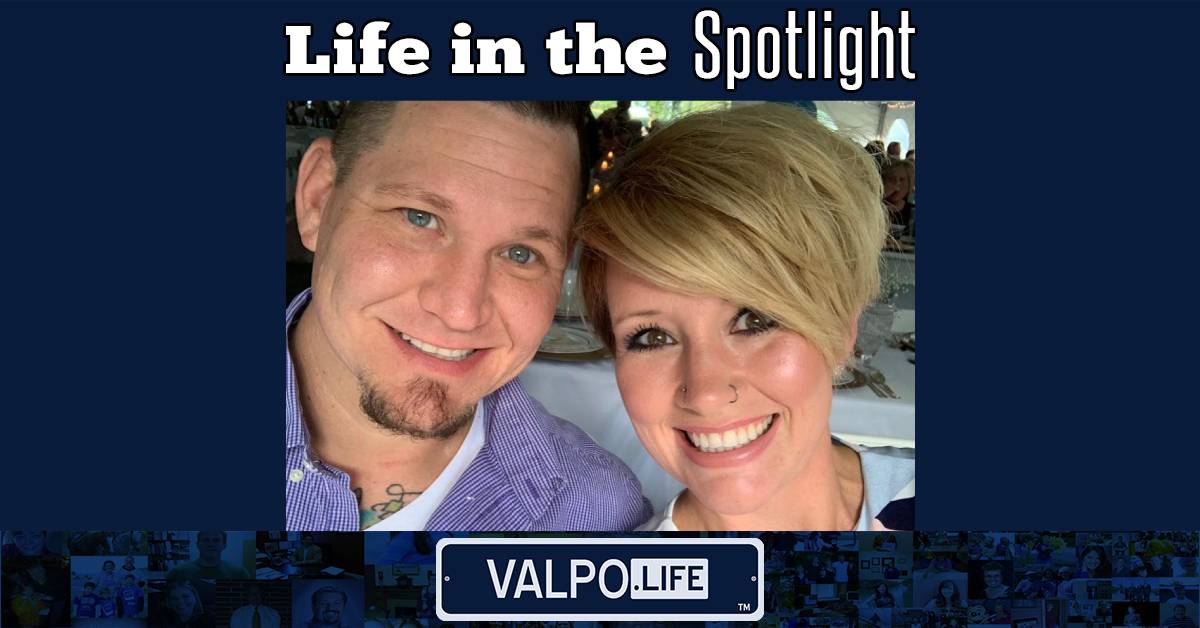 “Losing 85 pounds is a lot. In that physical change, I could not even recognize the person in the mirror.”

This is what Valparaiso resident Melissa Martin had to say about her current lifestyle, which has been a tremendous factor in her process of self-development for about a year.

Martin is a wife and mother to two 4-year-old twins, who keep her motivated throughout her days. She and her family are involved in a local church, and Martin said she keeps busy with what she considers typical life things.

“I’m a very simplistic person,” she said. “I’m not really one to look into things that are going on, but if there’s something around town, we try to get there. We like the splash pad in the summer, and we are talking about the ice skating in the winter.”

On top of the busy life of being a wife and mother, Martin strives to maintain a physically and mentally healthy lifestyle.

“I’m working on trying to change some of the negative things about myself, like negative self-talk and mom guilt,” she said.

Martin said she has been on a journey to lose weight for most of her life.

“Before my husband and I got married, I started boot camp and lost 75 pounds,” she said. “But then after we got married and I got pregnant with twins, I gained 100 pounds. Then a year later I had a back surgery, and not long after that I had my gallbladder taken out.”

“I realized I needed to do something for myself to be healthy for my kids,” she said. “So I started the keto diet last March.”

Keto is a high-fat, medium protein, low carb diet. A keto diet typically includes foods and ingredients like avocados, olive oil, nuts, and seeds, and no breads and beans. She often eats salads with ranch dressing and black olives, and various chicken recipes with cream cheese. She also practices intermittent fasting, which means she usually has her first meal some time around Noon or 1 p.m.

“I have to keep it easy with the kids,” she said. “Since I’m not a big cooker, I always need quick and easy meals.”

Martin said the diet has had a massive positive effect on her general outlook on life.

“I don’t feel people are as connected as they used to be,” Martin said. “So I use my social media as a platform to tell people where I’m at in my journey.”

“I think that mental health is a topic that is just as important as physical health and your eating habits. I know there are others out there who are struggling, so I like to encourage people to think about things in a more positive way and be grateful for where they’re at in life instead of focusing on the things they don’t have.”

Martin’s main focus is to be kind to everyone, something Ellen DeGeneres often says. She wants to harness social media to inspire people to share their own stories and to further promote a positive sense of community. At the same time, she wants people to understand that maintaining both physical and mental health is absolutely crucial on the path of self-development and improvement.

“People think that everything changes when you lose weight, but that’s not true,” Martin said. “It’s an inside journey. People think that just because you have a new physical appearance, you’re a different person.”