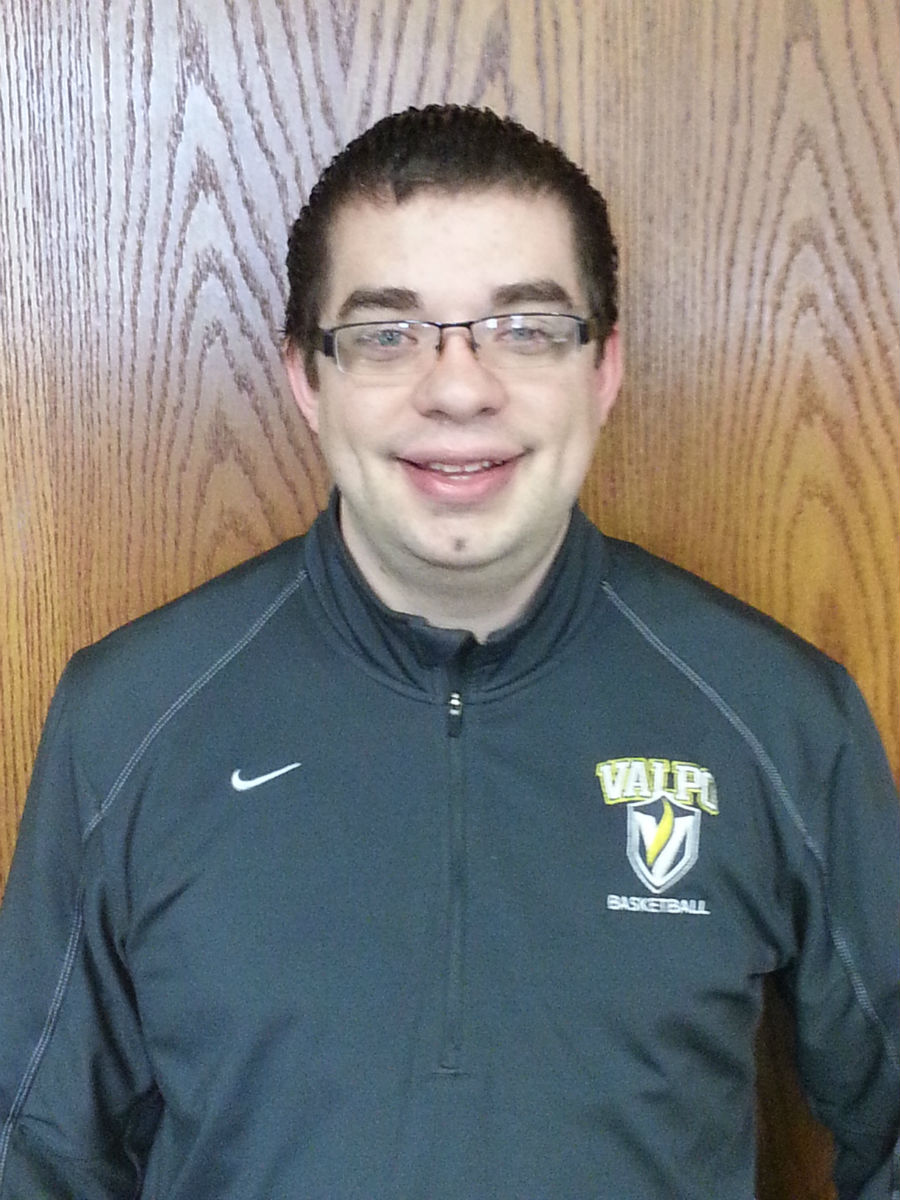 Growing up in a Lutheran church in upstate New York, Aaron Leavitt had heard about Valparaiso University.

His youth pastor attended the school, as did other members of the congregation. But there was one singular moment that put Valpo on his radar.

"It sounds kind of cliché but the one thing that really helped was 'The Shot' (when current head Valparaiso men's basketball coach Bryce Drew hit a buzzer-beating 3-pointer to beat Ole Miss)," Leavitt said with a laugh. "I was, obviously, a big sports fan growing up and would always watch the NCAA Tournament. 'The Shot' happened right around the time that I started looking at schools."

Leavitt visited campus and felt the size of the school and community suited him perfectly, so he enrolled. He worked as a student aide and student assistant in the school's sports media relations department and, in 2006, graduated with a bachelor's degree in sport management. After a brief stint at the Mid-Continental Conference (now the Summit League) office, Leavitt cut his internship short to return to Valparaiso's sports media relations office.

It happened by chance, as Leavitt was attending homecoming events the fall after graduation. One of his former bosses was leaving for a new job opportunity, and the position was offered. He accepted immediately.

"I knew, I think, at that point how comfortable I was with the community because there was no hesitation on my part," Leavitt said. "I like the size of the community. It's not too big, but you've got kind of a city feel when you go downtown and you've got a lot of stuff to do."

Leavitt is now the assistant director of athletics for media relations, in charge of day-to-day media operations for men's basketball, softball, bowling, men's and women's golf, volleyball and women's soccer. He has made Valparaiso – both the city and the university – his home.

A lot of Leavitt's work takes place behind the scenes. He writes game notes, updates student-athletes bios, handles media credentialing and, depending on whether or not an intern is available, handles photocopying and hospitality duties. Now, with the men's basketball team preparing for tournament time, is the busiest time of the year for Leavitt.

"If it's televised, I have to block out some time to attend shootaround, talk with the play-by-play [announcer] and the color commentator (and) see if they need anything for the game. If it's not on TV, I can kind of relax a little more."

Leavitt generally tries to be ready for a home game two hours before tip-off. With his other duties taken care of, he can make sure the visiting radio team is set up and introduce himself to sports writers and other media personalities who may not have covered events at the Athletics-Recreation Center before.

Once the game starts, Leavitt is on the front lines, running the stats computer at the scorer's table. After the game, he moderates the press conference and writes a recap to post on the school's athletics website.

Off days mean shorter hours, but Leavitt isn't necessarily less busy. Men's basketball is his primary focus during the season, but other sports seasons overlap and there are always plenty of projects to work on and meetings to attend.

"Off days are about preparing for the next game, especially during basketball season. I prepare game notes and catch up on other stuff," Leavitt said. "We use the off-days as catch up for that other stuff. We have weekly game management meetings that I have to attend and other meetings that someone in my position has to deal with on the administrative end."

The school year is a daily grind for someone in Leavitt's position, but summer months provide a relief from the hustle and bustle. When school isn't in session, Leavitt takes vacation days and works on projects such as updating record books.

"It's basically a big catch up time for all the stuff you want to do during the year but don't have time for between home games and traveling," Leavitt said.

When he's not working, Leavitt takes time to enjoy the city he has made his home. He used to live near campus, but said it felt like he was constantly at work. His new home on the city's far northside offers him a balance between work and a life, but still just a 10-minute commute.

In his downtime – which there's not a lot of – Leavitt eats at local restaurants and roots for the St. Louis Cardinals, a team he adopted thanks to a pennant on the wall of his first-grade classroom. He's a semi-regular at Inman's, where he bowls around a 160 average.

"The community (is) a good fit for me," Leavitt said. "Between the university and the community, I just felt really comfortable from the moment I stepped on campus as a freshman.

"I enjoy getting to work with Division I athletes but not at the sprawling level. You really do get to make personal relationships here that you might not necessarily get at some bigger schools. I think that's part of the reason why I feel so comfortable here."