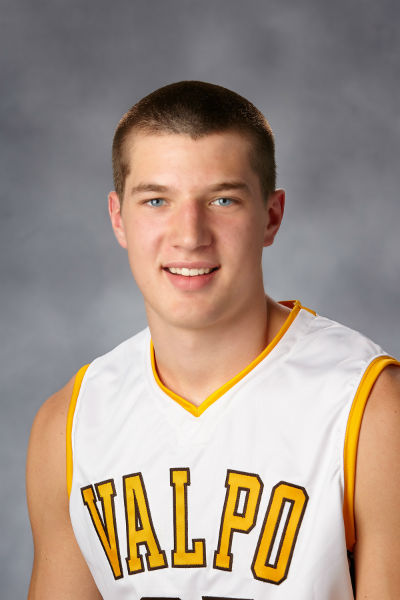 A freshman at Valparaiso University, Alec Peters hasn’t been in Northwest Indiana very long, but it’s his impact in another community that is catching attention.

Peters and the Crusaders had just suffered a four-point loss at Ohio when the freshman found out his hometown of Washington, IL, had been caught in a string of severe storms that unleashed dozens on tornadoes across the Midwest. Parts of the city had been completely demolished.

“I was on the phone with my mom, in the hallway after the game and I just kind of sank to the floor and broke down,” Peters said. “It was really overwhelming and really hard to handle. But I just sat there and the coaches came over and comforted me and we just prayed and hoped for the best.”

Thankfully, Peters’ family was unharmed by the storm. But he did have friends who lost their homes.

Peters decided right away that he needed to go home and see what he could do to help.  Valparaiso coach Bryce Drew excused the freshman from the team.

“Once you got to town, there were police everywhere, directing traffic, telling you where you can and can’t go,” Peters said. “My dad came and picked me up in the truck and he knew a way to into town where we could get to the debris and we just tried to recover some of our family friends’ belongings and just tried to whatever we could to help out.”

Peters admitted it was hard to leave, but he had to get back to school and back to his team. He was thankful for basketball, which helped him put the situation back home in the back of his mind for a while. 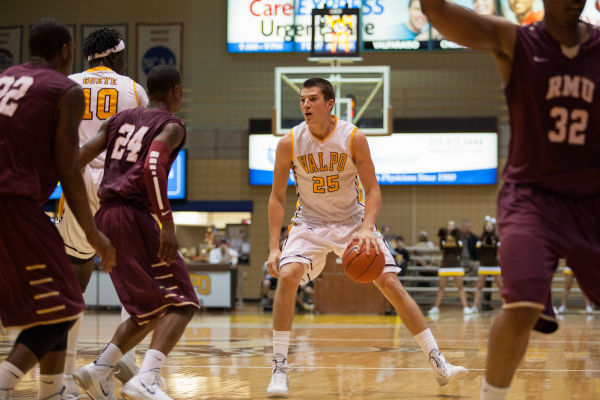 “A lot of the focus in my mind was ‘Is my family okay? Are my friends okay?’ but I knew they were going to be,” Peters said. “I wanted to make sure I was okay too. I got back and had practice and then a game, so it took my mind off of it a little bit.”

The Crusaders traveled to Evansville shortly after Peters returned to campus. Prior to the game, the freshman – who starts on the team – dedicated his performance against the Purple Aces to his hometown and all those affected by the storms.

Peters put his town on his back that night, scoring 30 points while hitting seven 3-pointers. Unfortunately, Valparaiso came up short in the contest. But the freshman had made his mark.

“It felt great. If the outcome was [different] then it would’ve been a lot better, but I went into that game having a heavy heart for my city and I wanted to make them proud, to give them something to be happy about in the tough times,” Peters said. “I did that, and a lot of people were excited about it. That was the greatest feeling, to get a call from a family that doesn’t have a house anymore but was able to watch the game and be happy about it.”

Peters became the first freshman in the Horizon League to score at least 30 points since Detroit star Ray McCallum put up 31 at Eastern Michigan on Dec. 11, 2010. He’s the first Valparaiso freshman to score 30 points since Raitis Grafs against Belmont on Jan. 10, 2000.

With basketball season in full swing, Peters has no set plans to return to Washington. But when he gets a chance, he’ll be there. And he’ll be ready to help.